Bittern Monitoring in the UK: Summary of the 2009 Season 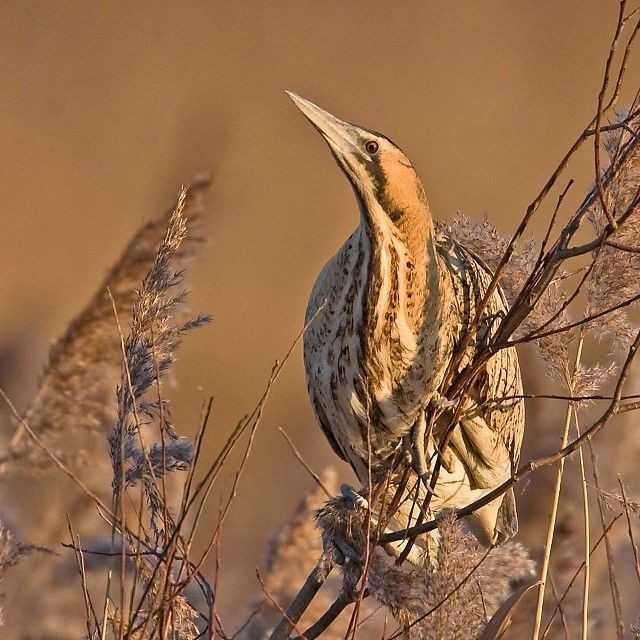 It has been encouraging that there has been another increase in the number of boomers this year, following on from the 47% rise between 2007 and 2008. However, the coldest spell of weather since the mid 1990s, in January and February, did appear to delay booming at sites across the country and no booming was recorded at nine sites that were occupied in 2008. On a more positive note, the ten sites where booming was confirmed for the first time were widely scattered. Reedbed restoration and creation work was undertaken at three of these new sites through the second EU LIFE Bittern project, which ran from 2002 to 2006.

Contact Us: The Bittern Monitoring Programme will continue in 2010, as a joint project between Natural England and RSPB. RSPB field staff will be starting to monitor booming Bitterns from early March and will be contacting landowners, site managers and other contacts from this time. With reedbed creation throughout the UK and an expanding Bittern population, we are increasingly reliant on landowners, site managers, wardens and local birders to report booming to us. Please keep an ear out for them next spring, even at sites where they have not been heard for many years. To report an observation or for more information on the best survey methods and when to listen, please contact Simon Wotton.
Content continues after advertisements
Written by: Simon Wotton