Following recolonisation of the UK early in the 20th century, Bittern numbers increased to a peak of about 70 booming males in the 1950s, but then fell to fewer than 20 in the 1990s, with similar declines witnessed in many other countries in Western Europe. By 1997, there were only eleven booming male bitterns in the UK; these were mainly within Norfolk and Suffolk, but with a small outlying population at Leighton Moss, in Lancashire. This historic decline and current rarity has led to Bittern being a UK BAP species and included on the red list of UK Birds of Conservation Concern. Bittern is also on Schedule 1 of the Wildlife and Countryside Act and Annex 1 of the EC Wild Birds Directive. 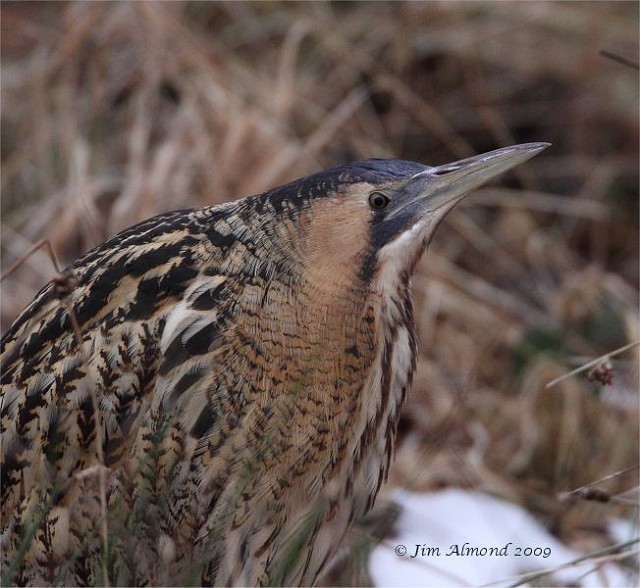 A joint RSPB/Natural England programme, funded through Natural England's Action for Birds in England, has been responsible for monitoring the numbers of UK booming male Bitterns every year since 1990. The main aims of the annual survey are to:

Since 1997, there has been a steady increase in the number of booming Bitterns, up to a peak of 55 boomers in 2004. There was then a slight decline in the following two years, with 44 boomers recorded in 2006, with an encouraging increase again in 2007, to 51 booming males. 2008 has been an astonishing year for Bitterns in the UK. The population of booming males has increased to its highest level since the monitoring programme began, and up to or even above the 20th-century peak that was reached in the 1950s. There was a minimum of 76 booming males confirmed in England, a substantial increase of 49% since 2007. 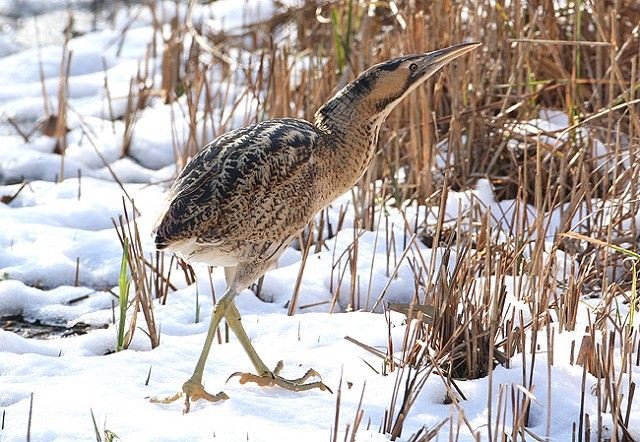 Please contact us if you hear any booming bitterns this year

With reedbed creation throughout the UK and a rapidly expanding Bittern population, we are increasingly reliant on landowners, site managers, wardens and local birders to report booming to us. Please keep an ear out for them this spring, even at sites where they have not been heard for many years. To report a booming record or for more information, please contact Simon Wotton, on 01767 693396 or 07880 787035 or at simon.wotton@rspb.org.uk.