Video footage taken recently in the northern Mexican city of Cuauhtémoc showed hundreds of Yellow-headed Blackbirds appearing to fall from the sky in unexplained circumstances.

Captured by security camera, the film shows a huge black cloud of birds plunging downwards before hitting the roof of a building and adjacent street pavement. Despite most of the birds managing to fly off, carcasses could be seen scattered across the street in the aftermath. 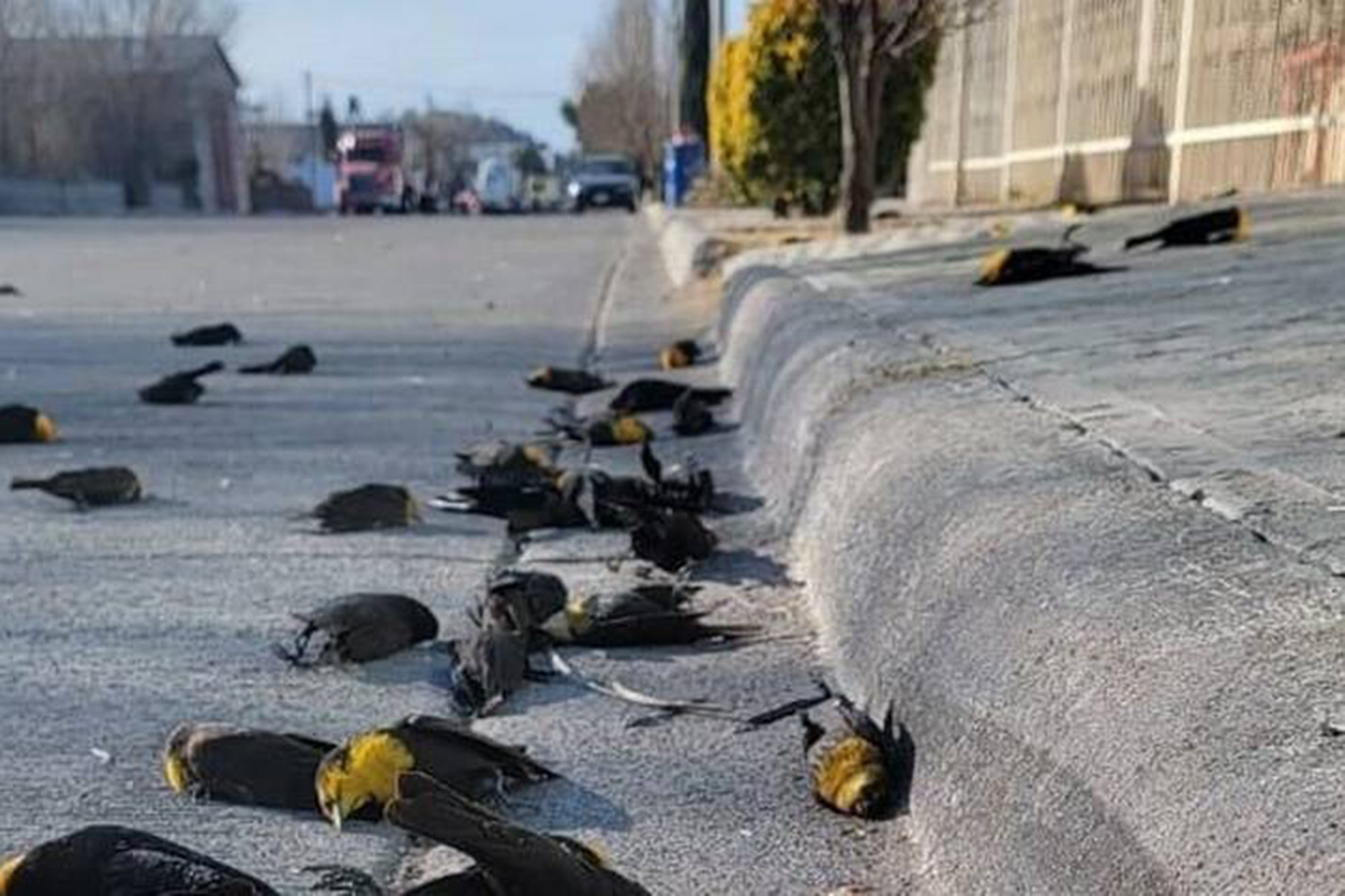 According to local Spanish-language newspaper El Heraldo de Chihuahua, the event occurred early on 7 February. A local vet had blamed it on high levels of pollution, while social media was rife with wild speculation – electrocution and even 5G technology were named among the possible culprits.

However, experts believe it is likely that a predator caused panic among the blackbird flock and drove them towards the ground, with the higher birds forcing those below to crash.

In an interview with The Guardian, Dr Alexander Lees, a senior lecturer in conservation biology at Manchester Metropolitan University, said: "For my part, and from one video and no toxicology, I'd still say the most probable cause is the flock murmurating to avoid a predatory raptor and hitting the ground.

"There always seems to be a knee-jerk response to blame environmental pollutants, but collisions with infrastructure are very common. In a tightly packed flock, the birds are following the movements of the bird in front rather than actually interpreting their wider surroundings, so it isn't unexpected that such events happen occasionally."

Dr Richard Broughton, an ecologist with the UK Centre for Ecology & Hydrology, also spoke to The Guardian, adding: "This looks like a raptor like a Peregrine Falcon or hawk has been chasing a flock, like they do with murmurating starlings, and they have crashed as the flock was forced low. You can see that they act like a wave at the beginning, as if they are being flushed from above."

On 10 February, a similar incident occurred near Waterston, Pembrokeshire, when approximately 200 Common Starlings were found dead in the middle of a road. Local resident Ian Mccaffrey told WalesOnline that he heard a large "electrical-type" bang as he left work in the evening, after which some birds fell out of the sky onto his car.

Although the cause was again unclear, it is likely that something similar was at play. Some have pointed to the nearby Dragon LNG plant as a possible cause.

Claire Eaton, who lives nearby, visited the site at 11 pm and was able to scoop up one of the stunned birds still alive and take it home, which she planned to release the following day. 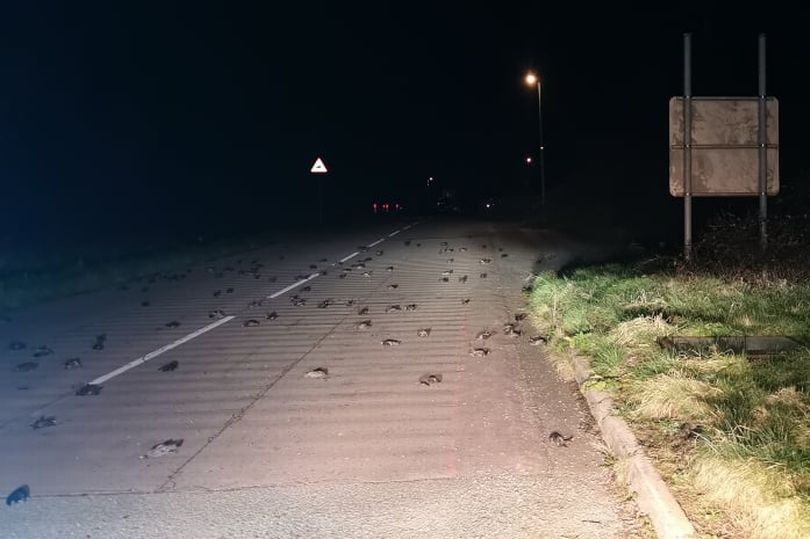 Around 200 Common Starlings crashed into the road near Waterston, Pembrokeshire (Michaela Pritchard).

In a statement, Pembrokeshire Council said: "Officers attended the site and there were around 200 starlings found dead on the road. The authority undertook a clean-up and removed the dead birds from site."

"There is no clear indication as to the cause of these deaths. We have reported the incident to the Animal and Plant Health Agency."

A spokesperson for Dragon LNG said there had been nothing unusual at the plant on Thursday and it was carrying on work as normal.

A similar incident occurred on Anglesey in March 2020, when saw 225 starlings were found dead along a country lane. The mass die-off was thought to be consistent with the birds avoiding either severe weather or a raptor in the area. Another episode involved around 200 starlings plummeting to the ground in Ferrol, Spain, in November 2021.