Six birds have died after glue traps were laid on a West Sussex nature reserve. Five Blue Tits and a Great Tit perished at Warnham Local Nature Reserve, near Horsham, after bird lime was placed on feeders and nearby vegetation. The RSPCA were alerted by rangers when the birds were found last Thursday, and the charity are now searching for three men who were seen acting suspiciously in the area around the time of the incident.

Several other Blue Tits were caught in the sticky substance, but after being taken to the Countryside Warden to be cleaned and rehabilitated over the weekend, many have now been released back into the wild. Under the Wildlife and Countryside Act it's illegal to trap or attempt to trap wild birds, and consequently the RSPCA are urgently searching for the three men. If found guilty, sentences could include imprisonment for six months, or an unlimited fine. 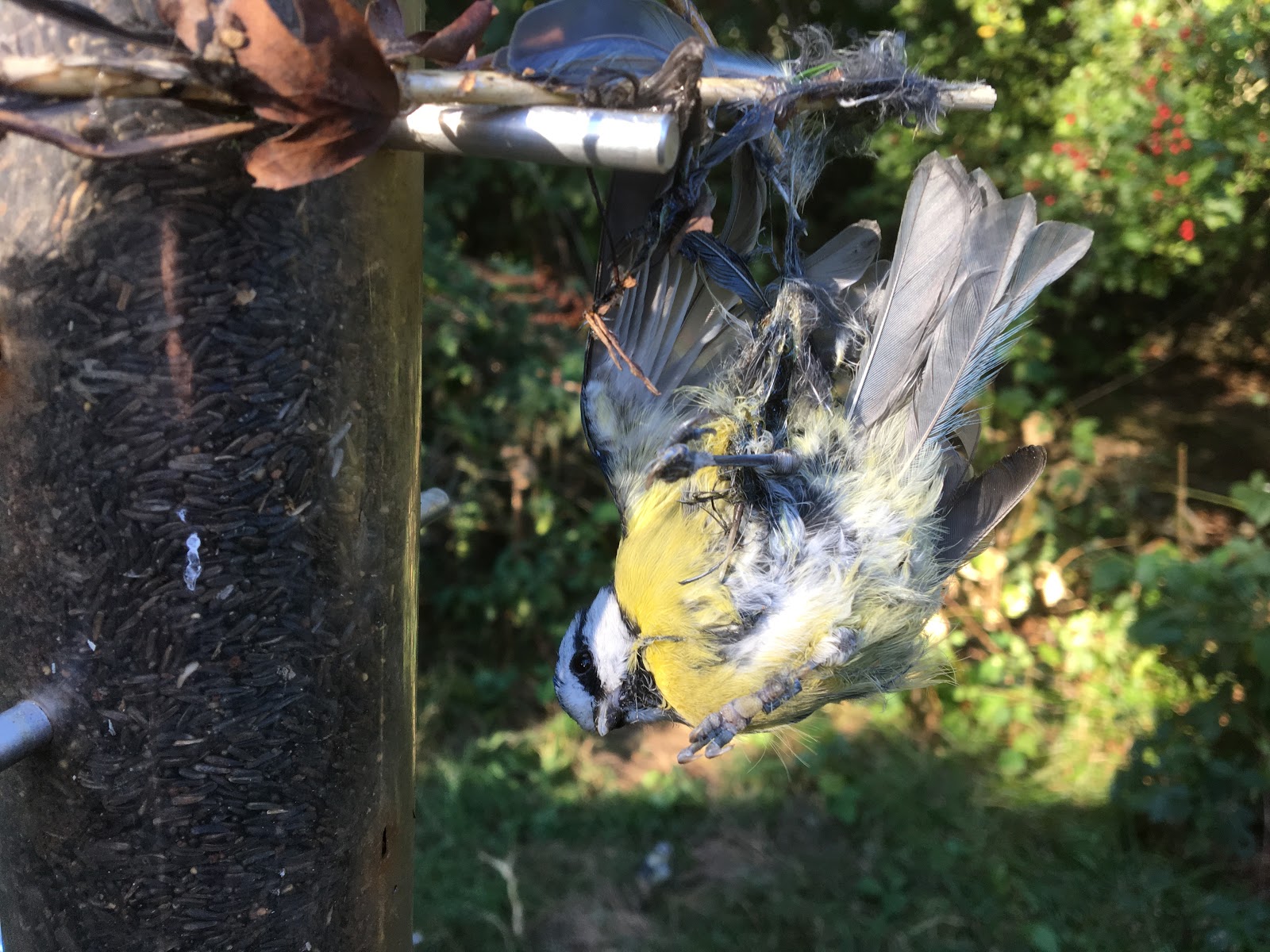 Five Blue Tits perished having been caught in the traps, but several survived the ordeal and have been released back into the wild (RSPCA).

A spokesperson for the RSPCA said: "We are working closely with the district council to investigate this incident and are appealing to anyone who may have any information to contact the RSPCA in confidence on 0300 123 8018. Using this method of trapping causes huge amounts of distress and suffering for the birds, and will also indiscriminately ensnare anything that comes into contact with it."

Two of the three men were described as being roughly 30-years old and six-feet tall, with short hair on the sides. The third man was older, shorter, and seen to be wearing a cap. The RSPCA added: "If anyone sees the three men described as acting suspiciously in the area again, we would urge them to call the police first, and then contact us."