Birds have died en masse at a Ukrainian nature reserve near Odessa.

The incident occurred at Tuzly Lagoons, with doctor of biological sciences Ivan Rusev stating that the park office received various reports of dead birds on the Burnas and Solyony estuaries in the reserve. 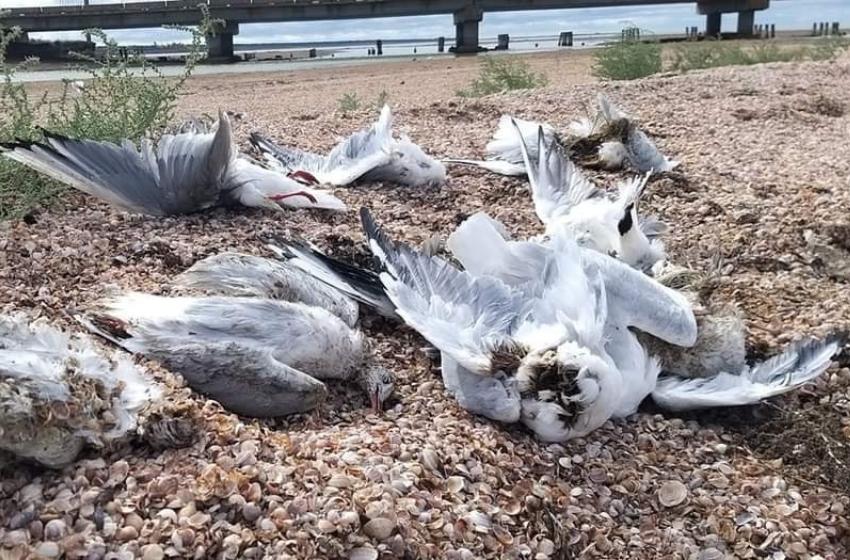 Black-headed Gulls lie dead on the ground at Tuzly Lagoons (via The Odessa Journal).

Rusev said: "The commission of the national park, together with veterinarians, surveyed the territory … and it was established that there are indeed dead birds in the shallow waters of the Solenoy and Burnas estuaries.

"But a detailed examination of the territory and water areas showed that there are dead birds only in the zone of these two estuaries, not far from no dead birds were found in other territories or water areas of our estuaries."

Veterinarians took samples for research. The causes of death are unclear, though there has been speculation that the incident was caused by chemical pollution of the estuary by heavy metals and other chemical compounds, including rocket fuel, due to the Russian bombardment of the Burnas zone.