The awards ceremony was hosted by comedienne Rhona Cameron and was attended by 650 industry professionals. They saw Dave Gosney of BirdGuides collect the coveted BAFTA mask, along with fellow BirdGuides directors Max Whitby and John Cromie, from Lord David Puttnam. 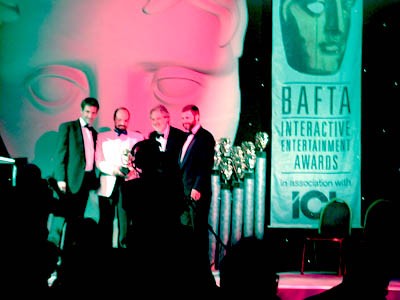 This is the second time BirdGuides has been up for a BAFTA award. Last year its CD-ROM Guide to All the Birds of Europe was nominated in the 'Best Factual' category. But it lost on the night to RedShift 3, a Dorling Kindersley CD-ROM.

This year Dave Gosney was so delighted to be nominated again that he decided to take the entire BirdGuides team down to London for the evening which began with a champagne reception followed by dinner, and continued into the small hours with a disco after the awards had been announced. 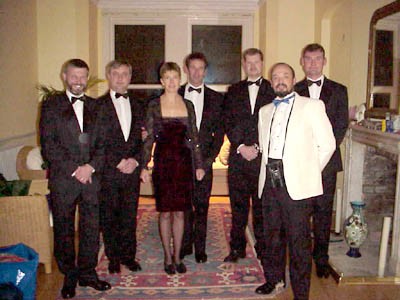 Even so, Dave was convinced BirdGuides wouldn't win - one of the other nominees was the glitzy Carlton Online 'Popcorn' site. Dave's reaction on winning?

He said: "I'm really delighted and surprised. We were up against the big boys and I didn't think a small company like ours stood a chance!"