Coastal gardens with good cover are always wonderful places for migrants. Along the east coast of England few have a greater reputation for turning up mouth-watering rarities than the Vicarage garden on Holy Island.

The Northumbrian island, famed as the cradle of Christianity in the north, the Lindisfarne Gospels and the first Viking raid on England, is a hotspot during autumn and spring when it has the reputation of turning up many sought-after species.

Over the years, the Vicarage garden which slopes down to the beach, has hosted a superb list of rarities. Although the garden itself is private, the stone wall on the south side is at ideal elbow height for resting binoculars. It’s usually the first spot to be checked by birders visiting the village.

In autumn it can be wonderful if wind and weather are favourable. It’s not unusual for its mature sycamores to hold up to half a dozen Yellow-browed Warblers at a time, hyper-actively searching through the crumbling leaf cover. Other goodies on the garden list include Pallas&#39;s, Radde&#39;s, Dusky and Arctic Warblers, Red-flanked Bluetail, Red-breasted Flycatcher, Firecrest, Common Rosefinch and Great Grey Shrike. In addition, it has all the common and regular warblers and northern thrushes and finches, for which the island is such a magnet. 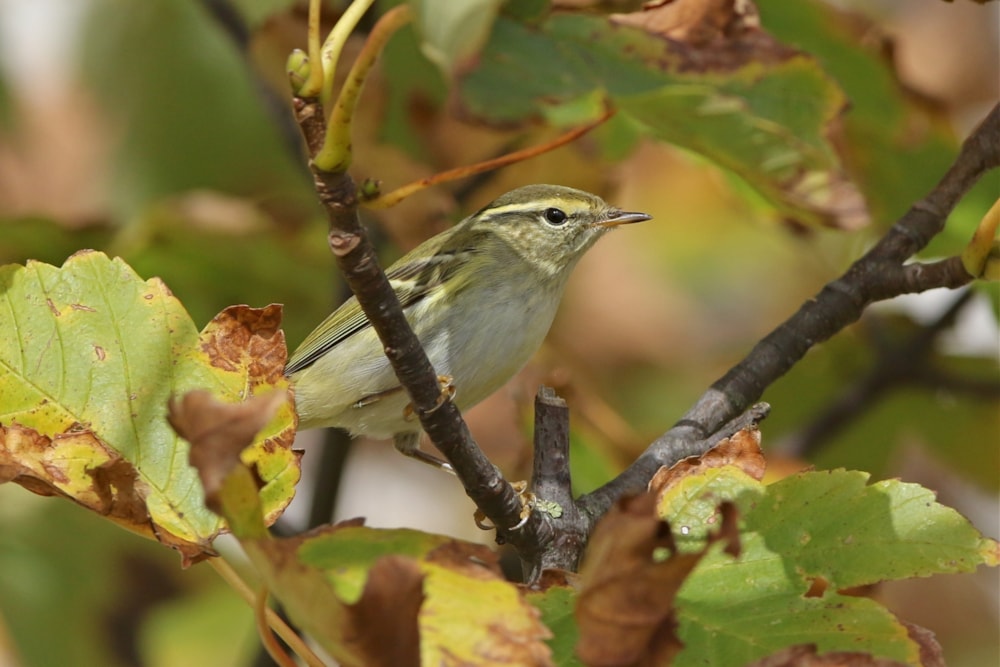 The sycamores in the Vicarage garden routinely produce Yellow-browed Warblers in the autumn months (Richard Bonser).

In spring the garden can be equally rewarding, having hosted Red-backed Shrike, Subalpine and Marsh Warblers and Firecrest and a supporting cast of all the common migrants which pass northwards.

The Vicarage has even attracted species not normally associated with gardens, including Common Kingfisher and European Nightjar. At the bottom of the garden is the beach and, 50 metres away, St Cuthbert's Island which provides a high tide roost for hundreds of waders.

Stretched out behind is the rich Lindisfarne National Nature Reserve. Its avian celebrities, the Svalbard Pale-bellied Brent Geese, are always present between September and March along with thousands of other wildfowl and waders and huge gatherings of "singing" Grey Seals hauled out on the sandbars.

All are within sight and sound of birders at the garden wall. Now Canon Dr Sarah Hills, who took over as vicar of St Mary the Virgin, the island parish church, earlier this year is hoping birders can give something back to the community.

Birders checking the garden are being invited to drop a donation into a collection box which has been installed at the wall. Contributions will help the upkeep of the church which dates back to the Anglo-Saxon period and which, like all old buildings, is in need of almost constant repair. 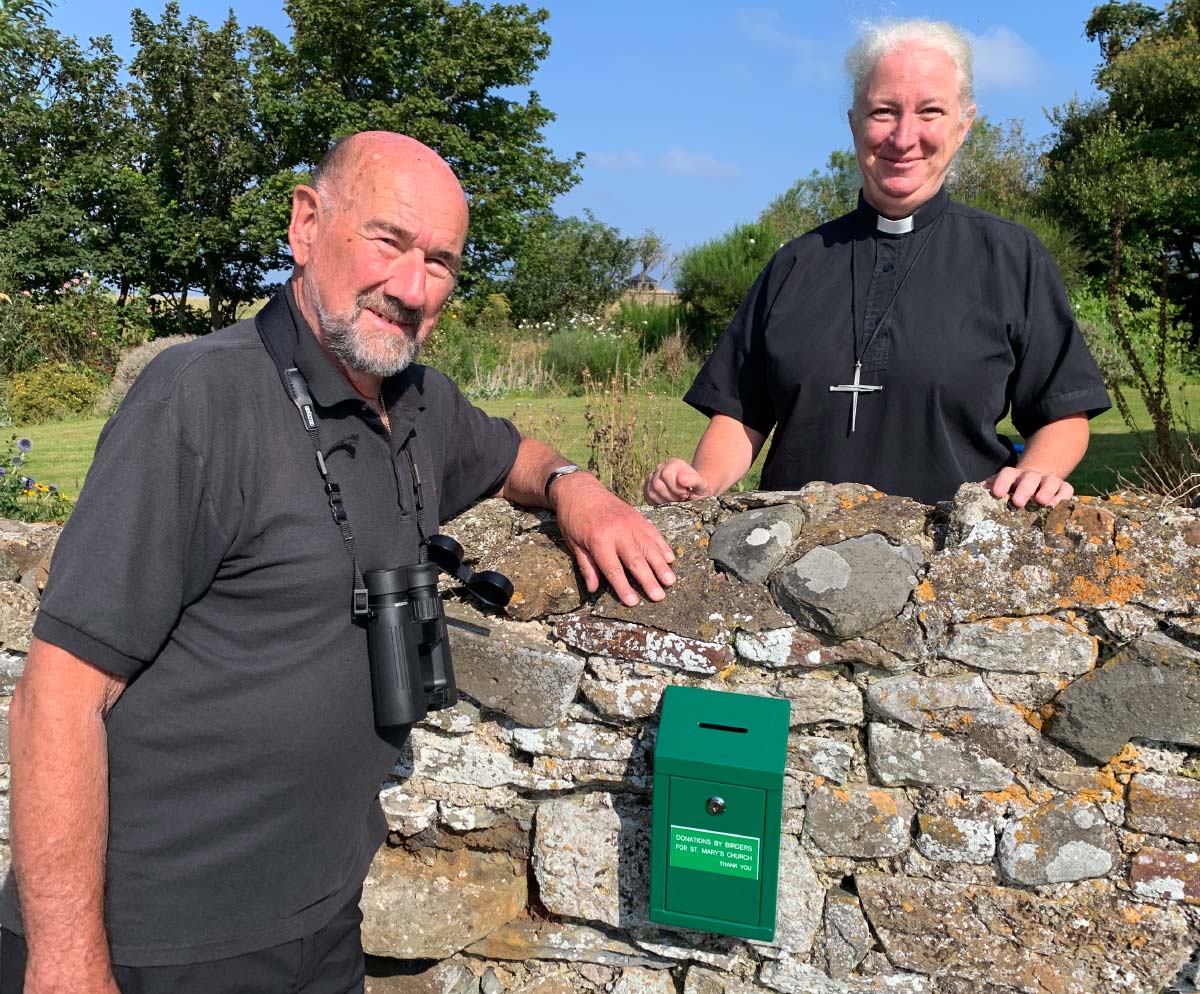 Ian Kerr and Dr Sarah Hills with the newly installed collection box at the Vicarage garden.

"We are extremely lucky to have such a wonderful garden which attracts so many birds. We want birders to continue enjoying them and if they can help a bit, all the better," she said.

Vicar Sarah is being supported by island author Ian Kerr whose hardback guide, The Birds of Holy Island, is now in its second updated edition.

"For years I've thought it would be a good idea and I'm delighted that the idea has been taken up. It will certainly give everyone a chance to show their appreciation of this wonderful facility. After all, a good rarity is worth a bob or two of anyone's money," he added.

The box has been donated and installed by Dr Max Whitby, co-founder of BirdGuides, and now Chairman of NatureGuides, who has a home on the island.

Ian's book is available at the island Post Office and Heritage Centre or from www.natureguides.com. It provides a comprehensive account of island's history and its naturalists down the centuries from St Cuthbert to modern-day visitors. There are full seasonal accounts and details of 337 species recorded up to publication. An update, bringing the species list to 341, is now available as a free download from the publisher's website.

The wealth of the area's birdlife can be judged by the fact that of the 400-plus species recorded in Northumberland no fewer than 34 made their first (and often only) appearances on the island.