Bird Photographer of the Year (BPOTY), a collaboration between the British Trust for Ornithology and Nature Picture Library, has announced the winners for the 2017 competition.

Head judge Chris Packham commented: “The standard of photography was extremely high and myself and the other judges were treated to some fantastic bird photographs, but congratulations must go to Alejandro Prieto Rojas for his sublime image of flamingos, an incredible balance of colour, composition and emotion.” 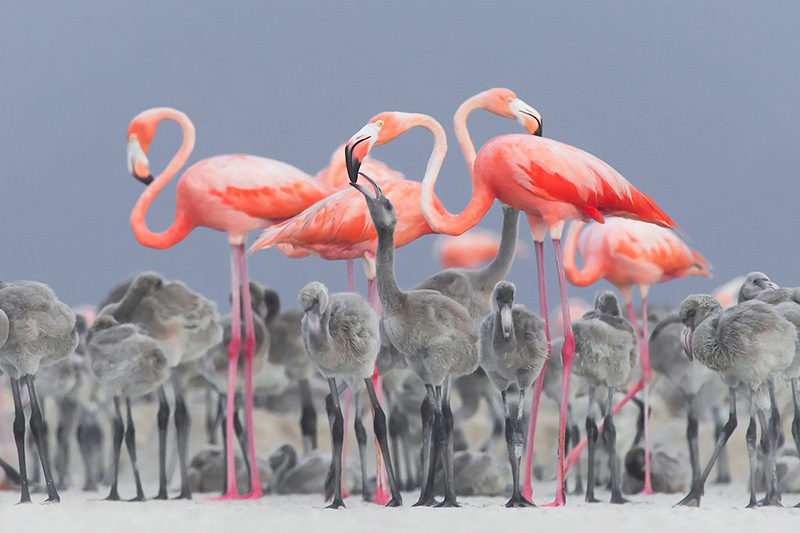 The winner of the Young Bird Photographer of the Year competition was also announced. From the Czech Republic, Ondrej Pelanek’s ethereal image of a Whiskered Tern took first prize.

The award ceremony will take place at Birdfair at Rutland Water on Saturday 19 August, where Chris Packham will hand out the well-deserved prizes in the main events marquee at 4.15 pm. The 2018 competition will then open for entries at midnight on this date. There are seven categories to enter; find out more and upload your photos at the competition website.

BPOTY helps raise funds for the BTO, so far having raised over £5,500 from entry fees alone. The money has been used to help support the BTO’s young birders programme, aimed at engaging a younger generation of naturalists and ornithologists.

A competition book, published by William Collins, is also available. This lavish 256-page volume showcases the very best imagery from the competition and features the stories behind the images as told by the photographers themselves, plus all the technical camera information.