The outbreak of highly pathogenic avian influenza (HPAI) has significantly worsened on the Pembrokeshire island of Grassholm since it was first reported in early August.

The RSPB has reported that mortality of Northern Gannets is estimated to be in the "low thousands".

The original outbreak occurred on the eastern edge of the main colony and then appeared to spread in a linear fashion reaching the two extremities of this line. On 9 August RSPB staff noticed it had spread to an area on the west side of the island with boat based photographs showing multiple dead or dying birds there. 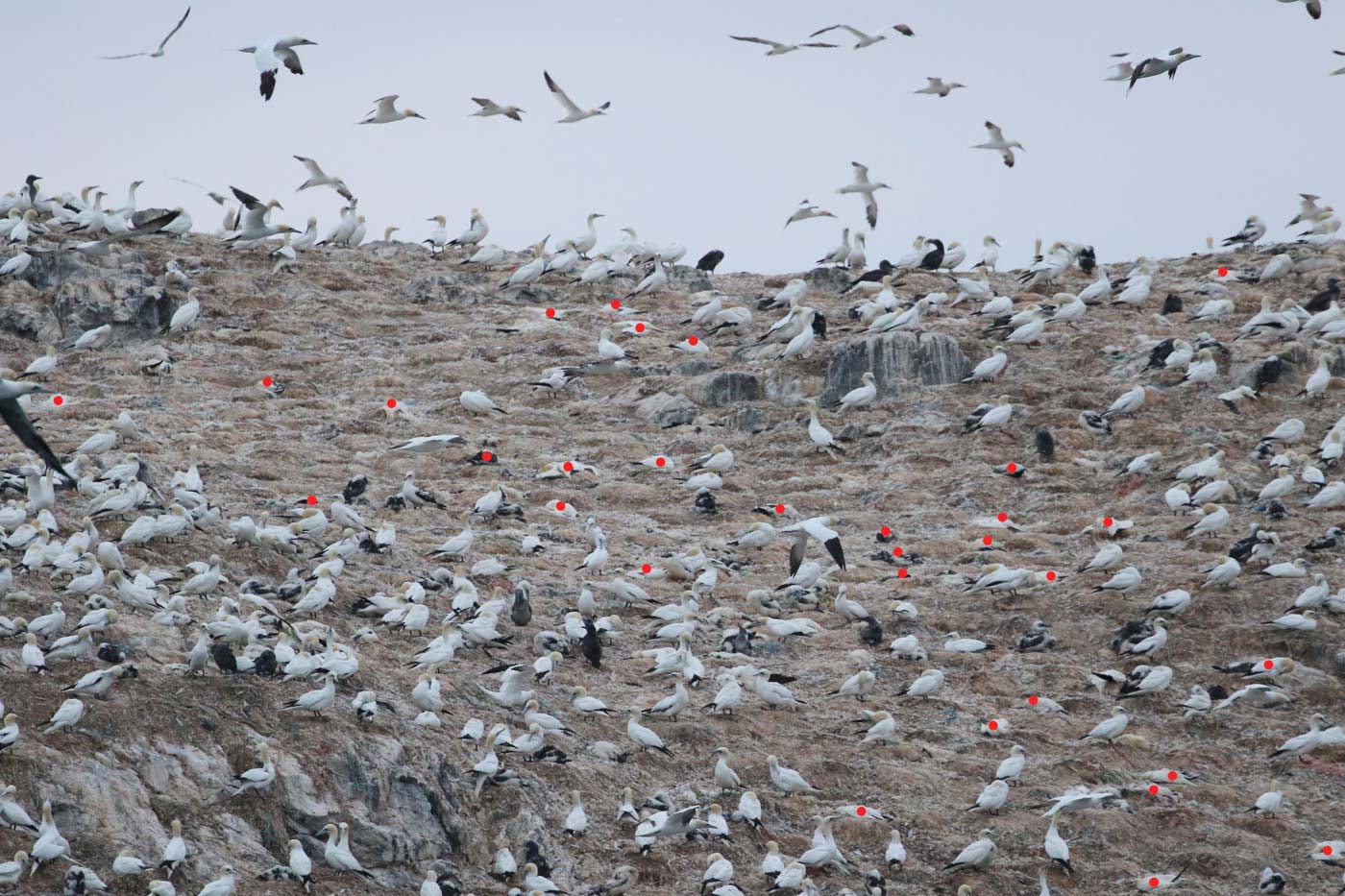 Large gaps littered with dead adults and chicks are appearing in the Grassholm Northern Gannet colony. The red dots all represent dead birds in this photo (G Morgan / RSPB).

On 18 August a drone was flown over the island to get a bird's-eye view of the situation. This revealed an area in the centre of the island which had been hit and the numbers of dead and dying birds on the edge of the colony or floating on the water had begun to increase.

Since then, the impact of the disease has increased yet further with increasing gaps appearing around the known areas of outbreak. Dead birds are now washing up on Ramsey Island's beaches most days and reports from the mainland are increasing from as far south as Freshwater East, in the south of the county, up to New Quay in Ceredigion.

Grassholm is home to 36,000 breeding pairs of Northern Gannets and there are still many thousands of seemingly healthy birds, with good numbers of big, healthy chicks about to fledge. RSPB staff are hopeful that the disease hitting the island later in the season means that at least some birds will avoid the disease.