An outbreak of avian influenza has caused the deaths of 598 Dalmatian Pelicans at two sites in Greece.

Greek authorities were on alert after 6,000 Common Cranes died from the virus in Israel at the end of 2021. However, conservationists were not expecting pelican mortality at this scale.

Most of the dead birds, some 574 individuals, were counted at Lake Mikri Prespa, the world's largest Dalmatian Pelican colony, with another 24 at Lake Heimaditida. The sites are so remote that drones are needed to survey the birds and the army has been called in to help collect the dead birds.

Samples were sent to the Veterinary Service of Florina, where it was confirmed that there had been an outbreak of H5N1. Once gathered under strict protection measures, the dead pelicans will be incinerated.

Myrsini Malakou, director of the Society for the Protection of Prespa, said: "All international and local organisations and cross-border partners have already been notified about the phenomenon, as well as residents of the surrounding areas." 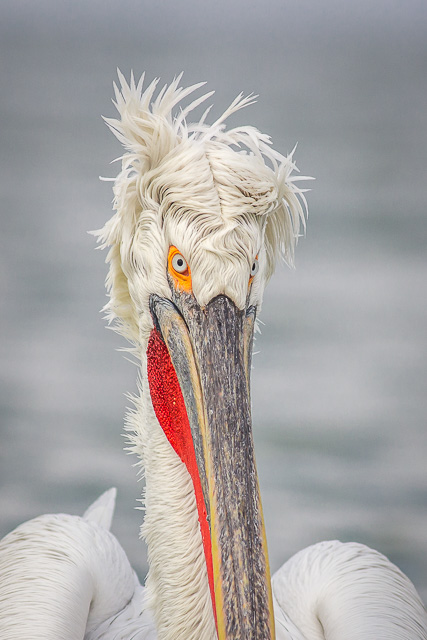 Almost 600 Dalmatian Pelicans have perished in Greece due to an avian flu outbreak (Iordan Hristov).

Dalmatian Pelican is classified as Near Threatened by International Union for the Conservation of Nature (IUCN), with an estimated global population of between 5,693 and 8,984 pairs in 2017. Around 1,400 of these pairs nest at Lake Mikri Prespa.

Ms Malakou explained that authorities "have to move fast" to remove the bodies if pelicans are to nest successfully this year, as "use of disinfectants in the colonies is not recommended."

She said that the situation had been "explosive" from mid-February. Last year, 70 dead Dalmatian Pelicans were recorded.

The municipality of Prespa ordered local residents to keep poultry indoors and to report any suspicious symptoms in their birds, such as facial swelling and respiratory issues. People who come into frequent contact with wild birds have been told to notify authorities on finding any dead or dying birds.