Avian influenza (HPAI) has wiped out thousands of Caspian Terns on Lake Michigan this summer, according to the Wisconsin Department of Natural Resources.

Routine monitoring of islands around the Door Peninsula in Wisconsin in early June produced a horrific shock for ornithologists, who found no fewer than 1,476 dead adult terns strewn across several colonies. The death toll for Gravel Island and Hat Island combined was 1,221.

Many other birds were nearly dead and displayed neurological impairment including head tremors, head tilting, loss of co-ordination and were unable to walk or fly properly. 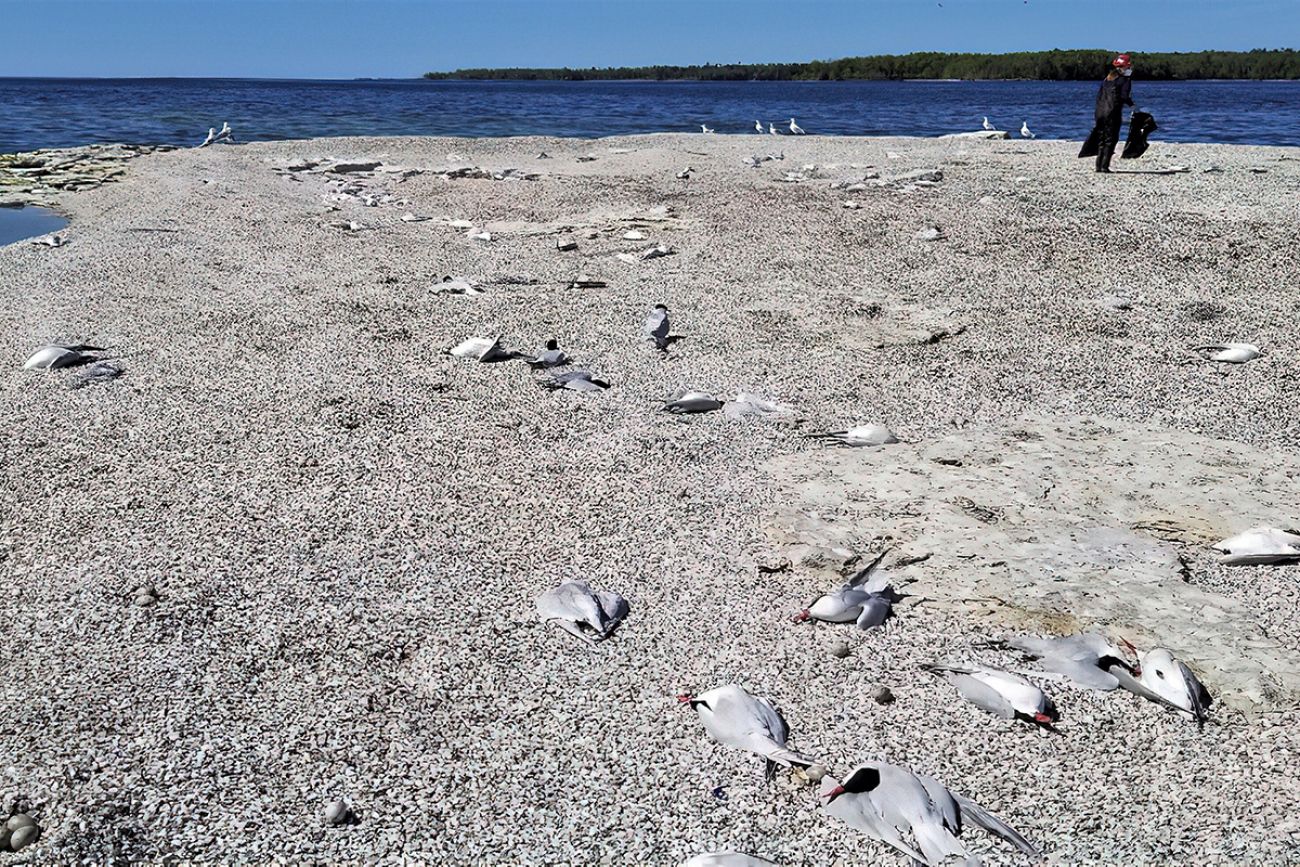 The die-off is a huge blow to the Great Lakes Caspian Tern population, which had been slowly growing in recent years. Sumner Matteson, avian ecologist with the Wisconsin Department of Natural Resources, said: "I've seen a lot in my career, but this is the worst. It's absolutely catastrophic."

Matteson estimated that 64% of adult Caspian Terns had died of HPAI this summer and that it would take decades for the population to recover.

Other colonial waterbirds have been hit hard in the area. More than 1,100 Double-crested Cormorants, 106 American White Pelicans and 71 American Herring Gulls were logged in Wisconsin alone – although the area's Common Tern population has mercifully escaped the worst, according to Matteson.

Avian flu has been reported from at least 42 US states during the current outbreak, and conservationists fear that more bad news is yet to come.