Bird dies after getting caught in coronavirus face mask

An American Robin has died after it became caught in a discarded face mask, the type being routinely worn worldwide by people trying to prevent the spread of coronavirus.

Environmentalists' warnings about the risk of unwanted coronavirus protective gear to wildlife have been made evident in a photograph of the bird, which died after becoming entangled in the mask. 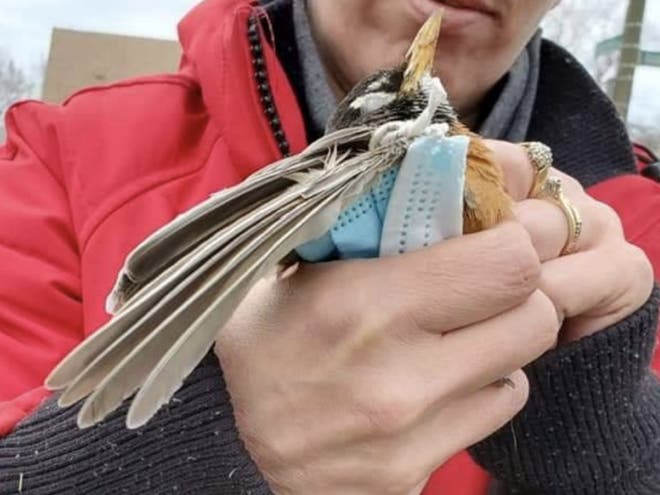 The photos were posted on Facebook last week by Sandra Denisuk, from British Columbia, after she found the bird with a blue medical face mask wrapped under its beak and wing. The mask appeared to have blown into a tree. Denisuk wrote: "Do not throw away your masks or gloves on the ground. This bird is innocent victims of man's carelessness.

"Animals can't help themselves or each other, look what we are doing to them. This bird was caught in a tree for two days. The masks elastic ear material was also wrapped around its neck … please share this. Unfortunately the bird did not make it. Gloves are also dangerous for animals."