An investigation has been launched after a number of Red-legged Partridge carcasses were discovered 'pegged up' as part of an apparent trap in Northern Ireland. As well as the partridges, raw meat – seemingly burgers – were left out in what's believed to be an attempt to poison wildlife. The discovery was made in the Victoria Road area of Derry, according to The Police Service of Northern Ireland (PSNI).

PSNI has consequently appealed for any information and have said that the carcasses and raw meat were being examined to find out "what surprises" had been left on them. It has also confirmed the belief that the trap was set up specifically to target wildlife, although exactly what species were in mind remains unclear.

In its latest bird crime report, the RSPB confirmed five cases of bird persecution in Northern Ireland in 2017, including one incident in Co Derry. However, Mick Conway – who works at Roe Valley Country Park in Co Derry – believed it may have been set to poison mammals and said: "Foxes and badgers are targeted a lot, more than people might realise."

A PSNI spokesperson commented: "The current popular poisons used for wildlife crime are toxic to humans and potentially fatal to children. It beggars belief that these have been left in a public place where kids could pick them up. An investigation has commenced, the reference number is CCS 1208 16/2/19 anyone with any information please ring 101." 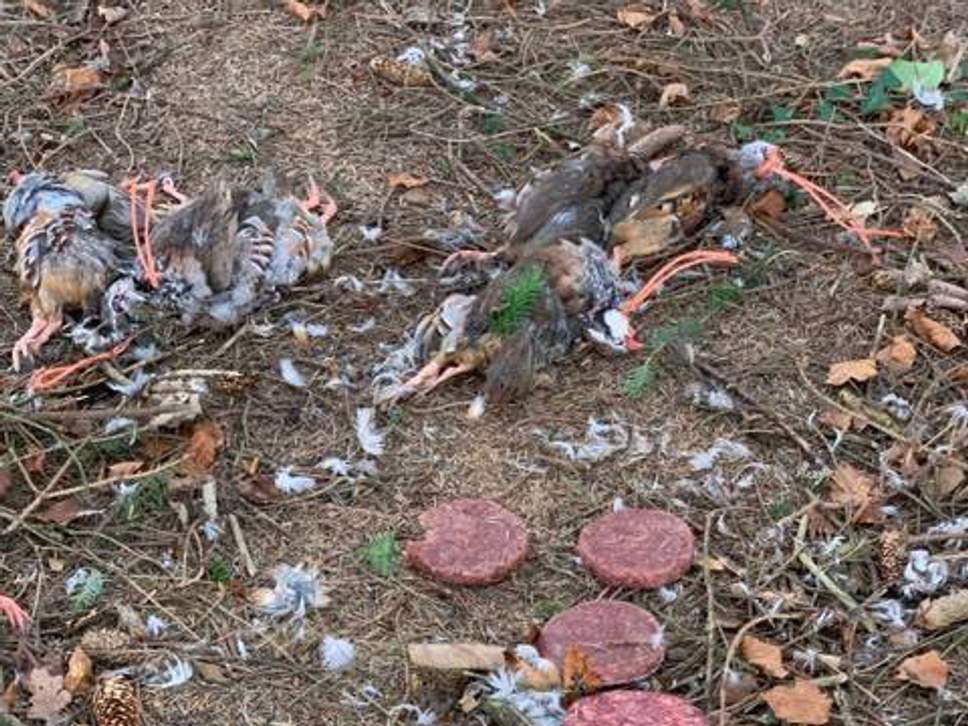 The poisoned partridges and raw meat were found hanging above the ground (Facebook/ PSNI Foyle).