Big scat hunt to sniff out the martens!

The long search for clinching proof that the Pine Marten still exists in Yorkshire took a smelly turn on Saturday 15th August. Nearly 30 volunteers and conservationists joined forces to stage possibly the biggest scat (droppings) hunt in the history of the North York Moors. The search has been organised by the Forestry Commission, Vincent Wildlife Trust and North York Moors National Park Authority. 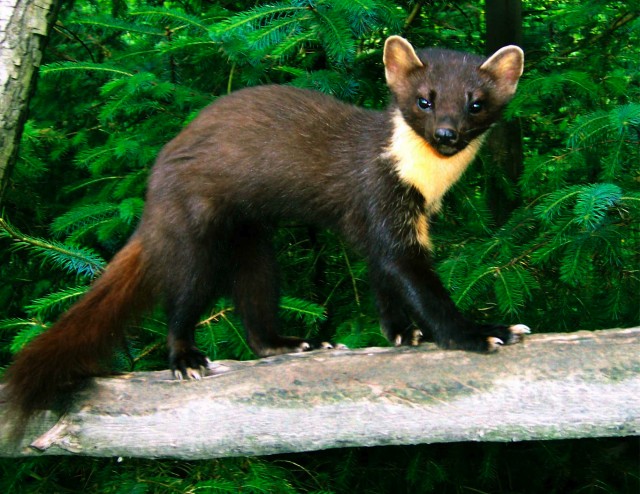 Only ten years ago the tree-climbing Pine Marten — the second rarest carnivore in Britain after the Wild Cat — was written off as extinct in England by some experts. But on a Forestry Commission estate in the west of the National Park forest chiefs were prompted to erect baited hair tubes and dens aimed at recovering either follicles or droppings from which DNA could be extracted. The aim was to obtain conclusive proof that creature is alive and kicking locally.

Now the net is being widened and 3,000 hectares (7,500 acres) of woodland was searched for marten droppings. Every search party brought back samples, which will be flown to a laboratory in Waterford, Ireland, for analysis. Brian Walker, Forestry Commission Wildlife Officer, said: "The fact that we have drawn a blank in our search so far is no surprise. The marten is nocturnal, often resides high in the trees and is probably very thin on the ground. What we need is conclusive biological evidence and finding scat is a good way to go about it. It is a bit like looking for a needle in a haystack, but having so many helpers on the hunt greatly increases our chances of striking lucky." 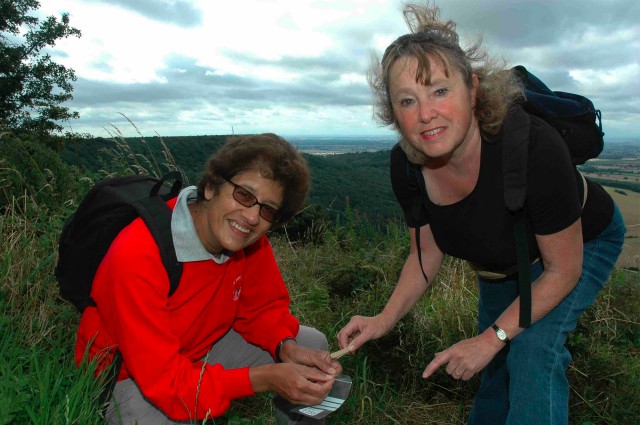 Before hitting the trail, volunteers were given a crash course on identifying marten droppings, which can look similar to those from a Stoat, but are larger, sweet smelling and often in an 'S' shape. The Vincent Wildlife Trust collates and scores all possible sightings of Pine Martens nationally. North Yorkshire comes out top of the league table in terms of the sheer number of convincing reports anywhere in England.

Rona Charles, North York Moors National Park Authority's Senior Ecologist, added: "Over many years people have been telling us they are sure they've seen a Pine Marten in the North York Moors, usually in the larger forests, but we have never been able to obtain 'proof positive'. This search offers us the best chance so far of confirming that they were not mistaken! We're delighted that National Park volunteers will be able to help try and solve this mystery."

Last year the Forestry Commission stepped up its marten search by fitting cameras to the trees at a woodland near Thirsk. Triggered by an infra-red beam, forest chiefs hope to obtain photographic evidence of the creature's continued existence.