TV wildlife presenter Steve Backshall and the World Land Trust are joining forces to save cloud forest in the Andes, home of many threatened bird species.

World Land Trust (WLT) — the international conservation charity — has joined forces with television presenter and conservationist Steve Backshall to raise £500,000 to save an important area of cloud forest on the eastern slopes of the Andes in central Ecuador.

The main fundraising effort will take place during Big Match Fortnight, from 1–15 October 2015, during which all donations to WLT's Forests in the Sky Appeal will be doubled thanks to 'match funding' pledged in advance by a small group of WLT's generous donors.

In recent years, Big Match Fortnight has raised considerable sums for WLT's conservation programmes. In 2013, for example, World Land Trust raised more than £725,000 to protect a wildlife corridor along the northern bank of River Kinabatangan in Malaysian Borneo, and this year World Land Trust has set its sights on raising £500,000 in the first two weeks of October to protect some of the world's finest cloud forest.

If successful, the Forests in the Sky Appeal will fund the purchase and protection of a cluster of properties lying between Los Llanganates and Sangay National Parks in the Eastern Andes of Central Ecuador, saving at least 2,000 acres of land. The target properties are adjacent to reserves already owned and managed by the Ecuadorian conservation organisation Fundación EcoMinga, which has been working in partnership with WLT since 2007.

The land to be saved is home to a wide range of threatened and endangered birds and mammals, including Spectacled Bears, Mountain Tapirs and Black-and-chestnut Eagles, while the Near Threatened Andean Condor also has a stronghold in the area. The target properties are a priority for protection because once secure, they will help bridge gaps in the Forests in the Sky Corridor on the west side of the broader Llanganates Sangay Corridor. 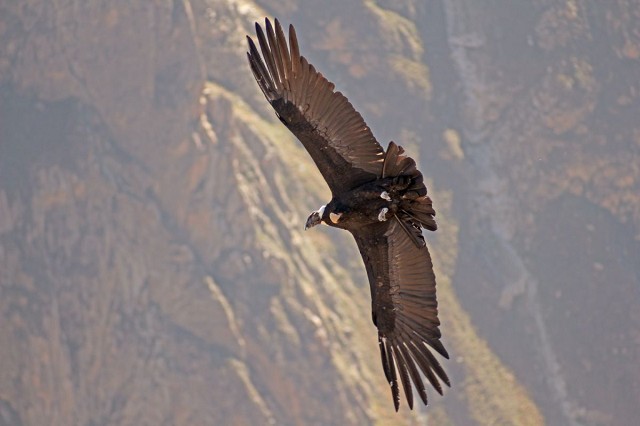 In support of the appeal, Steve Backshall said: "I love Ecuador. I love the rainforest and its creatures great and small. To me, it is just as important to save poisonous frogs and discover tiny new orchids as it is to save large mammals such as Spectacled Bears. Each is unique and important, and this latest WLT project has them all, just waiting to be saved. This is a great opportunity to make your donation go twice as far and I hope that together we can save the Forests in the Sky Corridor."

Lou Jost of Fundación EcoMinga said: "I am so thrilled that WLT agrees that this is an exceptional opportunity to extend EcoMinga's network of reserves in Llanganates-Sangay Corridor. I am confident that species new to science will be discovered once the target properties have been purchased and protected."

For further details on the Forests in the Sky Appeal visit World Land Trust.