More than half a million people joined in the world's largest garden wildlife survey, turning their eyes to the garden to watch and count over eight million birds during the 37th RSPB Big Garden Birdwatch and witnessing some exciting and interesting changes among our most popular garden birds.

The tiny Long-tailed Tit has flown into the Big Garden Birdwatch top 10 — the first time in eight years — after the average number seen visiting gardens across the UK increased this year by 44 per cent. The highly sociable species is likely to have benefited from the mild months leading up to January's Birdwatch, making an appearance in over a quarter of participants' gardens. 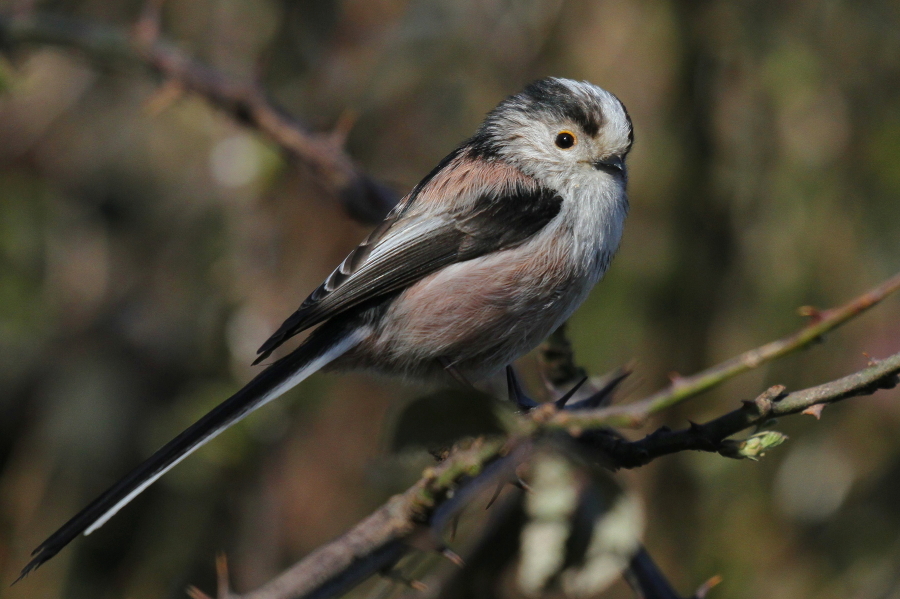 RSPB experts are linking the increase in sightings of Long-tailed Tits, as well as other smaller gardens birds such as Coal Tit and Goldcrest, to the mild weather in the months leading up to the 2016 Birdwatch. Small, insect-eating birds like Long-tailed Tits are particularly susceptible to the cold as the food they rely on is hard to come by in frosts and snow so milder conditions are likely to have contributed to a higher survival rate. 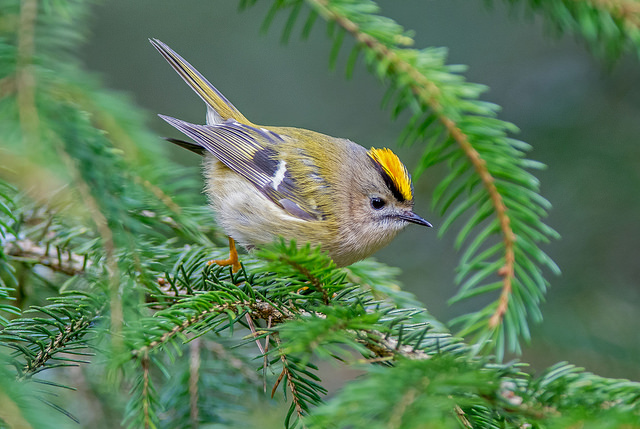 Dr Daniel Hayhow, RSPB Conservation Scientist, said: "This year's survey was another brilliant year for the Big Garden Birdwatch. More than half-a-million people took part counting a bumper 8.2 million birds, proving us with valuable data which helps to build a better picture of how our garden birds are doing.

"The weather can have varied effects on different groups of birds in terms of behaviour and habitats used. The increase in Long-tailed Tit sightings, along with other smaller garden birds, just goes to show that in the absence of very cold weather these species can survive the winter months in much great numbers. The warmer temperatures have made it easier to find food, like insects, which in previous colder winters would have been harder to come by because of frosts and snow."

During periods of colder temperatures birds struggle to find food in the wider countryside so become more reliant on garden feeders. Long-tailed Tits, and other smaller birds, have adapted to feeding on seeds and peanuts at bird tables or from hanging feeders. Since 2006 the average number of Long-tailed Tits seen in UK gardens has increased by 52 per cent, while Great Tit numbers have gone up by 13 per cent and Coal Tit by 9 per cent. 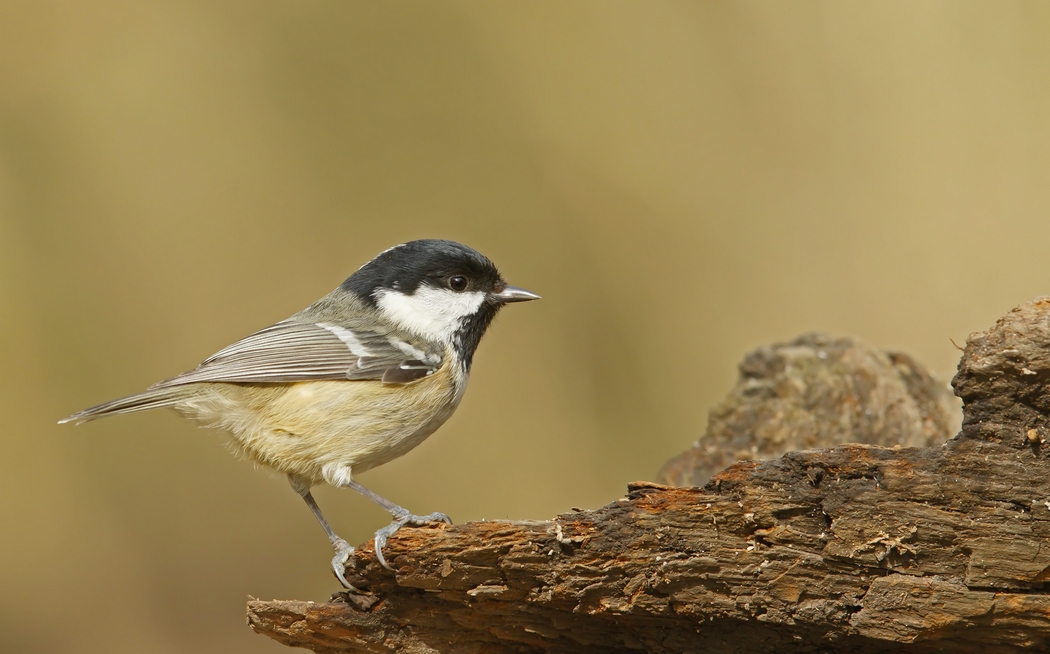 Dr Hayhow added: "The increase in numbers of sightings of these smaller garden birds highlights the importance of a well-stocked bird feeder for some species. Long-tailed Tits only started using garden feeders in recent years, and now more people are spotting them in their gardens as this behaviour develops."

Despite this boost in numbers many other of our garden favourites are struggling. Sightings of well-known species such as Starlings and Song Thrushes have experienced another drop during the Big Garden Birdwatch this year. This decline continues a trend that has seen the number of both species visiting gardens decline by 81 and 89 per cent retrospectively since the first Birdwatch in 1979. 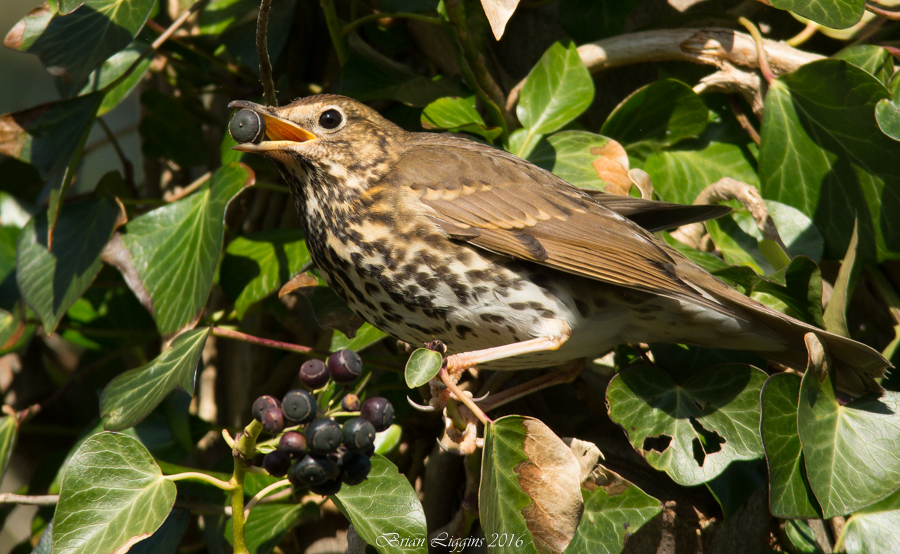 Ben Andrew, RSPB Wildlife Advisor, added: "A lot of our favourite garden birds are struggling and are in desperate need of our help. Gardens or outdoor spaces are an invaluable resource for many species — they can provide a safe habitat and enough food and water to survive — which are likely to have a significant effect on their populations."

The same trends have been spotted in the parallel event, Big Schools' Birdwatch, which continued to break records with more schools and children taking part than ever before. The UK-wide survey of birds in schools had over 90,000 school children spending an hour in nature counting birds. Blackbird remained the most common playground visitor for the eighth year in a row. The top three was rounded off by Starling and Woodpigeon. 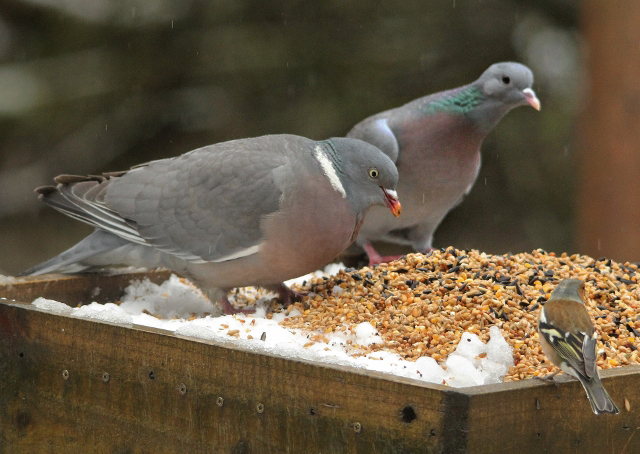 Big Garden Birdwatch and Big Schools' Birdwatch are a part of the RSPB's Giving Nature a Home campaign, aimed at tackling the housing crisis facing the UK's threatened wildlife. The charity is asking people to provide a place for wildlife in their gardens or outdoor space — whether it's putting up a nest box for birds, creating a pond for frogs or building a home for hedgehogs.