As Bewick's Swans depart the UK on their return migration to Arctic Russia, WWT researchers have been observing the size of their behinds, a technique known as 'abdominal profiling'. With Bewick's Swan numbers falling sharply, the researchers are hoping to rule out shortage of suitable food at their UK wintering sites as a reason for the decline. Trained observers have been recording the size of the area between the legs and tail, where birds store fat they have built up over the winter. This will help determine whether the swans have been able to find enough food to survive the 2,500-mile journey back to breed. 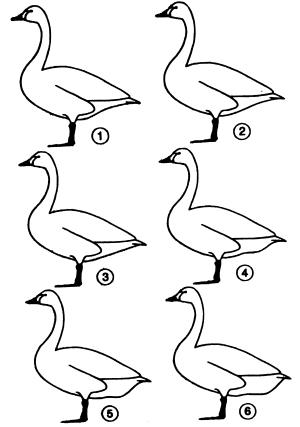 Profiling scores, as developed by Bowler 1994
(courtesy of WWT).
Julia Newth, the WWT researcher, said: "We need to eliminate the possibility that the swans are suffering while they winter in the UK. In a slim bird, the bum will look slightly concave, whereas a well-fed bird will have a double bulge. The analysis has yet to be bottomed out but our observations in the field certainly suggest they are leaving for the journey with big healthy behinds. We need to do further work to see whether their body conditions have changed over the years, and, if so, whether this is connected with the decline in numbers seen in recent years. We know so much about Bewick's Swan behaviour, having followed the lives of many individuals visiting Slimbridge since 1964. It is really critical that we learn why their numbers are decreasing."

The numbers of Bewick's Swans wintering in Europe have declined sharply since 1995 — dropping about 27% from 29,000 to about 21,000 in 2005. It's likely that a number of factors are affecting the swans' survival and breeding success. It is suspected that they are being affected by habitat and climate changes on their breeding grounds. Other known causes of death include collisions with power lines, lead poisoning and illegal shooting. 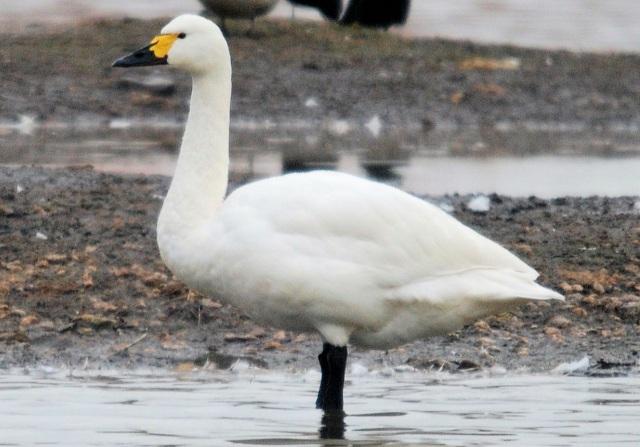 Julia Newth continued: "Results from this year's observations will be compared with data collected previously during the 80s, 90s and last winter. It will help rule out that the reduction in overwintering swans is due to changes in habitat at UK wintering sites and give an indication of how the swans are responding to environmental change. Researchers will be able to see if the population's ability to gain condition over winter and their feeding behaviour has changed in recent years. This in turn will really help in making conservation management decisions for the future." 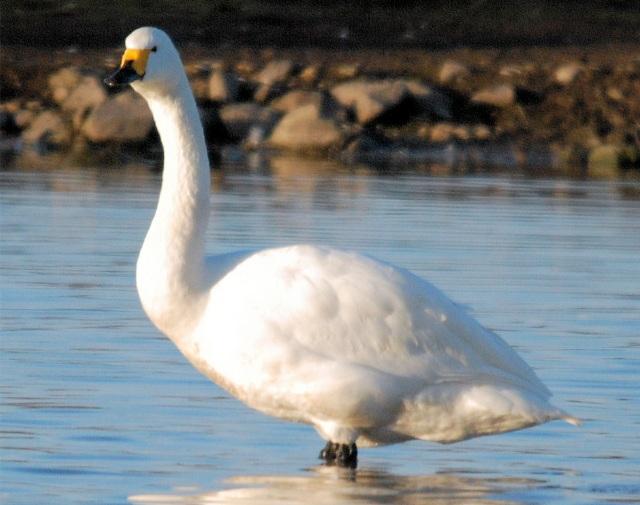 The swans have been studied primarily at the WWT reserve at Slimbridge, but data has also been collected from other UK sites. As most European swan and goose populations are stable or increasing, the scientists are keen to establish more solid reasons for the decline in this species. Every five years ornithologists across Europe complete a co-ordinated swan census to determine the total number of birds in each swan population. The census findings help keep track of what's happening and are used to guide our conservation work with each species.