The RSPB has announced the exciting news that two pairs of European Bee-eaters are breeding near Brampton, Cumbria.

Up to six adult birds — two breeding pairs and two 'helpers' — have been present on site since mid-June. The young are believed to have hatched and with the actions of egg collectors now not a problem, news has been released. 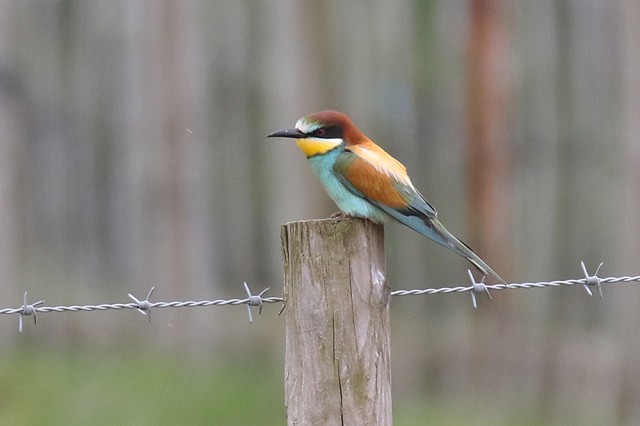 European Bee-eaters famously nested not too far away, in Co Durham, in 2002 (see here). This was followed by a widely publicised (but unsuccessful) attempt in Herefordshire in 2005. This latest attempt follows hot on the heels of a successful attempt on the Isle of Wight just last year.

The RSPB was naturally keen to provide a public viewing scheme if possible. Happily Hanson Aggregates and the landowner shared the belief that the location, Lower Gelt Quarry, offered the perfect opportunity for this to be implemented, with ample parking and good observation points.

RSPB's Mark Thomas said: "Bee-eater sightings have really been on the increase in recent springs and we're delighted to confirm they are breeding in the UK for the second consecutive summer. Pushed northwards by climate change, it is highly likely that these exotic birds will soon become established visitors to our shores thanks to partnerships like this one with Hanson."

Hanson UK's senior sustainability manager Martin Crow said: "We often have to cordon off areas in our quarries where Sand Martins and Little Ringed Plovers are breeding, but a bee-eater sighting was a surprise to us all. Great credit goes to the employees at Low Gelt for recognising and protecting these birds."

This viewing scheme is now operational and is situated at NY520585 (postcode CA8 1SY). Please follow all on-site instructions and under no circumstances enter the active quarry. The site is open from 8 am until 8 pm daily, with a number of RSPB staff and quality telescopes on hand to assist you with your visit. There is a £5 parking fee at the land owner's request. 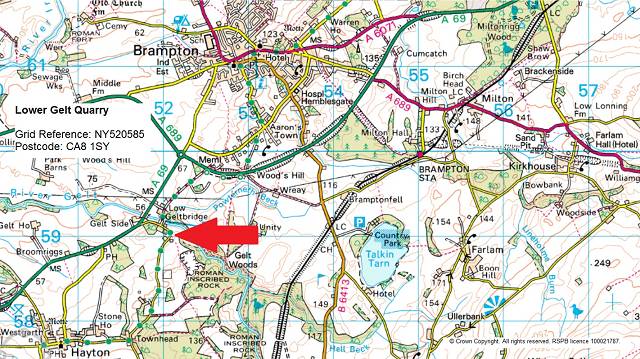 News updates on the birds will appear at least daily on the BirdGuides bird news services.