This summer's wandering Bearded Vulture appears to have finally left Britain, some 12 weeks after first being observed in the West Midlands.

After a three-day stay in The Fens, north-east of Peterborough, the vulture, known as 'Vigo', was tracked south into Bedfordshire and Kent on 12 October, before being relocated near Beachy Head, East Sussex, on the afternoon of 14th.

This sudden movement suggested that Vigo was intent on moving south with a view to returning to the Continent. Beachy Head is a renowned spot for observing migrating birds of prey, with Western Osprey and European Honey Buzzard among the more regularly observed long-distance migrant raptors that either arrive in or depart Britain at this locality each spring and autumn.

Sure enough, this proved to be the case the following day. After a morning of blogging around the immediate area, Vigo climbed extremely high into the sky and was lost to view somewhere over the sea at around 12.40 pm. However, this transpired to be a prospective climb, for she returned shortly afterwards. Then, an hour or so later, with the sun high in the sky and a brisk north-easterly tailwind, Vigo again circled high and was lost to view out over the Channel, this time not returning. 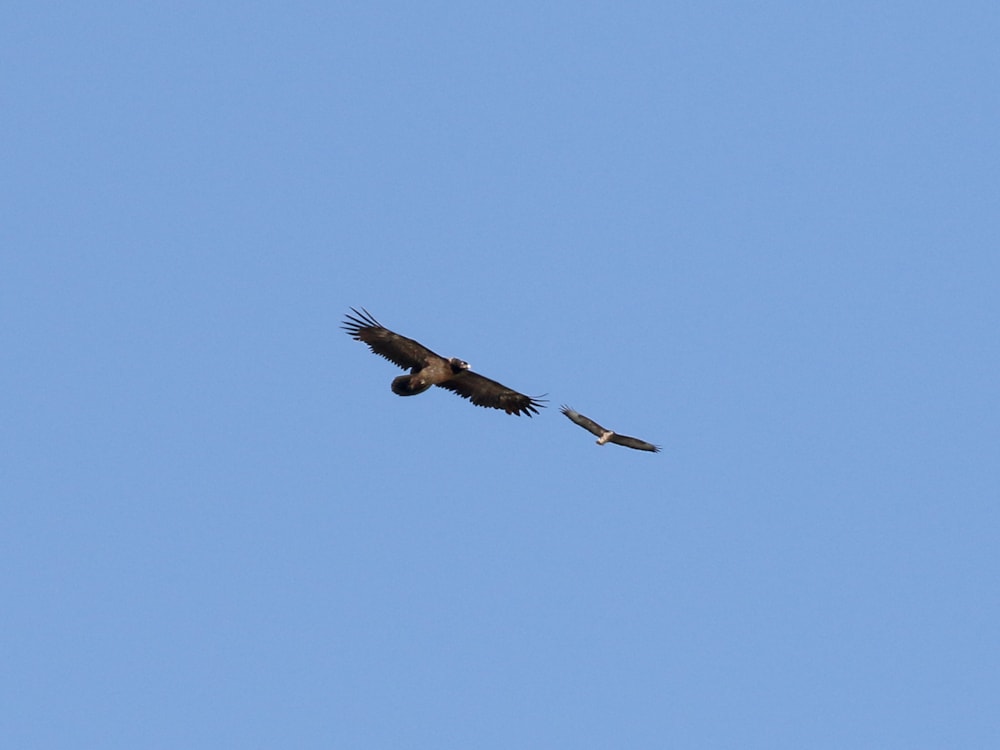 One of the final shots taken of Vigo on British soil, this was snapped in the early afternoon of 15 October as she thermalled high for her first attempted crossing (Beachy Birder).

Local birder Drew Young said of Vigo's departure on Twitter: "I was watching from near Shooters' Bottom. The Bearded Vulture was showing low and heavily mobbed far to the north just after noon. It gained height, circling nearer and drifted south on the north wind over Belle Tout Wood, disappearing over the sea at about 12.40 pm.

"Most birders left. At 1 pm, someone called it returning. It dropped into the valley along the East Dean road. Then it was above the wooded ridge north of Went Hill, heavily mobbed. It gained height, but not so much as before, drifted south over Birling Gap and out to sea; this was the last I saw [of the bird]."

Birders in northern France were alerted to the possibility of Vigo arriving that evening, although there has been no sign along the north French coast since her departure on 15th. However, with the species being a breeding resident in France (if not in the north), interest in the bird and its movements is somewhat less pronounced that it is on the British side of the Channel, and a lack of sightings doesn't necessarily mean the bird didn't arrive.

Nonetheless, the outcome of Vigo's attempted crossing is, for now, an unknown. Unless she is seen again in northern France or the Low Countries, this could remain the case. Choosing Beachy Head as a departure point was arguably optimistic, with 100 km of open sea between there and the north French coast. Had Vigo attempted to depart from further east, more specifically the Kent coast between Folkestone and Dover, the crossing would have been much less arduous, being considerably shorter (35 km) in length.

However, little is known about the capabilities for over-water flight in Bearded Vultures and, with conditions favourable for departure, Vigo couldn't have picked a better day to try to return home, and the likelihood is that birds of prey – even larger species – are more resilient and capable at flying over water than many birders have traditionally assumed them to be. A close eye will be kept on Bearded Vulture sightings on the near-Continent in the coming days and weeks for any further news.

Earlier this week, Vulture Conservation Foundation announced that it had analysed the genetics of Vigo, establishing that she was born in a nest in the French Alps.