An epidemic of beak deformities among Black-capped Chickadees, Northwestern Crows and other common birds has been identified in Alaska and the Pacific Northwest region of North America. In affected birds, the beak becomes grossly overgrown, sometimes accompanied by abnormal skin and feathers. The prevalence of this disorder among chickadees and crows in Alaska constitutes the highest rates of gross deformities ever documented in a wild bird population. 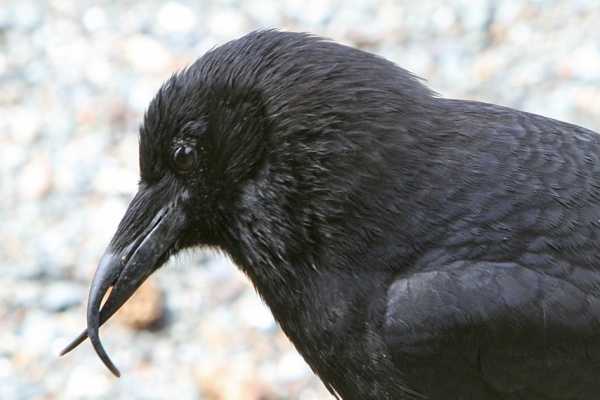 In addition to effects on the ability to feed and preen, the deformities may be associated with other health problems. Affected birds exhibit abnormally rapid keratin growth, high mortality rates and increased susceptibility to infectious agents, all of which highlight the severity of this condition for bird populations. Increasing occurrence across broad ecological gradients raises concern about underlying environmental factors and potential cascading effects on wildlife. 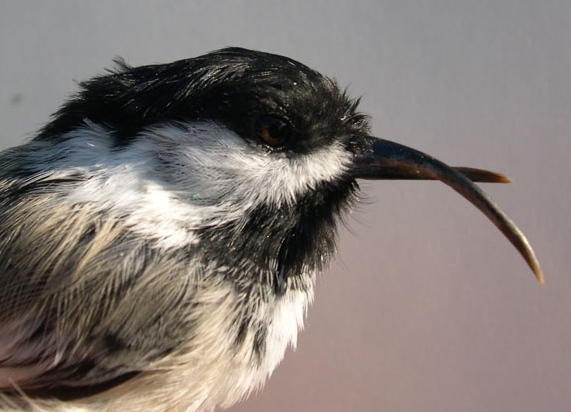 Other species such as Black-capped Chickadee are also affected. (Photo: USGS)

Although we don’t yet know the cause of this widespread problem, we continue to investigate potential factors, including environmental contaminants, nutritional deficiencies and infectious disease. We are seeking information from other regions that may be affected throughout the world. Anecdotal reports of starlings and tits with abnormal beaks indicate that similar deformities may occur in the UK. If you see a bird with a deformed beak, please report it via our web site. 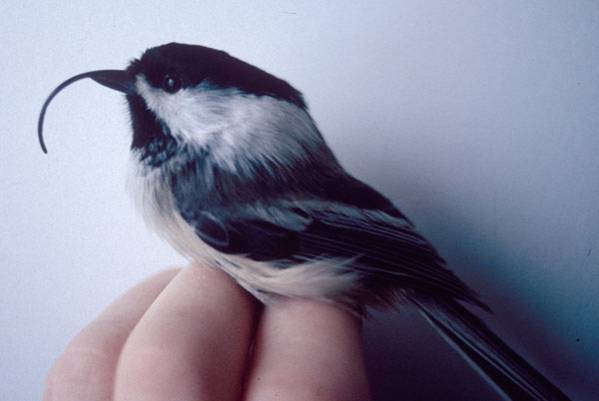 Some deformities reach extreme stages, as in this Black-capped Chickadee. (Photo: USGS)

Photos of various aberrant birds (including some with beak deformities such as these) can be found in one of the Iris albums.