Several dead birds of prey have been found dumped in a ditch in Lincolnshire, prompting a police investigation.

Three Barn Owls, a Tawny Owl and a Red Kite, all of which have special legal protection, were found near Sleaford. 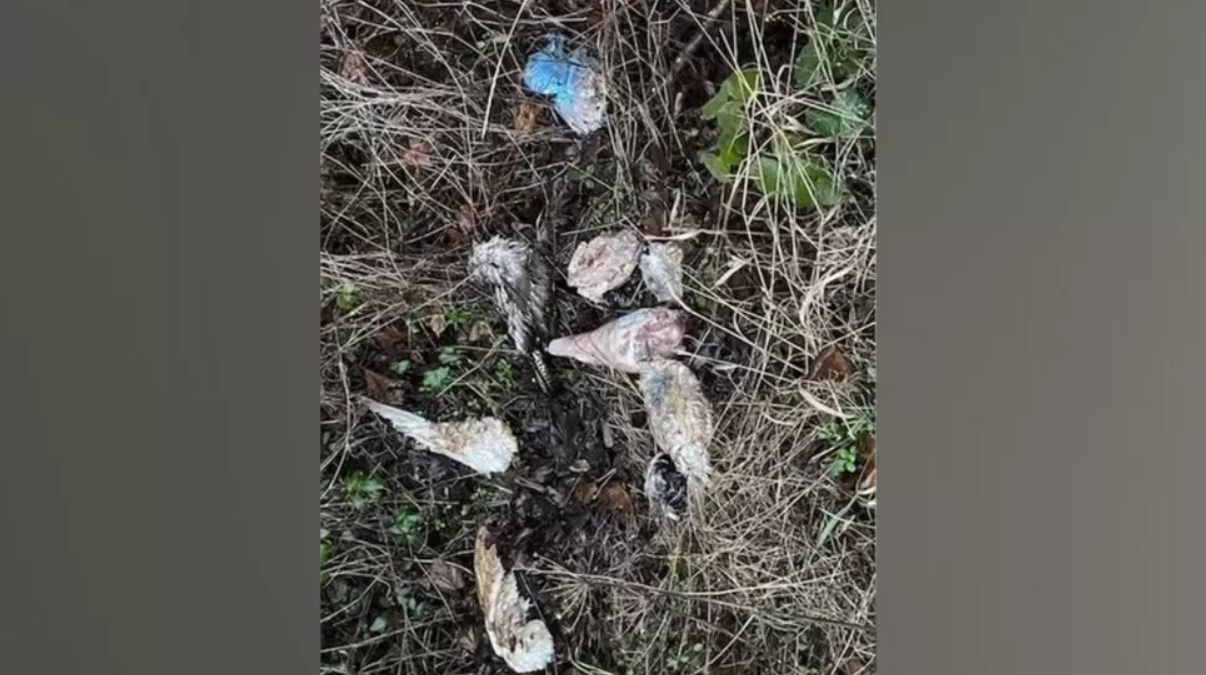 Remains of some of the birds found in a ditch near Sleaford (Lincolnshire Police).

Det Con Aaron Flint, wildlife officer, said the birds were discovered alongside two dead Magpies as well as a leg of lamb in cellophane wrapping.

He described it as an "unusual" case and appealed for witnesses. DC Flint said: "We do have a lot of bird of prey persecution. Generally they will be trapped, shot or poisoned. But on this occasion, we don't know how they've come to their untimely end.

"It's unusual to find five like this in the same location."