A Bar-tailed Godwit has broken the record for the longest known non-stop flight of any bird, covering more than 12,000 km in 11 days.

The bird was tracked as it flew from Alaska to New Zealand, departing the former on 16 September and arriving in a bay near Auckland 11 days later, having flown at speeds of up to 90 km/h. The ringed male bird, known as '4BBRW', had a 5-g satellite tag harnessed on its lower back to allow scientists to track its progress. It was one of four to leave together from the Alaskan mudflats where they had been feeding for two months. 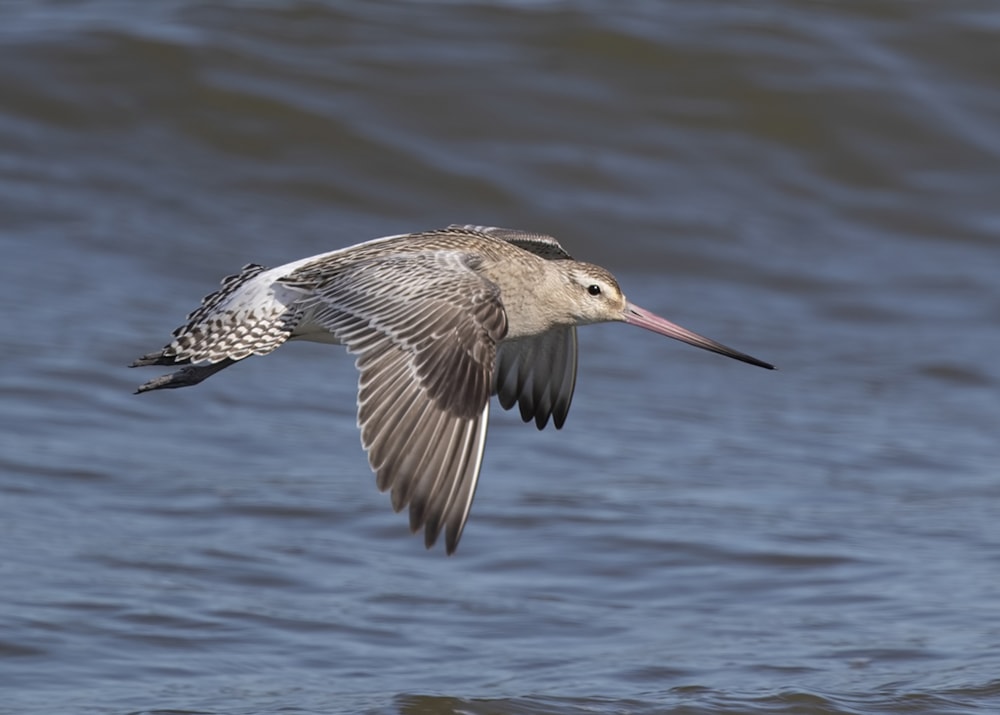 Male 'Barwits' can double in size before a long flight, and the species is able to shrink its internal organs to lighten the load. After leaving Alaska, the birds headed south over the Aleutian Islands and on to the Pacific Ocean. The journey is thought to have been prolonged by strong easterly winds, which pushed the group towards Australia.

The satellite recorded a point-to-point flight of 12,854 km but the scientists believe that once rounding errors are taken into account the journey will have been around 12,200 km. The previous longest recorded non-stop flight by a bird, of 11,680 km, was recorded by a Bar-tailed Godwit in 2007.

Dr Jesse Conklin, from the Global Flyway Network, a consortium of scientists studying epic migratory journeys, said: "They seem to have some capability of knowing where they are on the globe. We can't really explain it but they seem to have an onboard map. They are flying over open ocean for days and days in the mid-Pacific; there is no land at all.

"Then they get to New Caledonia and Papua New Guinea where there are quite a few islands and, we might be anthropomorphising, but it really looks like they start spotting land and sort of think: 'Oh, I need to start veering or I will miss New Zealand'."

The godwits were among 20 caught and tagged by the Pūkorokoro Miranda Shorebird Centre, in the Firth of Thames, south-east of Auckland. They are expected to start the return flight in March, flying across Asia where they will feed for a month around the Yellow Sea, before returning to Alaska.