Bald Eagle populations have slowly recovered from near devastation after the US Government banned the pesticide DDT in 1972, but another ongoing issue has hampered the predator's recovery – lead poisoning from gunshot ammunition.

A new study, published in the Journal of Wildlife Management, has found that despite increasing numbers of Bald Eagles, poisoning from eating carcasses or other foods contaminated by lead shot has reduced population growth by between 4% and 6% annually in the north-eastern United States.

"Hopefully, this report will add information that compels hunters, as conservationists, to think about their ammunition choices," said Krysten Schuler, assistant research professor in the Department of Public and Ecosystem Health at Cornell University and senior author on the study.

The diminished growth rates have the potential to erase cushions that protect populations against unforeseen events. Habitat loss, climate change, West Nile virus and other infectious diseases are all threats that could affect Bald Eagles' resilience and lead to population declines.

"Even though the population seems like it's recovered, some perturbation could come along that could cause eagles to decline again," Schuler explained. 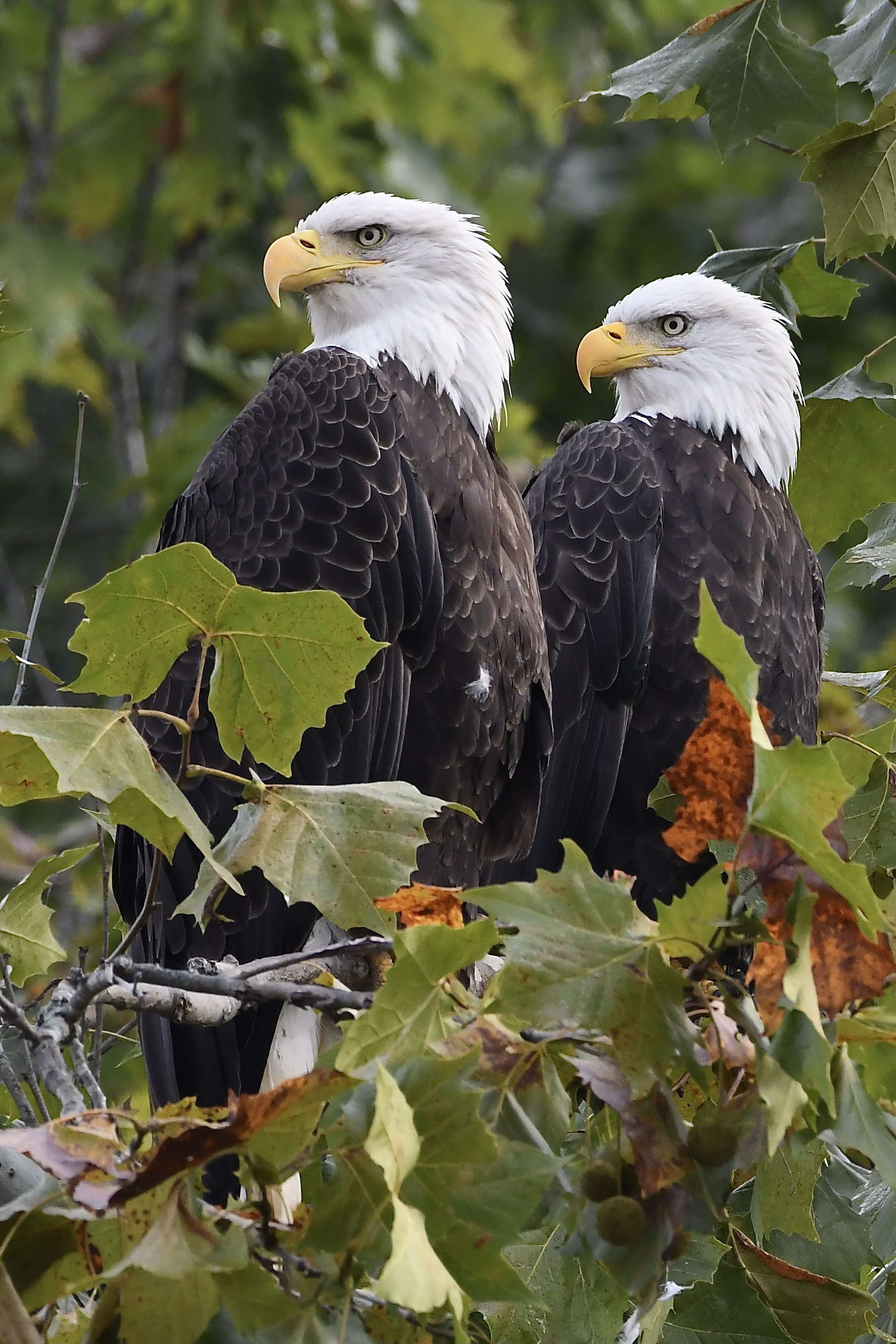 The recovery of Bald Eagle over the past five decades has made it a common and widespread sight once more across the US (S Bell).

The recovery of Bald Eagle has been hailed an "American success story" by the US Fish and Wildlife Service (USFWS). Included on the list of endangered species in the 1973 Endangered Species Act, one year after DDT was banned, Bald Eagle was removed from the list in 2007.

While Bald Eagle numbers in the lower 48 states quadrupled between 2009 and 2021 to more than 316,000, according to a 2021 USFWS report, the current findings on impacts of lead to the eagles point to potential negative outcomes for other species.

Many hunters 'field dress' a deer they shot with lead ammunition, leaving contaminated organs where the animal fell. Bald Eagles are known to scavenge such carcasses, but they are not the only animals to do so. Trail cameras have shown that owls and crows, as well mammalian species including coyotes, foxes and bears, also scavenge remains left by hunters.

"We haven't collected data on these other species in the same way that we pay attention to eagles," Schuler said. "We're putting eagles out there as a poster species for this issue, but they're not the only ones being impacted."

Human health can also be affected when bullets fragment inside game species and are then consumed.

Even though total eagle numbers increased across the north-eastern US between 1990 and 2018, the researchers' modelling estimated that deaths from ingesting lead depressed the growth rate of Bald Eagle populations by 4.2% for females and 6.3% for males.

The study's authors have made public the software from their novel methodology, so others can use it to analyse similar population-scale data for other species, Schuler said.

The study was funded by the Morris Animal Foundation, the New York State Department of Environmental Conservation and funds from the Federal Aid in Wildlife Restoration Act, administered by USFWS.