Audouin's Gull has successfully bred on the Atlantic coast of France for the first time, confirming ornithologists' suspicions that nesting would occur there this year.

A pair was first discovered at Banc d'Arguin Nature Reserve in Gironde department in early May 2020 but, despite the birds lingering for several weeks and engaging in nuptial behaviour, attempts to locate a nest failed and no juveniles were seen. 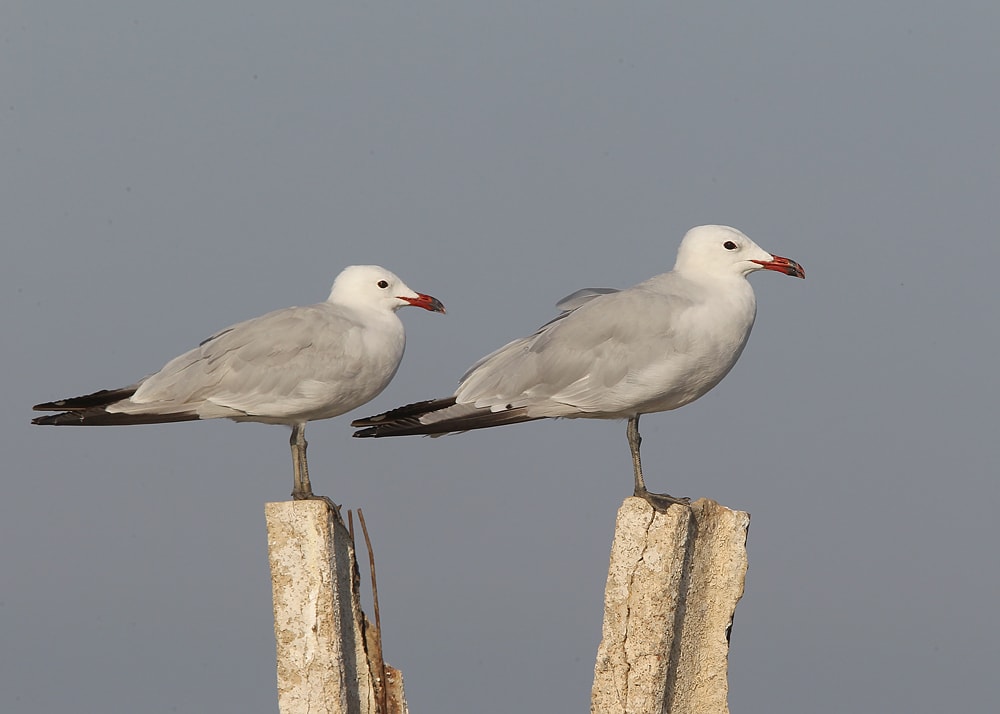 The birds returned again in spring 2021 and their movements closely monitored by local observers. Happily, nesting was confirmed and a single chick successfully fledged this summer.

The closest Atlantic-coast colony to Banc d'Arguin is in southern Portugal, where 2,663 pairs bred in 2019. This increase appears to correspond closely to the decline and abandonment of some Spanish colonies, which suffered a 31% decline between 2013 and 2017.

In France, Audouin's Gull otherwise breeds only on Corsia, where 40-60 pairs have nested in the Ajaccio and Aspretto area since 2012.