A territorial pair of Audouin's Gulls was observed on the Atlantic coast of France this summer – and, although breeding could not be confirmed, hopes are high that the birds will return in 2021.

On 4 May 2020, Matthias Grandpierre was conducting a survey in the dunes at Banc d'Arguin Nature Reserve in Gironde department, south-west France, when his attention was drawn to an unusual gull call. It quickly became apparent that the vocalisations were coming from an Audouin's Gull, which was behaving much in the same manner as the other breeding gull species in the vicinity.

At the beginning of June, during a boat count, Matthias noticed an Audouin's Gull on the beach, close to the colony. It was wearing a coloured ring engraved with an alpahnumeric code. It transpired that this bird had been ringed as a chick at the nest in Castellón de la Plana, north of Valencia, Spain, on 11 June 2018. 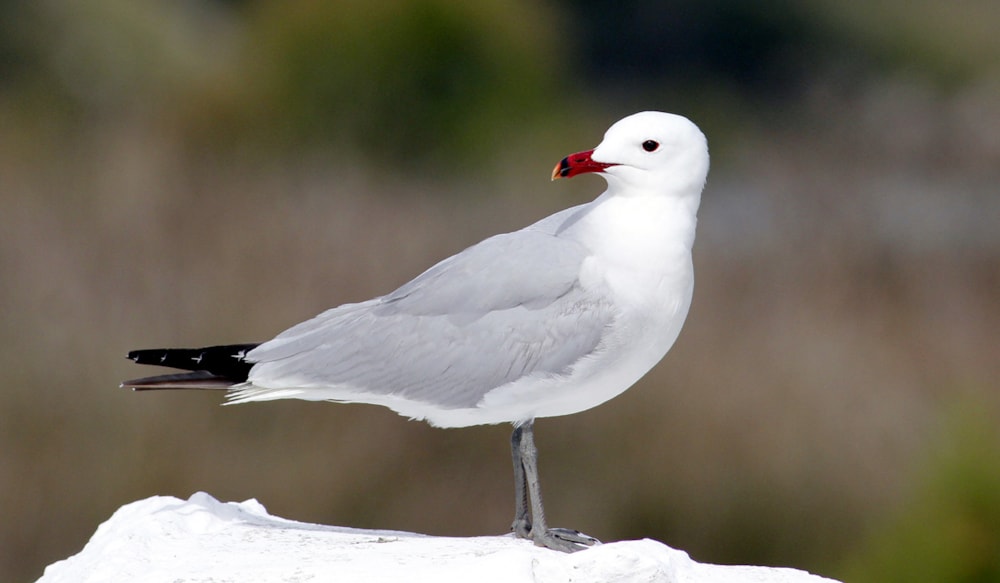 In France, Audouin's Gull only breeds in small on Corsica, so this summer's discovery represents a major northward expansion (Phil Slade).

Throughout the first half of June, while conducting further surveys of the gull colony, an Audouin's Gull was always seen defending its territory in flight.

Over the same period, observations from a boat repeatedly noted the ringed Audouin's perched in the same spot on the beach, although whether one or two birds were involved remained a mystery. Then, on 16 June, two Audouin's Gulls were observed side by side – one ringed and the other unringed. The birds were engaging in nuptual behaviour and vocalising regularly.

Due to the colony always taking flight on approach, and with many gulls swirling overhead, finding a possible nest was a difficult challenge and ultimately failed. Although the presence of young was not confirmed, this is the first case of potential breeding of this species on the Atlantic coast of France, and the most northerly on record.

The closest Atlantic-coast colony to Banc d'Arguin is in southern Portugal, where 2,663 pairs bred in 2019. This increased appears to correspond closely to the decline and abandonment of some Spanish colonies, which suffered a 31% decline between 2013 and 2017.

In France, Audouin's Gull breeds only on Corsia, where 40-60 pairs have nested in the Ajaccio and Aspretto area since 2012.