Dutch birder Arjan Dwarshuis has broken birding's world year list record, with over a month of the year still to go.

On 10 November, Northern Jacana became the record-breaking 6,119th species for Arjan in 2016. This ensures he surpasses the amazing total set in 2015 by American birder Noah Strycker.

Arjan told Dutch Birding: "I'm very, very pleased. Pleased that I broke the record, pleased that I broke it so early in the year. For the first time [in 2016] I had two beers instead of the one a day that I allowed myself this year!"

Though the two record-breaking year listers use different taxonomies (Strycker followed Clements while Dwarshuis uses the more progressive and 'split-friendly' IOC), calculations have shown that Dwarshuis has now passed Strycker's record on both lists. 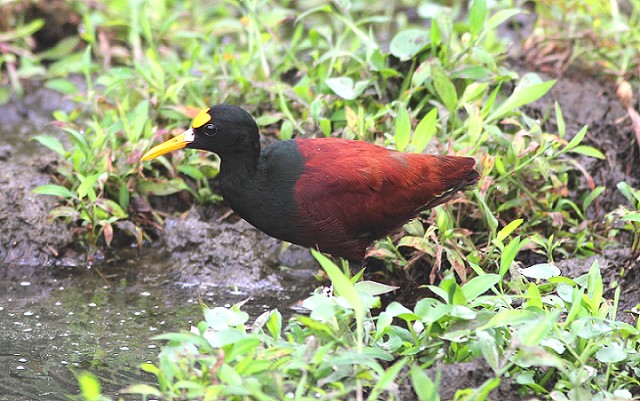 With over six weeks still left in 2016, the next question on Arjan's mind is whether the hallowed total of 7,000 species is possible in a calendar year, and he has already altered his schedule to give himself the best chance. Initially planning to spend the rest of the year in Central and North America, he has now decided to head back to Asia — the continent where the adventure began at the start of the year.

Dwarshuis explained: "In hindsight I should have planned more time in Asia, but fortunately I found a way to fix that. Due to visa issues I can't enter China, but I will go to Vietnam, Taiwan and then end the year in Japan."

Always energetic and ambitious, Dwarshuis has set his sights at reaching this imposing total — though many of his followers believe a final tally of between 6,500 and 6,700 is more realistic. Seeing 7,000 would mean 17 new species every day until the year's end — a big ask so late in the year.

As well as attempting to set a record total, Arjan is also raising money for BirdLife International. Though he's already raised over 15,000 euros, he's well short of the targeted 100,000 and is appealing to birders worldwide to donate to this most worthy of causes. He hopes that the record being broken is an incentive for his followers to donate money which in turn will help the birds that really need it.

Find out more about Arjan's big year at www.arjandwarshuis.com and to donate, please visit his Just Giving page.