Another suspected mass poisoning of Wedge-tailed Eagles in Australia

A total of 76 Wedge-tailed Eagles were among 120 dead birds found in a suspected mass poisoning in Australia.

The incident, which occurred in north-eastern Victoria, also included other raptor species, which will be tested to determine the cause of death. Officers from the environment department found the birds during raids on a property near Violet Town last week. 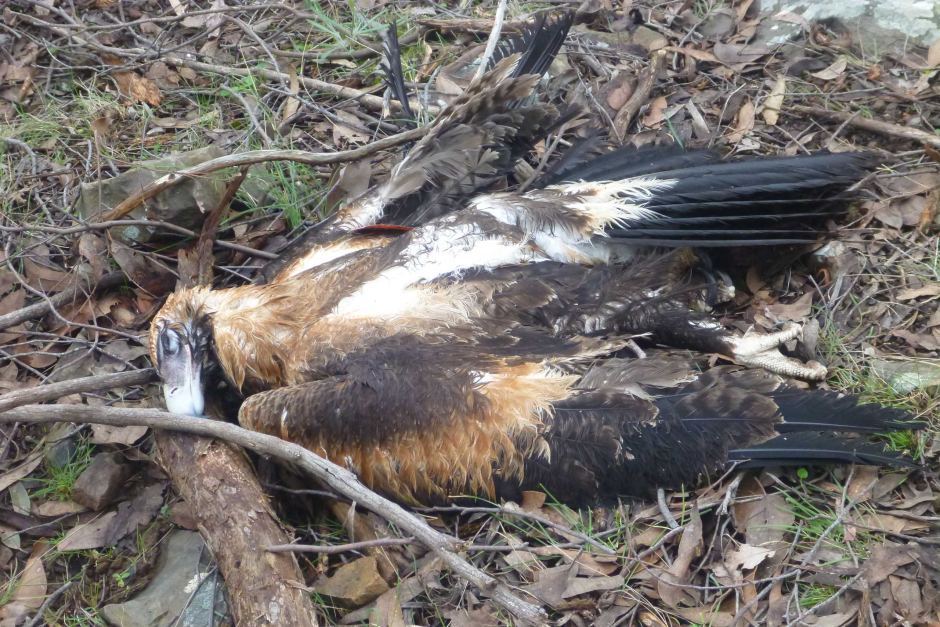 This Wedge-tailed Eagle was one of hundreds of birds found poisoned in a separate incidenct in Victoria last year (Nigel Deacon).

The raids were prompted by the discovery of dead Wedge-tailed Eagles in the area. "Given the large number of native birds found within the immediate locality, it appears that they may have been poisoned," the environment department's Greg Chant said on Thursday 29 August. "The community is justifiably outraged by this incident and our investigations are continuing."

Deliberately killing a native Australian bird carries a maximum penalty of $39,652 and up to two years in jail. A man who killed 420 Wedge-tailed Eagles in East Gippsland between 2016 and 2018 was the first to be jailed for destroying protected wildlife in Victoria in September last year.