Another Hen Harrier shot in Scotland

RSPB Scotland have issued an appeal for information after post-mortem results confirmed that a Hen Harrier found dead on a grouse moor in south-west Scotland in late April had been illegally shot.

The young female harrier, named 'Annie', had been fitted with a satellite transmitter as a chick as part of the Langholm Moor Demonstration Project. Scientists monitoring the bird became concerned in mid March 2015, when data confirmed that the bird had stopped moving.

After extensive searching, RSPB Scotland Investigations staff liaising with Natural England and Police Scotland recovered the body of the bird at the end of April, and submitted it to the SAC Veterinary Centre laboratory near Edinburgh. Results received in the last few days now confirm that the bird was shot. 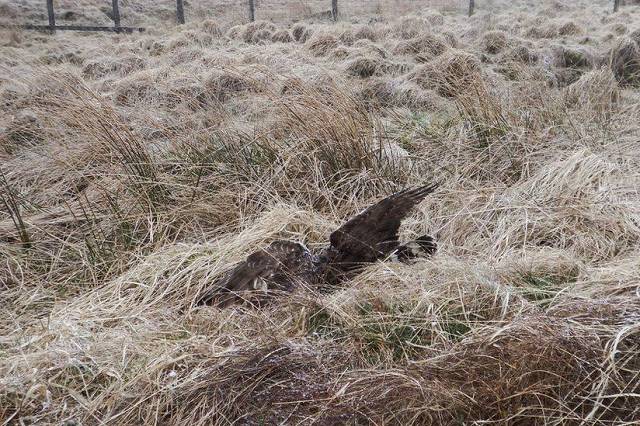 Stuart Housden, Director of RSPB Scotland, said: "This case shows very clearly what happens to some of our Hen Harriers when they leave protected nesting areas and move around the UK's uplands. This is just the latest incident of criminal persecution of this species, following the confirmed shooting of birds in Aberdeenshire, Moray and Ayrshire in the last two years. It is little wonder these magnificent raptors continue to be absent from large areas of our uplands.

"RSPB Scotland urges anyone with information that will help identify the perpetrator of this crime to contact Police Scotland by dialling 101 as soon as possible."

Hen Harrier is one of the UK's most threatened raptor species and declined by 20 per cent in the period 2004 to 2010. Very few pairs now nest on areas managed for driven grouse. 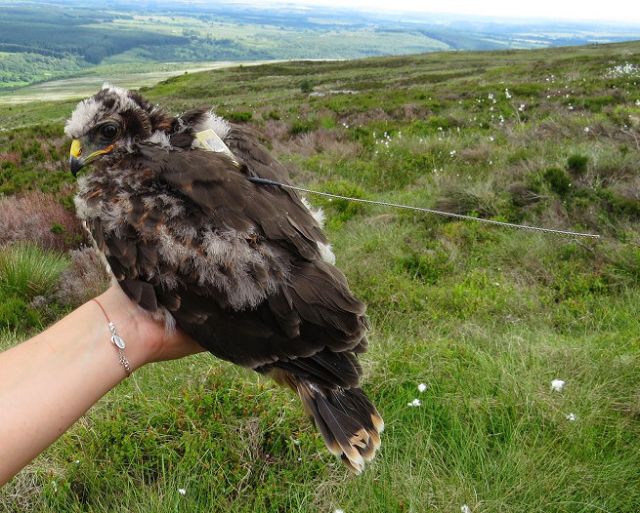 Annie was fitted with a satellite tag as a youngster (Photo: RSPB Scotland)