Yet another Hen Harrier has suddenly disappeared in North Yorkshire, triggering a joint investigation by the police and RSPB. This is the ninth bird to disappear in suspicious circumstances in the past 12 weeks.

The bird, named Arthur, hatched from a nest in the Peak District this summer. This was the first time Hen Harriers had successfully bred in the Peak District since 2015. Arthur, along with his sister Octavia, was fitted with a lightweight satellite tag by RSPB staff as part of the Hen Harrier LIFE project, which has enabled the RSPB to track his movements since leaving the nest in July. 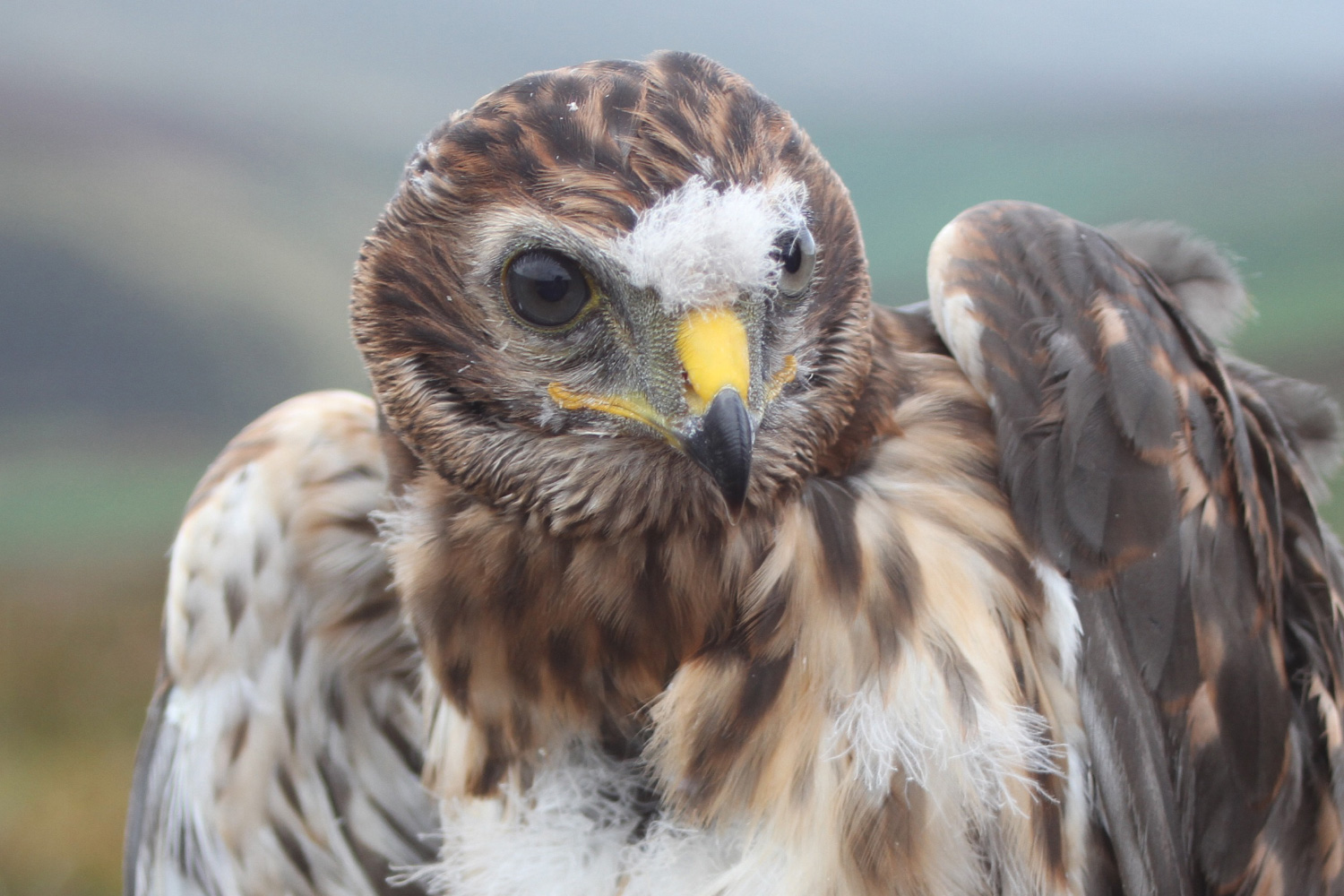 Transmissions from Arthur's tag showed him fledging from his nest and remaining faithful to that area in the Peak District. He then moved to the Brecon Beacons, South Wales, in mid-October before flying back north to Nidderdale, North Yorkshire. On the morning of Friday 26 October he flew onto the North York Moors National Park. He registered his last position at 09:55 when he was just north of Lowna Bridge, near Hutton-le-Hole.

RSPB Investigations staff searched the area of the bird's last known location but found no sign of either a tag or a body – prompting concerns that the bird may have been deliberately killed and the tag destroyed. In August, his sister Octavia's tag also suddenly cut out, with her last location coming from a driven grouse moor in the Peak District. No trace was found of her either. The police and RSPB are appealing for information.

RSPB Assistant Investigations Officer Jack Ashton-Booth said: "Arthur's last location showed he was in an upland area close to several driven grouse moors. When tagged Hen Harriers have died of natural causes in the past, the tags and bodies of the bird are usually recovered. To find no trace of Arthur or Octavia is extremely concerning. Arthur is the ninth Hen Harrier to suddenly disappear in suspicious circumstances since August. This is gravely concerning given that the species is on the brink of extinction as a breeding bird in England."

Hen Harrier is one of the UK's rarest and most persecuted birds of prey. They nest on the ground, often on moorland, and are known for their spectacular courtship display, dubbed 'skydancing'. Like all wild birds, they are protected by law under the Wildlife and Countryside Act 1981, which makes it an offence to intentionally harm or disturb them. Anyone found to have done so faces an unlimited fine and/or up to six months in jail. But, despite full legal protection, studies show that the main factor limiting their population is illegal killing.

Over 30 Hen Harriers were tagged during June and July 2018 in England, Scotland, Wales and the Isle of Man as part of the RSPB's Hen Harrier LIFE project. Of those, eight birds (Hilma, Octavia, Heulwen, Thor, Athena, Stelmaria, Margot and Arthur) have since disappeared in suspicious circumstances, along with another bird, Heather, who was tagged in 2017. Read more about other recent disappearances here and here.

Calculations based on habitat and prey availability indicate that England should be able to support around 300 pairs, but this year only 34 chicks fledged from nine English nests, according to a report by Natural England. In 2017, just 10 chicks fledged across the whole of England.

If you have any information relating to this incident, please call North Yorkshire Police on 101. If you have information about people killing birds of prey in your area and would like to speak to someone in confidence, call the Raptor Crime Hotline on 0300 999 0101. If you find a wild bird which you suspect has been illegally killed, contact RSPB investigations on 01767 680551 or fill in the online form.