Another Golden Eagle poisoned in Cairngorms

An immature Golden Eagle was found dead next to a poisoned bait in the Cairngorms National Park in March, Police Scotland and the RSPB have revealed.

Found on the notorious Invercauld Estate on 19 March, a subsequent toxicology report has confirmed that the bird had been illegally and intentionally poisioned. 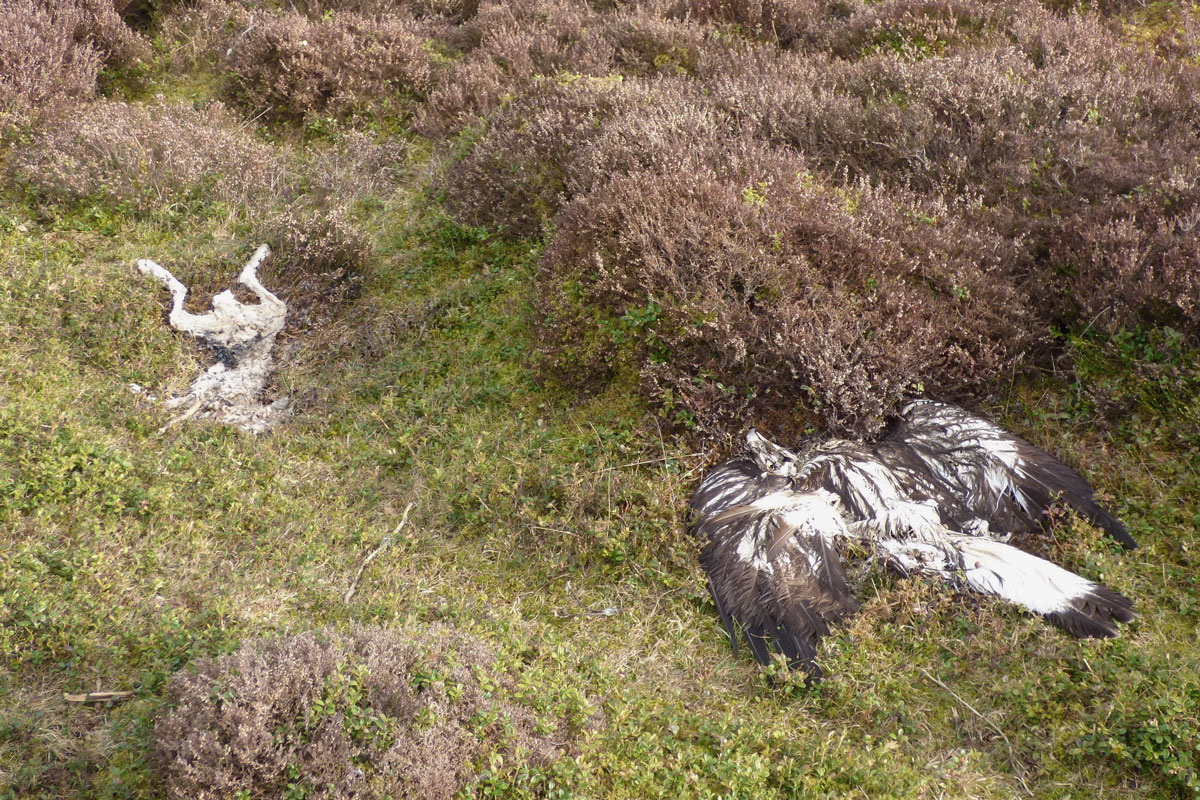 The dead Golden Eagle lying next to poisoned Mountain Hare bait on a hillside on the Invercauld Estate, 19 March 2021 (RSPB Scotland).

The Cairngorms National Park Authority (CNPA) said in a statement: "The CNPA condemns this senseless and irresponsible behaviour in the strongest possible terms. Raptor persecution has no place in 21st-century Scotland and no place in this National Park.

"We are working closely with Police Scotland, NatureScot and a range of other partners on an appropriate, coordinated response to this incident, and will continue to work in partnership to prevent incidents like this occurring in future. We cannot make any further comment on this specific case due to the ongoing police enquiry."

The Invercauld Estate, along with the CNPA, is a member of the Eastern Cairngorms Moorland Partnership (ECMP). One of the ECMP's aims is to "enhance raptor and other priority species conservation" in the area. Yet, as reported by the Raptor Persecution UK blog, Invercauld has produced a shocking list of confirmed persecution incidencts over the years (full list here).

Ian Thomson, RSPB Scotland's Head of Investigations, said: "Raptor persecution crimes on grouse moors in this area happen regularly. In 2019, a young eagle was photographed caught in a trap less than two miles from here, and in 2016, a line of illegal traps targeting birds of prey was found set across the hill less than three miles away. The perpetrators of these crimes don't just threaten wildlife, but put at risk the reputation of the area and the jobs dependent on the associated tourist industry."

Anyone with information regarding this matter is asked to call Police Scotland via 101, quoting incident number 2757 of 19 March 2021.