The police and RSPB are appealing for information following the disappearance of a satellite-tagged Hen Harrier near Carlisle.

The harrier, named Manu, was one of a nest of two chicks monitored and protected by the Northumberland Hen Harrier Protection Partnership and tagged as part of the RSPB’s EU-funded Hen Harrier LIFE+ project in July this year. 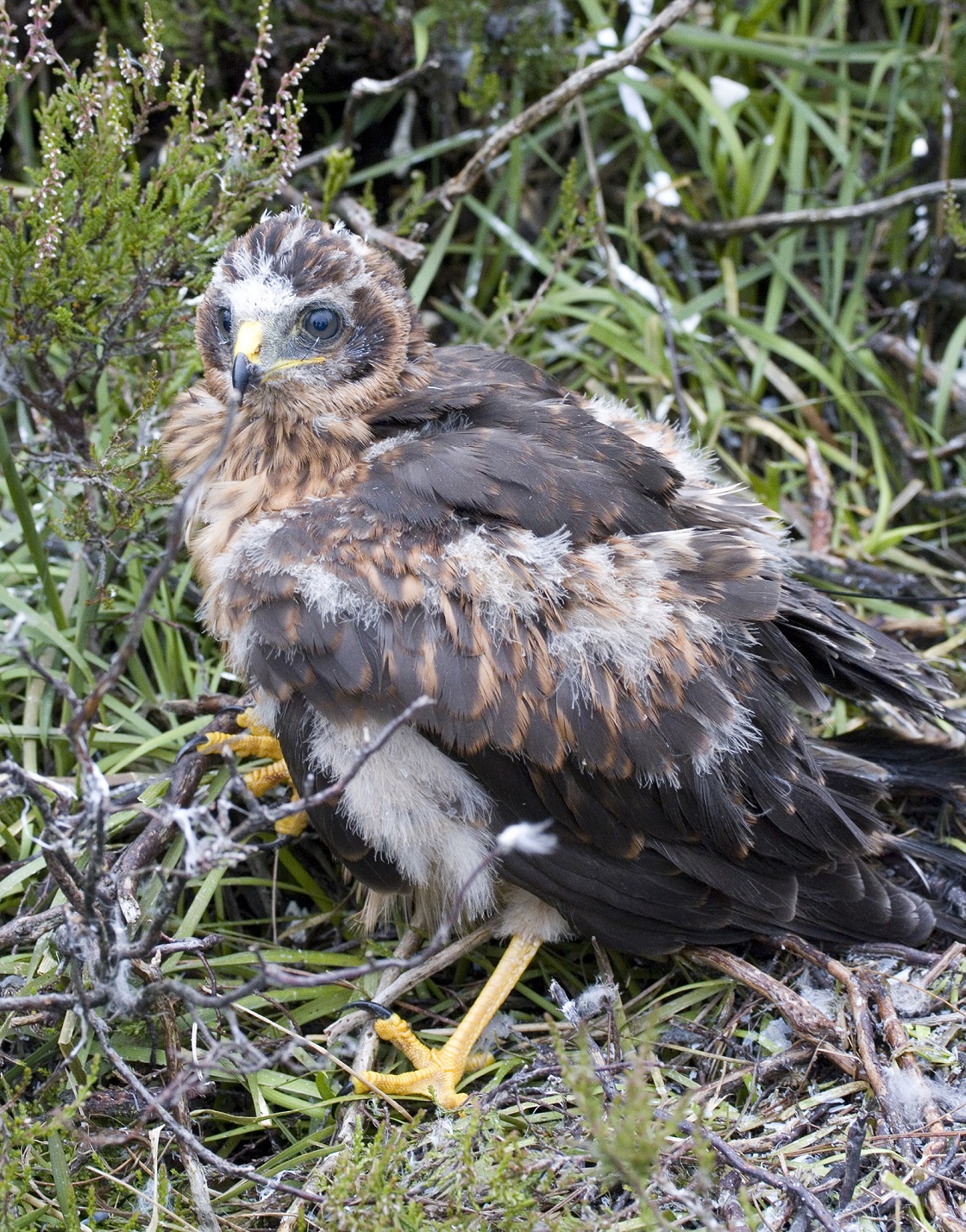 Manu the Hen Harrier in happier times before it fledged (RSPB).

Manu’s tag had been functioning perfectly until it suddenly stopped on the morning of 18 October. Data from Manu’s tag indicated that the bird had been in the same location near Denton Fell, on the Cumbria/Northumberland border, for around three weeks. The last signal was sent from Blenkinsopp Common at 9.58 am and the bird has not been seen or heard of since.

A search was conducted by RSPB Investigations staff, but no tag or body were discovered. Northumbria Police were informed and have made enquiries but with no leads forthcoming.

Hen Harriers are one of Britain’s rarest breeding raptors, and only three successful nests were recorded in England in 2017.

Tim Jones, RSPB Assistant Investigations Officer, commented: “Hen Harriers are facing an uncertain future. These spectacular birds should be flourishing in places like Cumbria and Northumberland, but we are down to just a handful of pairs. So, it’s alarming when yet another bird unaccountably vanishes like this.”

Don Churchill, Wildlife Co-ordinator and Planning Officer, Northumbria Police, said: “We are very concerned at the disappearance of one of these iconic birds of prey. Hen Harriers are fully protected by law and raptor persecution is a national wildlife crime priority. We urge you to come forward if you have any information about the disappearance of this bird.”

If you have any information relating to this incident, please call Northumbria Police on 101 or visit http://www.northumbria.police.uk/contact. All calls are anonymous.

If you find a dead wild bird that you suspect has been illegally killed, contact RSPB Investigations on 01767 680551 or fill in the online form.