A record number of Tristan Albatross chicks survived the winter on Gough Island, the RSPB has revealed, although mice have once again taken their toll on youngsters.

A mouse eradication programme, first announced in 2018 but delayed due to the COVID-19 pandemic, is underway on the island, with the baiting stage completed in August.

Introduced House Mice have had a massive impact on the island's native breeding seabirds in recent years, with countless chicks lost to predation and, as reported earlier this year, even some adult Tristan Albatrosses falling victim to the rodents. 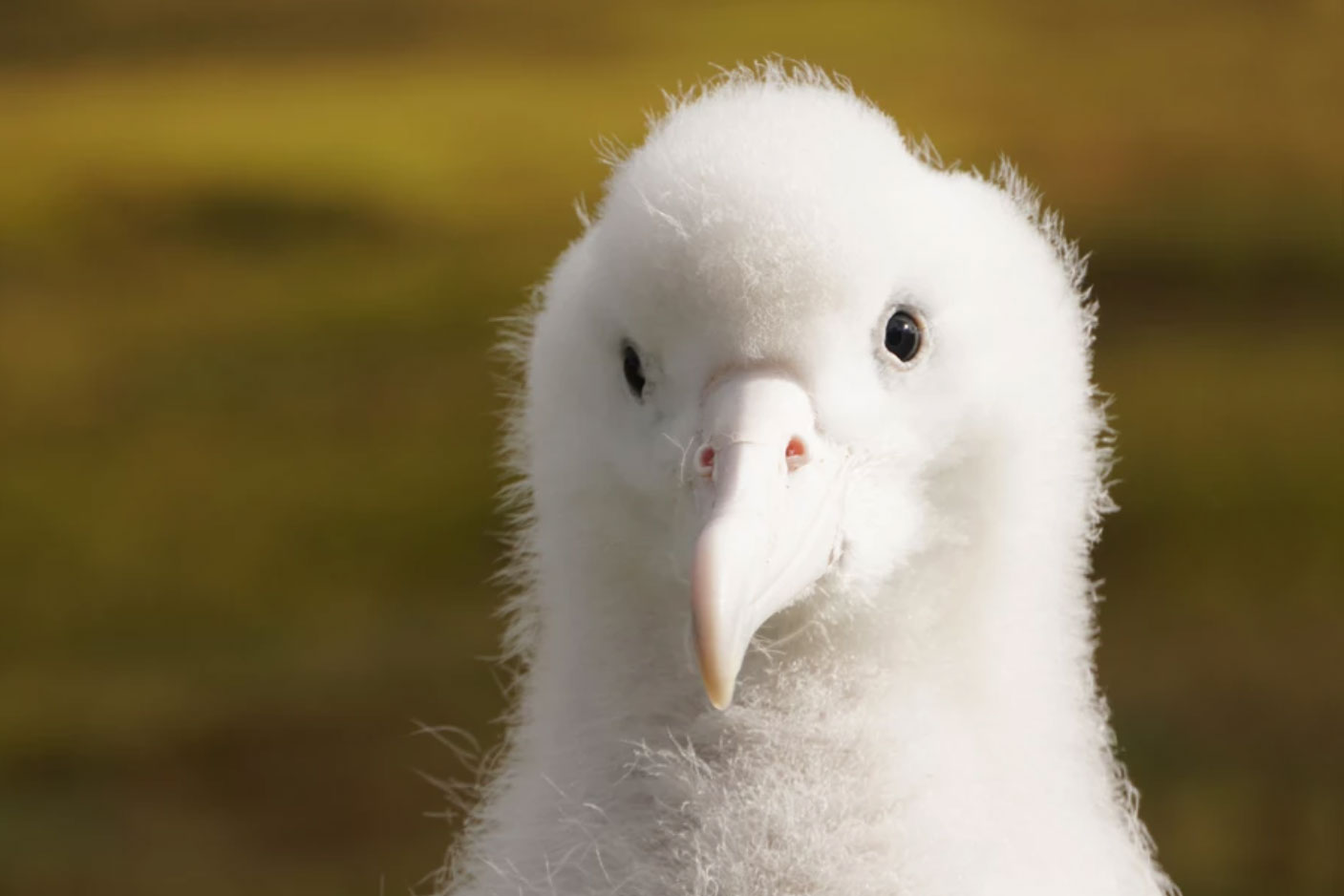 Every year, an RSPB team carries out a 'round island' count at the end of winter to establish how many Tristan Albatross chicks have survived the winter to reach a size and age at which they are likely to go on and fledge.

Two 'round island' counts are completed annually, one at the start of the year, and one in September/October. Between those times, the team also makes regular (roughly monthly) checks of two colonies, Gonydale and Tafelkop, close to their base.

At these two colonies, no fresh mouse wounds were observed after the first baiting in the area and chick survival was high. The figures from these sites are amazing – 70.9% at Gonydale and an astonishing 92.9% at Tafelkop – far higher than has been recorded before.

However, the overall chick survival for this year across the whole island was just 39.7% - not much higher than last year's 37.2%.

The RSPB has been quick to reiterate that this result is not indicative of the outcome of the eradication operation, which will need time to take effect. It won't be possible to be sure of the results of the programme for at least two years, although the RSPB hopes to see improvements in breeding success going forward.

Find out more about the RSPB's work on Gough Island at www.goughisland.com/blog.