Five years ago, hundreds of thousands of migrating Amur Falcons were being slaughtered annually in north-east India, but today the locals celebrate the birds.

Amur Falcons are incredible long-distance migrants and during the journey from their breeding grounds in north-east Asia, hundreds of thousands of them cross the Indian subcontinent and the Indian Ocean to their wintering grounds in southern Africa. However, in November 2012, an estimated 100,000 falcons didn’t make it past Nagaland, a state in north-east India, as they were trapped, killed or taken to local markets and sold as fresh food. 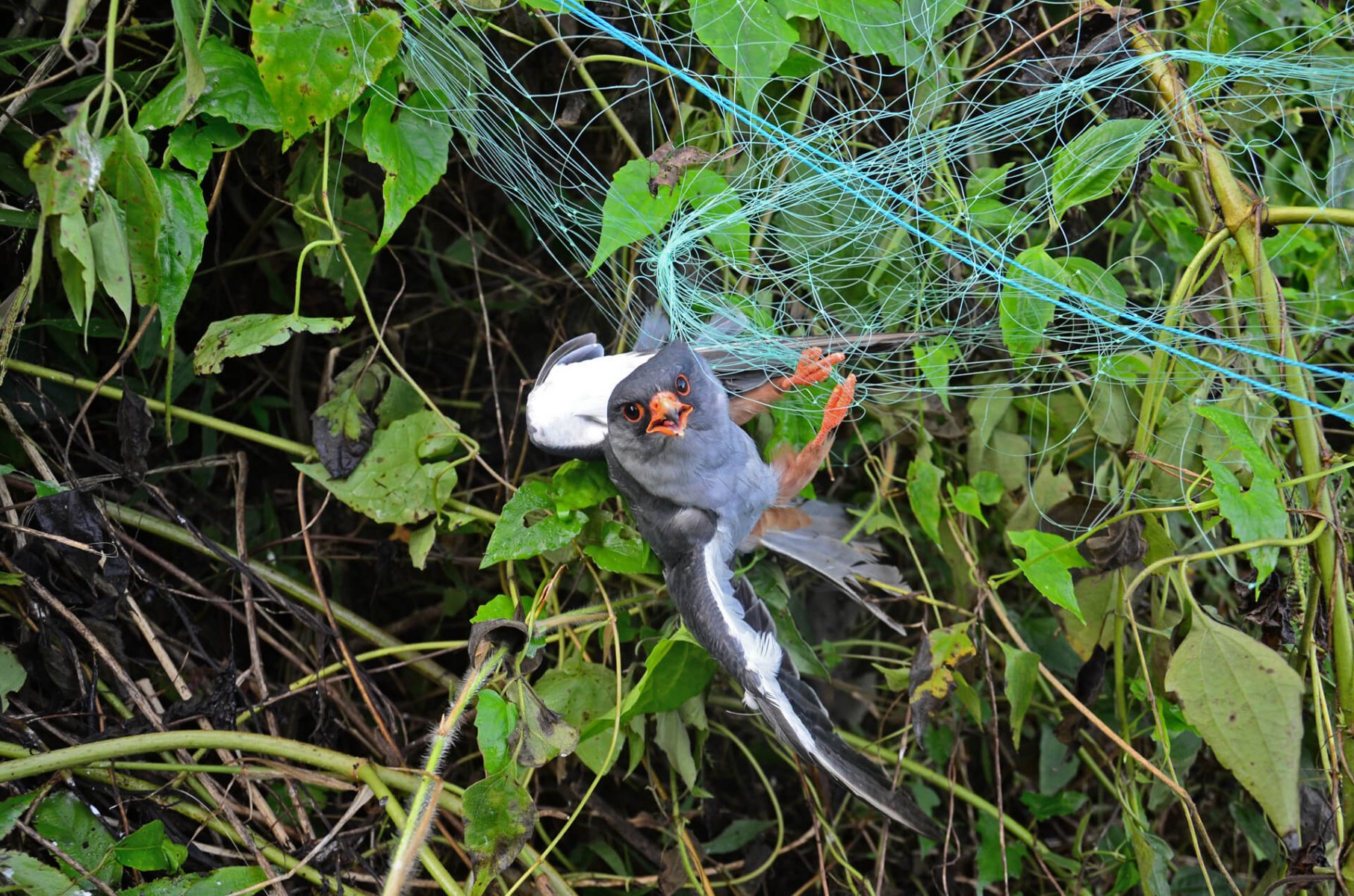 An Amur Falcon struggles in a net in Nagaland, a situation no longer happening there (Conservation India).

The shocking news spread quickly across the world thanks to a video (below) put together by campaigning organisation Conservation India. The film showed how local hunters were using huge nylon nets spread across Amur Falcon forest roosting sites to capture the birds indiscriminately in enormous quantities.

The appalling scale of the killing prompted the Bombay Natural History Society (BNHS; BirdLife in India) to contact the Indian Minister for Environment and Forests and the Chief Minister of Nagaland. At the same time, BirdLife set up an emergency fund to help BNHS co-ordinate actions to halt the massacre. Many BirdLife Partners, such as BirdLife South Africa and the RSPB, also lent their voice to the campaign. Minister for the Environment Jayanthi Natarajan personally intervened, an act which led to the destruction of nets and the release of the remaining captive falcons.

The tragedy was stopped in 2012, but BNHS needed to put steps in place to ensure that future crises would be prevented. Supported by the emergency appeal, BNHS co-ordinated a widespread programme, working with Nagaland Wildlife and Biodiversity Conservation Trust. Field teams were established to monitor Amur Falcons at their roosting sites and to directly intervene to prevent the atrocities from happening again. Locals were employed to patrol the Doyang Reservoir, one of the largest roosting sites for the falcons. The government’s Forest Department also joined the patrolling team, which acted as conservation ambassadors within the local community. 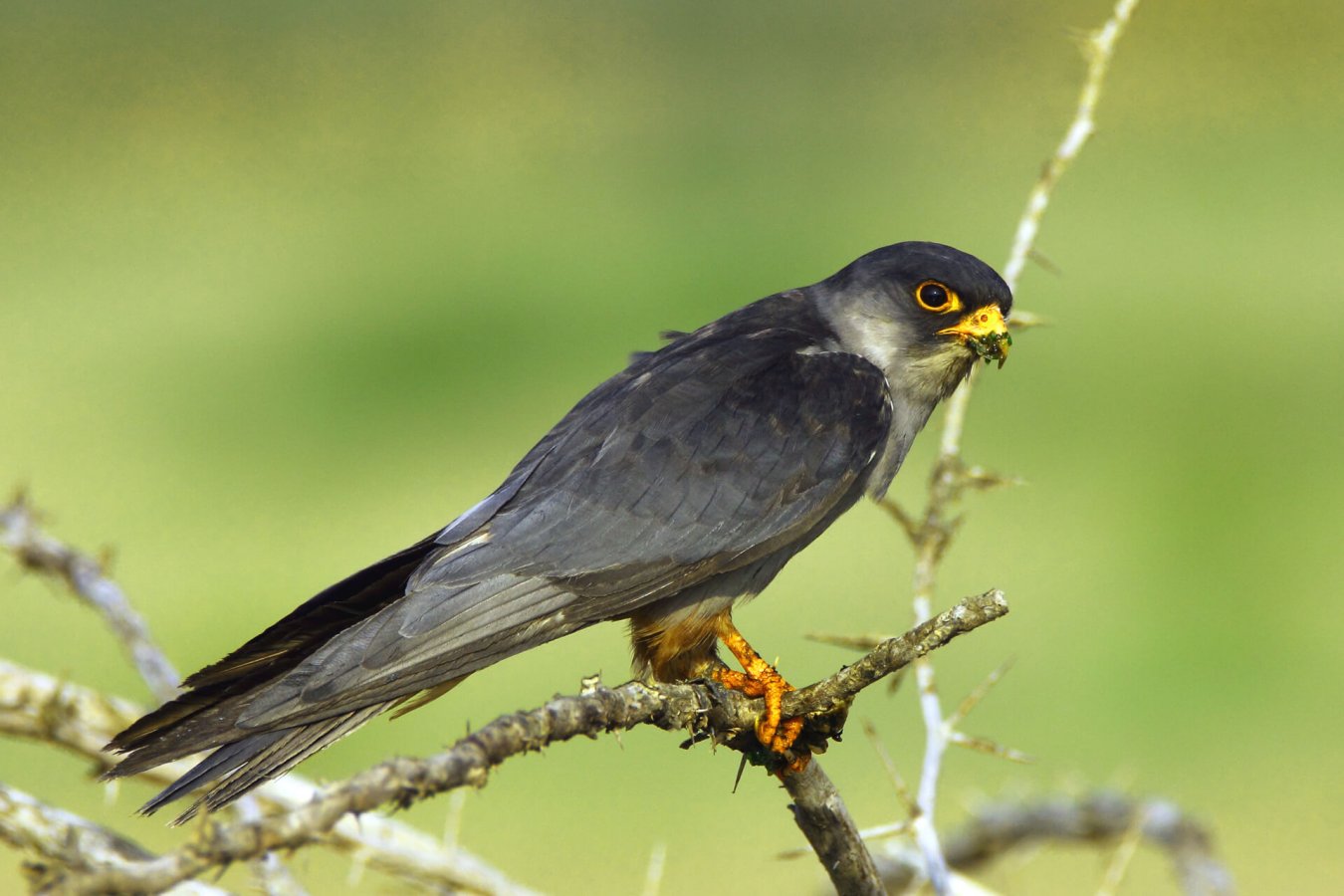 BNHS focused on natural history education to advocate for the protection of the Amur Falcons. Several clubs were set up, using a unique model: adults from Doyang, Pangti, Asha and Sungro villages were trained and employed as teachers, and young students between the ages of eight and 17 years were given free environmental education. The aim was to teach children about the wonders of bird migration and the importance of keeping certain wild bird populations intact. BNHS also runs eco-clubs independently in the villages of Jalukie, Lilien, Bongkolong and Ahthibung in Nagaland, with more than 500 students being tutored.

BNHS is also supporting natural history outreach and advocacy in the state of Manipur through the Indian Bird Conservation Network (IBCN), with innovative Amur Falcon dance festivals being held in that state. As a result, Tamenglong in Manipur, which sees a very large congregation of falcons every year, has also passed a resolution to stop hunting the birds through their village council. 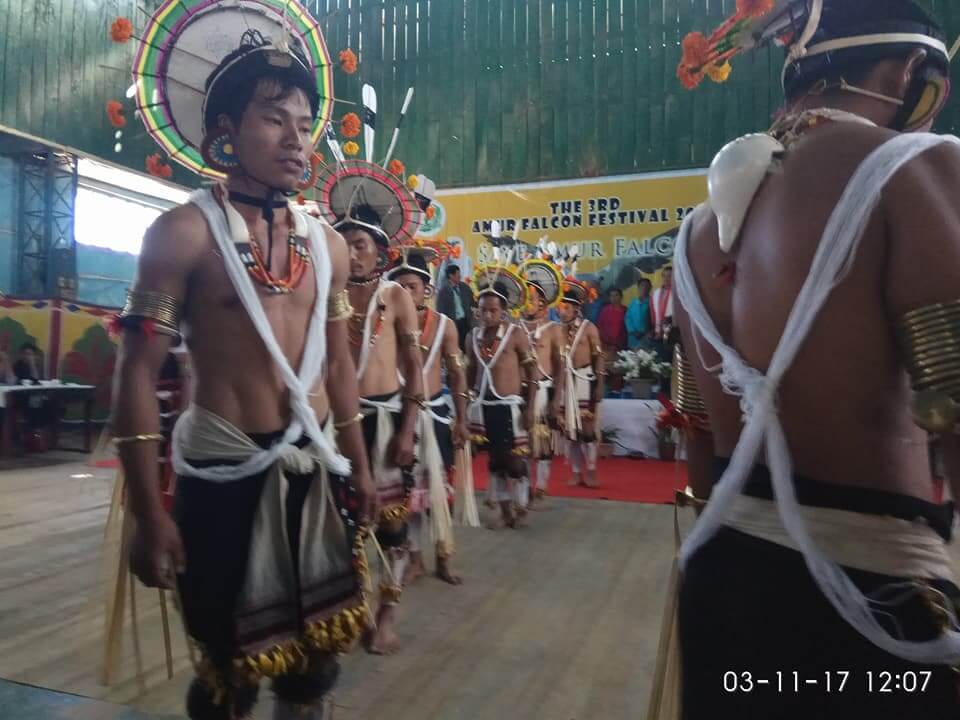 A screengrab of a video of a celebratory Amur Falcon dance in Nagaland (BNHS).

Tackling the underlying causes of illegal killing in communities is no easy feat, but in 2013 Amur Falcons were granted safe passage through north-east India, thanks to the joint action of locals, government and NGOs. As attitudes changed in the space of a single year, not one Amur Falcon was trapped during the 2013 winter migration and none have been since. The hundreds of thousands of Amur Falcons that visited the Doyang Reservoir that year were finally able to do so in peace.

“We have come a very long way from working in a state which has no conservation history to trying to advocate for wildlife in a sensitive manner,” said Neha Sinha, the BNHS’s Advocacy and Policy Officer and Principle Investigator of the Amur Falcon Project. “Education itself is empowering. We have not told the locals what to do; we have shown them Amur Falcon migration maps, biology and stories, and inspired an absolute dedication to the community’s education and skill development, and they decided to give up hunting. For this, we have the community to thank.”

Pangti, the largest hunting village in the area, recently declared a total ban on airguns – a very significant development, as it was a common hunting method. Furthermore, the village council put a seasonal ban on all wild-bird hunting, fulfilling another one of BNHS’s goals in the area. Today the Doyang Reservoir is once more recognised as a stop-over for up to a million Amur Falcons every year, a spectacle that all locals from government officials to former hunters can all enjoy together.