Conservationists trying to save the UK's most threatened farmland bird have been given a helping hand by members of the public who've been calling a special hotline to report sightings. Since Operation Turtle Dove was launched by the RSPB, Conservation Grade, Pensthorpe Conservation Trust and Natural England in May, the hotline has had 429 calls reporting the elusive bird. Highlights include two unusual sightings on the Welsh coast, an area not usually associated with Turtle Doves; a B&B, frequented by visitors to the RSPB's Snettisham nature reserve, where a pair of Turtle Doves nested in the conifers outside; and various calls from people who thought the 'purring' sound Turtle Doves make was coming from a group of frogs. Norfolk came top as the county with the most reported Turtle Dove sightings (112); second was Suffolk (69), closely followed by Cambridgeshire (61), with Essex (32), Kent (29), and Lincolnshire (20) coming fourth, fifth and sixth.

Alison Gardner from Operation Turtle Dove said: "It's great that we've already had so many people supporting Operation Turtle Dove and looking out for these birds. At this time of year, just before Turtle Doves head off on migration, juveniles and family groups are easier to spot so we're hoping for some more reports before the season's out and are appealing to anyone who spots a Turtle Dove to call and give us as much information as possible." 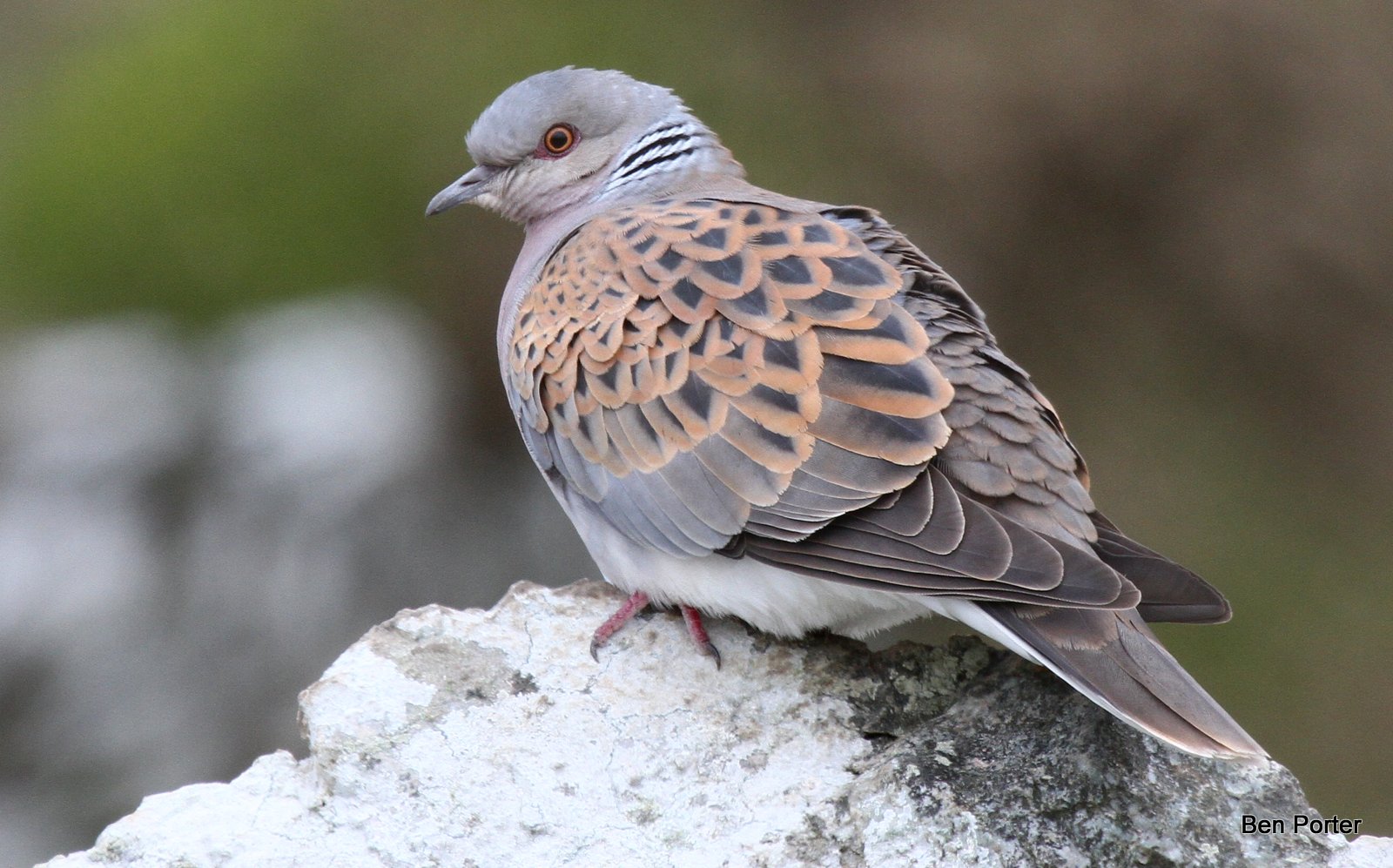 Turtle Dove numbers have fallen dramatically since the 1970s with just nine birds now for every hundred there were 40 years ago. Once widespread across much of England and Wales, the species has been lost from many areas and is now primarily restricted to areas of East Anglia and southern England. Reasons for the Turtle Dove's population crash are not fully understood. However, since the 1960s the diet has changed from mainly the small seeds of wild plants to one dominated mainly by crop seeds, which are scarce early in the breeding season and may provide a poorer-quality diet for Turtle Doves. Simon Tonkin, the RSPB's senior farmland advisor, said: "Turtle Doves feed almost exclusively on seeds. Many of the traditional wild foods are now scarce on farmland and it is uncertain whether crop seeds are providing an adequate substitute. Additionally, Turtle Doves prefer to nest in hedgerows or areas of scrub over 4m tall, habitats that are less common than in the past."

Operation Turtle Dove's hotline has also received a number of calls from people with large gardens, often backing onto agricultural land, who've spotted Turtle Doves taking food from their bird feeders and using the garden pond to drink from and bathe in. RSPB researchers have also found nests in gardens and amenity areas bordering farmland, which may reflect a shortage of resources on agricultural land meaning the birds are forced to find alternatives to survive. Simon added: "This means farmers and householders in rural areas have a huge role to play in the conservation of this beautiful bird. While there are some great advocates out there doing all they can, it still needs more support."

To report your Turtle Dove sightings, call the Operation Turtle Dove Hotline 01603 697527 or you can submit your sightings, together with any photos and stories you'd like to share, by emailing turtledove@rspb.org.uk. Two advice sheets on how to help Turtle Doves, one for farmers and one for people with large gardens or outside spaces that back onto arable fields, are available free from the RSPB by emailing turtledove@rspb.org.uk or calling 01603 697589.