Albatross Task Force to the rescue 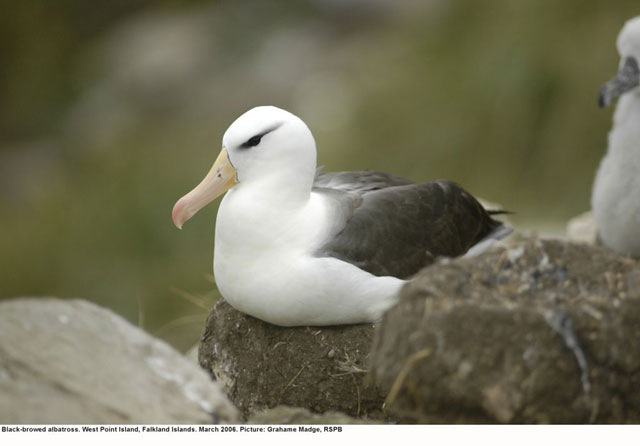 The albatross is one of the 'super' species in the birding world. They are miracles of nature's engineering. The Wandering Albatross and Royal Albatross have the largest wingspan of any bird (up to 3.5 metres). Their journeys can be only be described as 'epic' — a Grey-headed Albatross from South Georgia has been recorded circumnavigating the globe in a mere 46 days. They are also some of the largest and longest-lived birds. However, many do not now have the opportunity to reach old age. 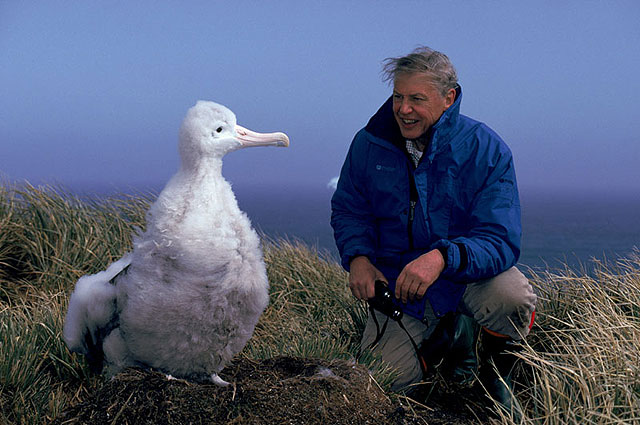 Albatross and Sir David Attenborough: 'Albatrosses have survived in the harshest marine environment for 50 million years, more than 100 times longer than our own species. However, these magnificent birds are unable to cope with man-made threats: such as longline fishing'. Sir David Attenborough who launched the Save the Albatross campaign (photo: RSPB).

Time is running out for seeing the world's albatrosses. Every year an estimated 100,000 are accidentally killed by longline fishing vessels. This practice uses baited lines over 100 km long, covered with thousands of hooks. It drowns those seabirds which snatch the baits as the longlines are paid out into the sea. Around the world, many albatross populations are declining rapidly, and few of them are immune as longline fishing occurs in every ocean they do. Currently, 19 of the world's 21 species are facing the threat of extinction.

The RSPB and Birdlife want to create a team of 10 people (an Albatross Task Force) across the world to work with fishermen on shore and at sea. We already have five Albatross Task Force members working in South Africa and Brazil. There is hope — the fishermen are catching dramatically fewer birds using the techniques they are being shown. 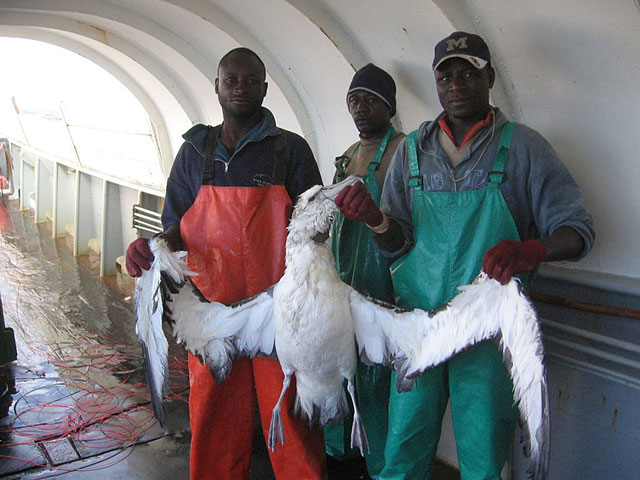 Taskforce member photo of fishermen holding dead albatross in South Africa: 'One of the hardest things is feeling sad when a dead bird is hauled up. But I only hope that our work at sea will put a stop to such images'. Meidad Goren, Albatross Taskforce Member working in South Africa (photo: RSPB).

It is estimated that an albatross dies on the end of a longline hook somewhere in the world's oceans every five minutes. The world doesn't have time to wait to save these ancient mariners from oblivion.

The race is on to save these super birds.

To find out more about albatrosses, the work of the task force, or add your support to this work please visit www.savethealbatross.net