African Penguins could be vaccinated against bird flu

Tests are underway to see if South Africa's population of African Penguins could be boosted by a bird flu vaccine.

An international project, which includes scientists from Aberystwyth University, is testing the vaccine on penguins in captivity. Hundreds of birds were killed by an outbreak which began in 2017, and the tests are being conducted as a "last resort" to save the species if the deadly disease strikes again. 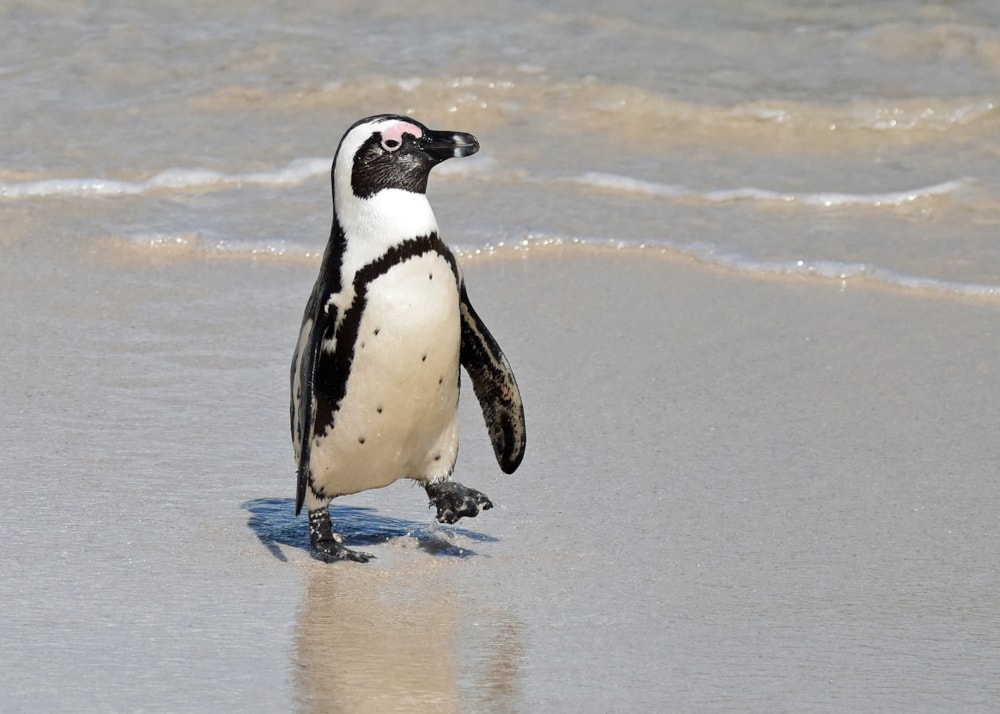 African Penguins could be vaccinated against bird flu (Tony Hovell).

African Penguin numbers have dropped to just 3% of the levels seen in the early 20th century amid pressures from human disruption, pollution, loss of habitat and food sources. Once numbering more than three million, there are now fewer than 20,000 pairs remaining.

Researchers from Aberystwyth University helped launch a project to examine the birds to see whether they are still carrying the disease, and what other illnesses could be contributing to their decline.

Scientists from the international African Penguin Health group are collecting blood, swabs and feather samples from 800 penguins in Namibia and South Africa, as well as examining dead birds in the first comprehensive health check of the population.

They also hope to launch an app which would encourage the public to report sightings of dead penguins, as well as reporting when no penguin carcasses are visible, to help figure out how unusual the deaths are.

A trial to test the vaccine in penguins in captivity began six months ago and is so far yielding encouraging results. Vaccinating the wild population would be a last resort to save the species, said Professor Darrell Abernethy, head of the university's school of veterinary science. The bird flu vaccine is more commonly used in domestic or commercial birds such as poultry, and the mass vaccination of wild penguins would be a world first, he added.

Scientists from institutions around the world, including Freie Universität in Berlin, South Africa National Parks, the Southern African Foundation for the Conservation of Coastal Birds, the University of Namibia and the University of Pretoria are also involved in the research.

Workshops with local colony managers are planned early next year to discuss the best way to cope with another outbreak in the population, including carrying out health checks and disposing of dead birds, as it is not yet known whether infected carcasses can pass the virus on.