A program to protect Asia's songbirds

Experts from wildlife conservation and research organisations have devised a comprehensive strategy to protect Asia's songbirds from the impacts of excessive trapping for the cage-bird trade.

The second Asian Songbird Trade Crisis Summit, organized by Wildlife Reserves Singapore and TRAFFIC, took place in Singapore from 19–21 February, and was the platform to launch the Conservation Strategy for Southeast Asian Songbirds in Trade.

The Strategy's recommendations included greater education and community outreach, establishing and expanding conservation breeding colonies such as those currently found at Jurong Bird Park, and further research into the taxonomy and wild populations of species of concern — such as Rufous-fronted Laughingthrush, a formerly common species restricted to the mountains of western and central Java whose population has been devastated by trapping.

Fifty-four representatives from a range of conservation non-governmental organisations, government agencies, the eco-tourism industry, academic and zoological institutions gathered to review progress and refine plans aimed at curbing such over-exploitation of songbirds in Asia, which has seen a number of formerly common species decline across the region.

Dr Cheng Wen-Haur, Deputy Chief Executive Officer and Chief Life Sciences Officer at Wildlife Reserves Singapore, said: "The unsustainable songbird trade has become a major threat to the survival of South-East Asian songbirds and has given rise to the eerie 'silent forest syndrome'. Concerted efforts as spelled out in the Songbird Conservation Strategy are essential if we are to have any chance of averting this extinction crisis facing one of the most wonderful groups of creatures on earth." 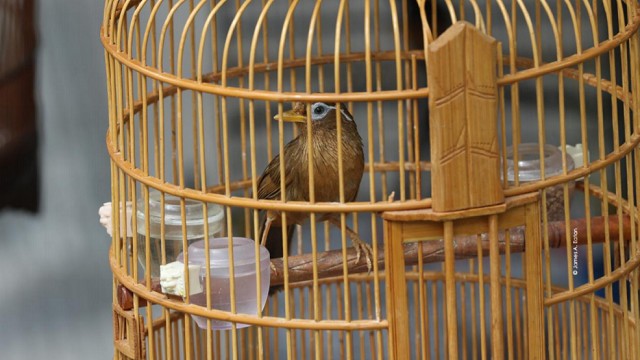 In September 2015 the first Asian Songbird Trade Crisis Summit was held to begin the process of co-ordinating a response to the alarming numbers of songbirds trapped from the wild for domestic and international trade in South-East Asia.

The second Summit began with participants sharing updates on developments since 2015, followed by presentations on potential opportunities including campaigns by zoos and behaviour-change strategies to reduce the unsustainable demand for wild birds using bottom-up approaches.

Other priority action areas included improving knowledge on wild populations, supporting law enforcement successes along the trade chain and developing a plan for the rehabilitation and release of confiscated birds.

"Shutting these markets down is essential, if efforts to save some species from extinction are going to be successful."

The conference follows a report highlighting the dangers of over-harvesting wild birds. Over 14,000 birds were found for sale in Singapore's shops during the four-day study, 70 per cent of which were non-native or formerly native to the country. Almost 6,500 of those were Oriental White-eyes, a species now eradicated from Singapore due to excessive trapping. 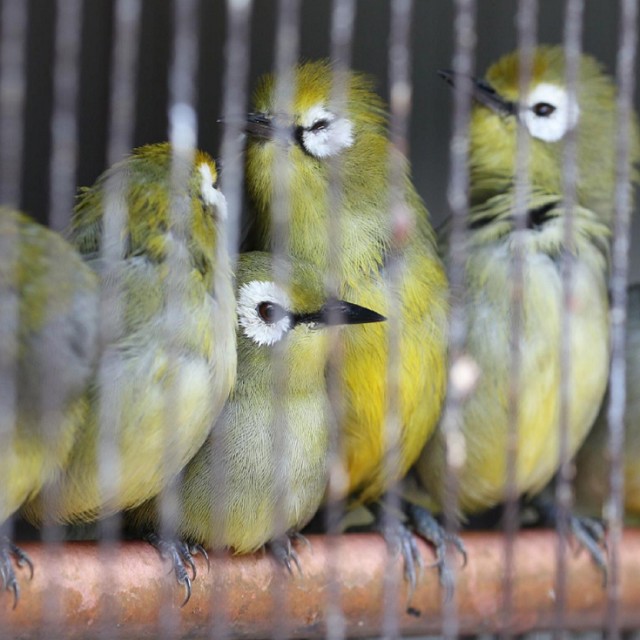 Of the non-native species recorded, more than 30 per cent were from Central and South America, said the report, highlighting Singapore's specialist role in trading birds from that region, although the country has been an historical focus for the exotic bird trade in Asia since at least the mid-19th century.

Of concern, 97 per cent of the individual birds seen in Singapore's markets were species not listed in the Convention on International Trade in Endangered Species of Wild Fauna and Flora (CITES), meaning they are not subject to international regulation — and with trade largely taking place under the radar there is often little, if anything, known of its impact on wild populations.