This constitutes a large-scale joint program to scale up the protection, restoration and sustainable management of 50+ key wetland sites in the East Asian-Australasian Flyway (EAAF), stretching from Siberia and Alaska to New Zealand and Australia. The organisations will join forces to raise and mobilize finance of at least $3 billion over the next 10-20 years to help this cause.

The most threatened of the planet's eight important bird migratory 'super-highways', the flyway is critical for the livelihoods and wellbeing of hundreds of millions of people, as well as the annual migration of well over 50 million individual birds of 200 species in Asia and the Pacific. 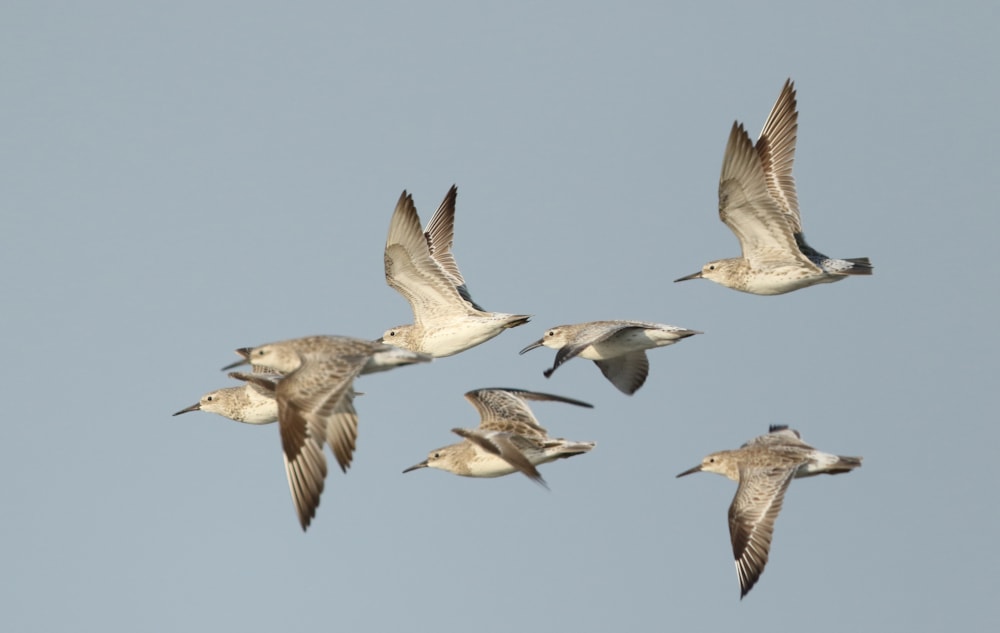 Great Knot is among several endangered and declining shorebird species that are dependent on wetlands along the EAAF (Jon Mercer).

As well as supporting huge numbers of birds, the flyway's wetlands play a major role in climate mitigation through carbon sequestration and climate adaptation by protecting the 200 million people who live and work along them from storm surges, sea-level rise and flooding. These wetlands serve as important refuelling and resting sites for millions of migratory birds and provide sustainable economic livelihoods for thousands of communities including through agriculture, fisheries, eco-tourism and recreation.

Patricia Zurita, BirdLife's CEO, said: "BirdLife is proud to join the ADB and the EAAFP in this truly important effort to save and restore such critical habitats for birds and people. With the planet at a tipping point from the biodiversity and climate emergencies, this type of innovative, integrated, large-scale and broad approach is commensurate to the challenges."

ADB President, Masatsugu Asakawa, added: "As we rebuild from the pandemic, we must seize the opportunity to secure a green, resilient, and inclusive future. Our flyway-wide approach is a great example of how we can do this through strong international cooperation. ADB is proud to lead on efforts like this, with a blended approach that brings together effective public and private finance."

Robb Kaler, Chair of EAAFP said in his closing remarks at the launch: "The restoration and maintenance of ecological connectivity in the Flyway are essential for migratory waterbirds as they play a functional role in the completion of their migratory cycles and ultimately in their survival. The Initiative will support the scaling up of conservation efforts by our Partners for the conservation of wetlands by mainstreaming the Flyway approach in regional and national agendas”.

BirdLife will serve as a key delivery partner through its diverse set of national partners present in most of the countries along the flyway.