A £2m project to create a new channel of the River Thames has been completed.

Berkshire, Buckinghamshire and Oxfordshire Wildlife Trust (BBOWT) created the 450-m (1,476ft) watercourse at Chimney Meadows Nature Reserve near Bampton, in Oxfordshire. It means fish can swim along part of the river and spawn there for the first time since the 1890s. 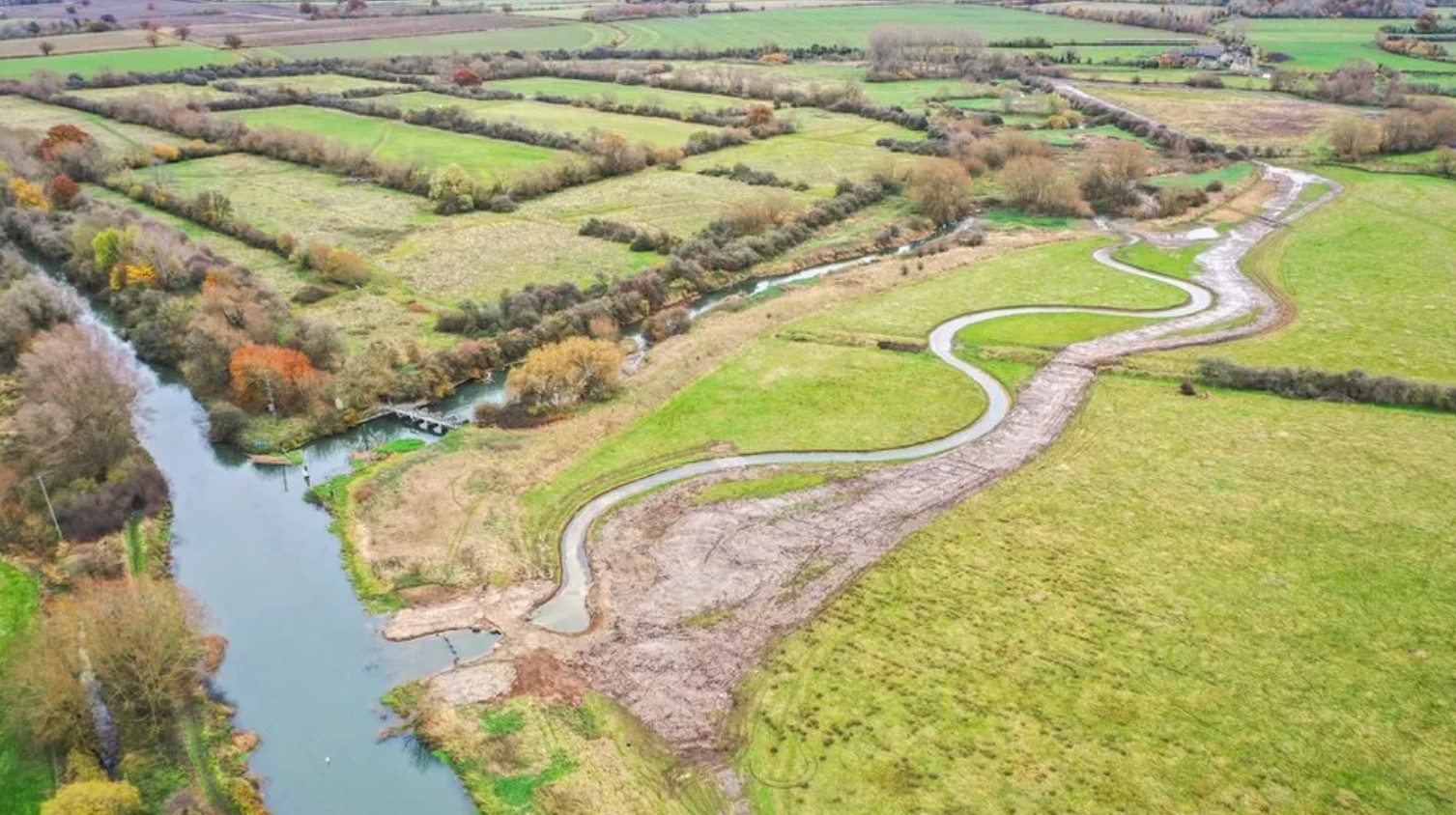 Chief Executive Estelle Bailey called it a "beacon of hope in the fight against climate change".

The two-year project to re-establish a naturally functioning floodplain habitat was funded by a grant from the EU's European Agricultural Fund for Rural Development, and involved creating a channel to bypass Shifford Weir. The weir was made when a "shortcut" channel was dug to connect two parts of the Thames to transport wool to London, but it blocked the movement of fish.

BBOWT said populations of native species including Barbel, Chub and Dace would now be able to swim along a 30-km stretch of the Thames and be "far more resilient to environmental change such as hotter, drier summers, and to pollution events".

New wet pools near the channel will also benefit Eurasian Curlew, which is in national decline. Lisa Lane, who oversaw the project but was diagnosed with breast cancer halfway through, said: "It was really challenging to make this project happen for many reasons and it came close to failing a few times. It would have been quite easy to give up, but I was determined to succeed and kept thinking 'there has to be a way'. I can't wait to show people what we have achieved."

BBOWT's Estelle Bailey added: "We need more nature everywhere and we hope this project will inform and inspire generations of conservationists who will go on to save the natural world from threats it now faces."