2020 a 'good' year for British butterflies

While 2020 may have been a particularly tough year for humans, it was officially declared a 'good' year for butterflies according to the latest results from the annual UK Butterfly Monitoring Scheme (UKBMS).

However, as butterfly declines continue, conservation scientists are considering how the view of what makes a good year has changed.

Butterfly Conservation's Associate Director of Recording and Monitoring, Dr Richard Fox, explained: "Perhaps because of the warm sunny spring weather last year and the fact that more people were enjoying nature as part of their day-to-day activities than ever before, butterflies seemed more numerous. But in fact, our baseline experience of the nature around us has changed over time.

"The meticulously gathered UKBMS data show that it was the third good year in a row for the UK's butterflies, ranking 10th best (averaged across all species) since the scheme began in 1976. Nevertheless, almost half of our butterfly species (27 of 58 species) were recorded in below-average numbers last year. It was another strong year for Peacock, although many common species nonetheless remain down on their historical abundance (Matthew Webb).

"It is worrying that, even after three good years, population levels of so many butterfly species continue to be down compared to 40 years ago, with just under a third (31%) of butterfly species assessed in the UK showing long-term declines.

"We need to be wary of shifting baseline syndrome, whereby we forget (or never experienced) the greater biodiversity that occurred in the UK in former decades and therefore lower our expectations and aspirations for conservation. Here the UKBMS has a vital role to play in showing how insect populations have declined over time."

Butterfly populations fluctuate naturally from year to year, but the long-term trends of UK butterflies are mainly driven by human activity, particularly the destruction of habitats and climate change. Conservation efforts can make a real difference to local populations and 2020 was a good year for a number of scarce species that are the targets of conservation action, including Large Blue (which had its joint second-best year), Silver-spotted Skipper (which had its third-best year), Silver-studded Blue (joint fourth-best year) and Duke of Burgundy (joint sixth-best year).

Among the UK's widespread butterfly species, Brimstone, Orange-tip and Marbled White all had a good year, although their numbers were not at the exceptional levels seen in 2019. After a run of four very poor years, Small Tortoiseshell numbers improved, showing an increase of 103% on 2019, but remaining below long-term average levels and the species still shows a serious (79%) decrease in abundance since 1976. Marbled White wasn't quite at the heady heights it reached in 2019, but 2020 proved another excellent year for the species (Tate Lloyd).

It was also the best year since 2014 for Peacock numbers in England and the eighth best on record. Holly Blue also fared well, enjoying its sixth consecutive year of above-average numbers in England and has increased by 146% since 1976. In Wales, the rare High Brown Fritillary also did well, with its best year since 2015 and fourth best since the trend for this species began in 1995.

One species that had a particularly bad year, however, was Small Pearl-bordered Fritillary: 2020 was the third worst on record, extending a run of nine consecutive years with below-average numbers. The species' population has declined by 68% since the UKBMS recording began in 1976. The migrant Painted Lady also had a poor year and populations of Wall, Grayling and Small Skipper all remained at a low ebb. For example, Grayling had its worst year in Wales since 1998 and its second worst overall – its numbers have declined by 95% across the country since 1976.

Dr Marc Botham, Butterfly Ecologist at the UK Centre for Ecology & Hydrology, said: "Despite 2020 being a challenging year for data gathering and conservation activity, we received nearly half a million records from more than 2,500 sites over the year.

"We are incredibly grateful to the thousands of volunteers who were able to carry out COVID-safe monitoring and maintain this invaluable long-term dataset. This enables scientists to better assess how butterflies are faring as well as the health of our countryside generally. Thanks to volunteers' efforts and advances in analytical methods, we were able to report on population levels on all but one of our UK butterfly species in 2020." 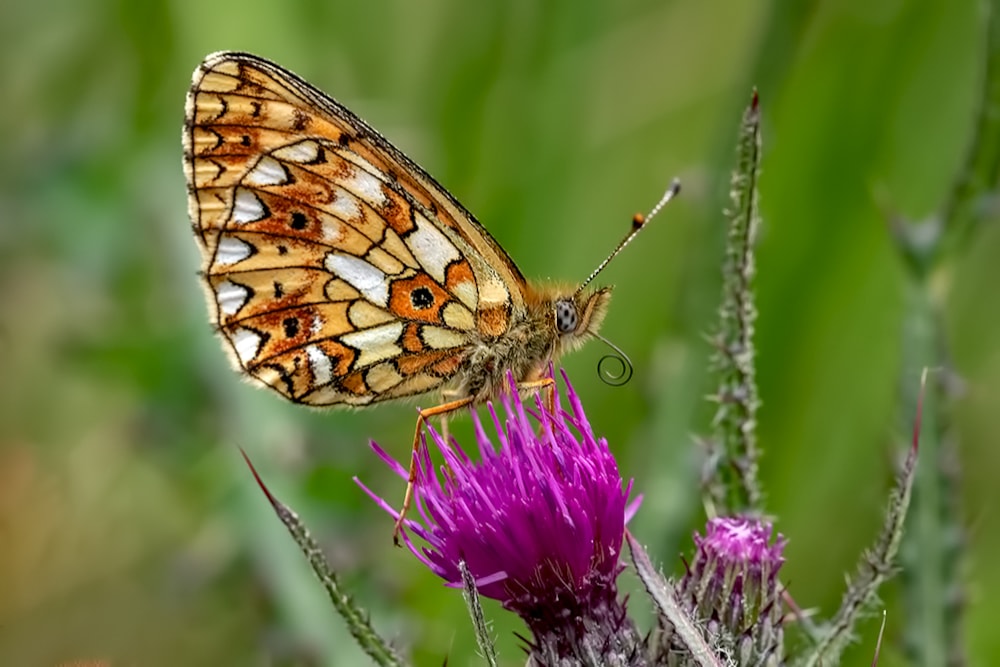 Sarah Harris, Breeding Bird Survey National Organiser at the British Trust for Ornithology, whose volunteers collect butterfly data through the Wider Countryside Butterfly Survey, added: "While 2020 was an overall good year for UK butterflies, the latest results underline the value of long-term monitoring, since it is these data that reveal the impacts of habitat loss and climate change. Butterflies are a vital part of our ecosystems on which so many birds, mammals and other species rely and these data are so valuable to our understanding of the health of the natural environment.

"It is thanks to volunteers that we are able to monitor butterfly populations and hundreds of the BTO/JNCC/RSPB Breeding Bird Survey volunteers revisit their bird recording squares to survey butterflies, moths and dragonflies for the Wider Countryside Butterfly Survey. We are grateful to all the volunteers who helped collate records for the UKBMS and are pleased to be part of this important monitoring."