2014: the year of the 'Continental Crusaders'

2015 could be the most exciting butterfly year for a generation following an influx of exotic continental species into the UK this summer, Butterfly Conservation has revealed.

The first striking butterfly emergence of the year took place in late spring, when Continental Swallowtails (Papilio machaon gorganus) emerged as adults along the south coast from Suffolk to Dorset. These adults were the offspring of the 2013 Swallowtail invasion — the largest in the UK since 1945. The Continental Swallowtail resembles a tropical species, with dramatic yellow and black markings and distinctive streamer-shaped tail. It is slightly larger than the UK subspecies britannicus, which is restricted to the Norfolk Broads. If any surviving Continental Swallowtails manage to overwinter successfully and emerge across southern England again in 2015 it would suggest that the species is attempting to colonise parts of the UK. 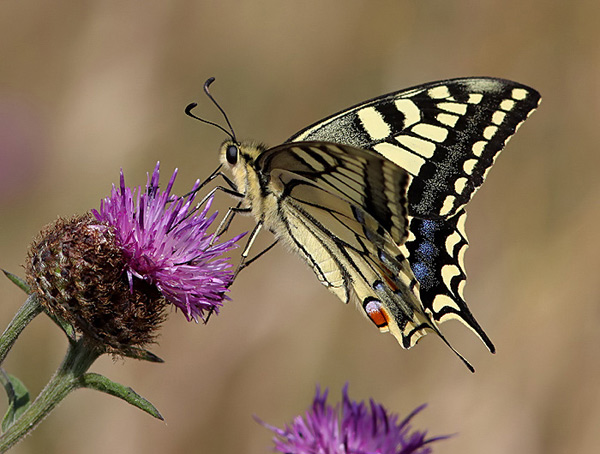 But the unprecedented butterfly immigration of the year took place took place in July, when the extremely rare Scarce Tortoiseshell (Nymphalis xanthomelas), also known as the Yellow-legged Tortoiseshell, appeared in the UK for the first time since 1953. From the middle to the end of July there were more than 20 reported sightings of the butterfly in several counties, mainly along the east coast centred on Norfolk, but stretching as far as Devon, Tyneside and the West Midlands. This large and beautiful species is found from Eastern Europe to China and Japan and has recently spread westwards towards Sweden. 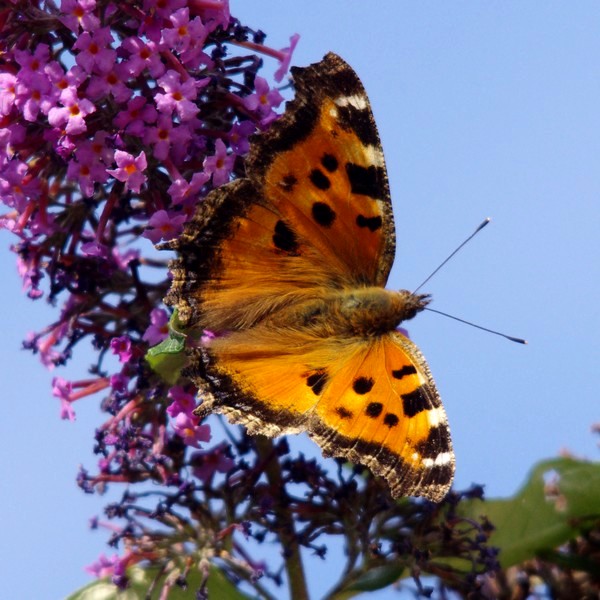 The butterfly prefers very cold conditions, so unless the UK experiences a colder than average winter, the Scarce Tortoiseshell's prospects may be bleak. The less rare but equally beautiful Large Tortoiseshell (Nymphalis polychloros), which was lost as a breeding species in the UK more than 40 years ago, was also regularly seen in southern England during the summer. The butterfly has increased in the Channel Islands in recent years, raising the possibility that it could return to the UK.

Elsewhere, there was a spate of sightings of the Clouded Yellow (Colias croceus) from early to mid-November. A mild winter would give the butterfly every chance of surviving into 2015.

Dr Tom Brereton, Butterfly Conservation Head of Monitoring, said: "The emergence and immigration of Continental Swallowtails and Scarce Tortoiseshells has made 2014 a truly remarkable butterfly year and, with a bit of luck, 2015 could shape up to be even more memorable. There have been lots of exciting stories recently of birds, dragonflies, moths and other insects colonising the UK as the climate has warmed up. This year's events show that butterflies are finally getting in on the action, giving a much-needed boost to our depleted butterfly fauna."