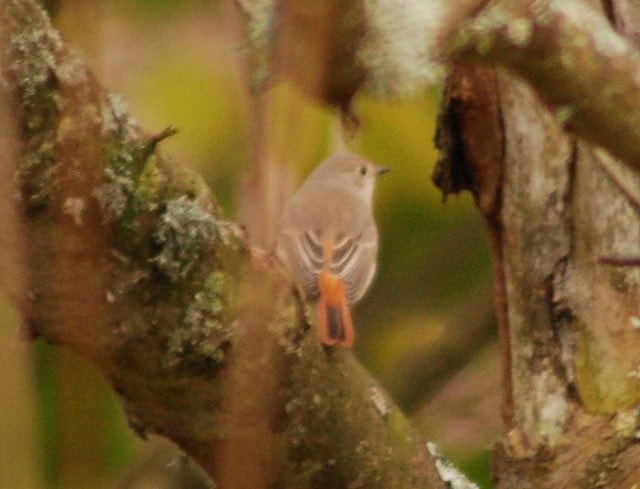 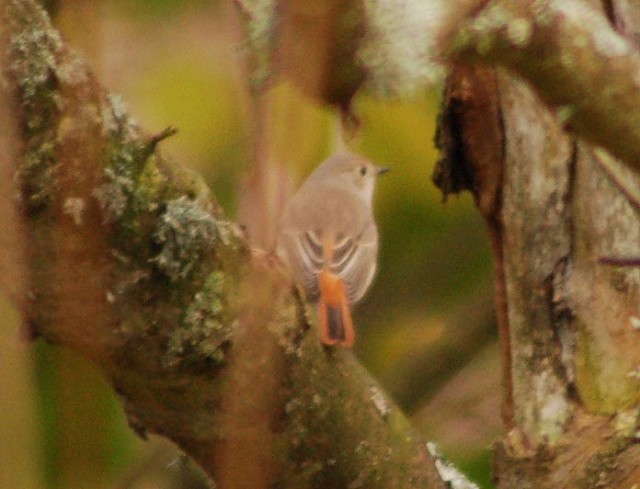 Below are some images of a redstart found by Daniel Eva at Helston Loe Pool on Sunday afternoon, 16th November 2008, showing some characteristics of the eastern form of redstart. It was later video'd by John Chapple and photographed by Kate Jones. Daniel was surprised how pale and sandy coloured the bird was. In addition, the pale edges to the tertials and secondaries formed a panel in the wing. Any constructive comments on the identification would be welcome. The bird was observed in typical woodland habitat and the light was fairly dull under the canopy. The shot below was the best that Kate could obtain given the dull light.

Nikon D50 and 70-300 Nikon lens A couple more shots are shown on the blogspot, link below. 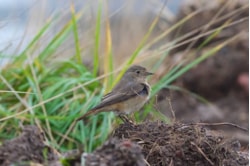 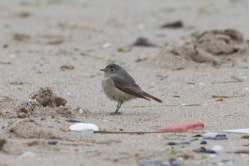 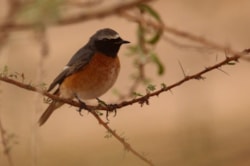 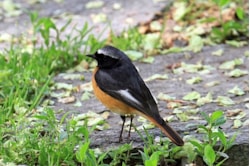 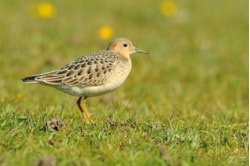 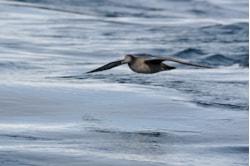 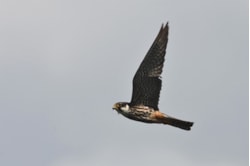 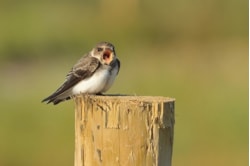