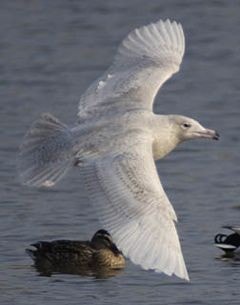 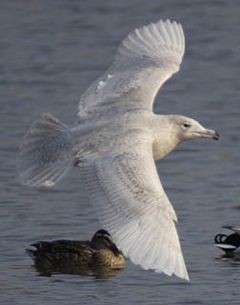 There was vigorous debate in the BirdGuides office over the March 2002 Photo of the Month winner, as the quality and quantity of images submitted continues to increase each month. The one photo we all had in our shortlist, however, was Paul Burrows' flight shot of a Glaucous Gull at Chew Valley Lake in Somerset. We all appreciate the difficulties of capturing decent images of birds in flight, so Paul's photo wins particularly on technical grounds - however it's an attractive image in its own right, and captures all the main features clearly. Unlike previous winners, Paul isn't a digiscoper: he uses a Nikon D1h digital SLR camera, generally with a 300mm f2.8 lens and 2X teleconverter. More of Paul's bird photos can be seen on his website at www.bath.ac.uk/~pyscpb/BirdHome.htm. As his prize, Paul chose a copy of our CD-ROM Guide to Rarer British Birds. Other photos with multiple votes from the BirdGuides jury were Russell Wynn's Shorelark shot from the Isle of Wight, the tricky-to-capture Hume's Warbler photographed by Tim Brown, a great Short-eared Owl shot from past winner Jerry O'Brien, and a nice Hoopoe head shot by Andy Brett. Smallish 1st-winter bird, well worn; Nikon D1h 300mm lens with 2X converter 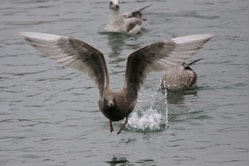 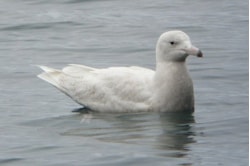 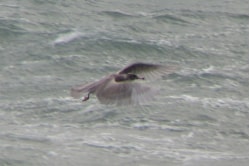 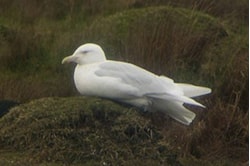 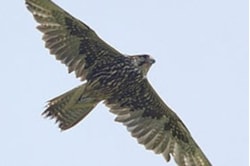 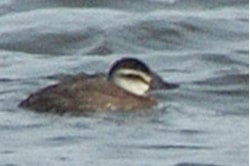 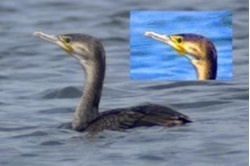 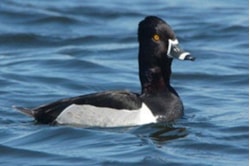