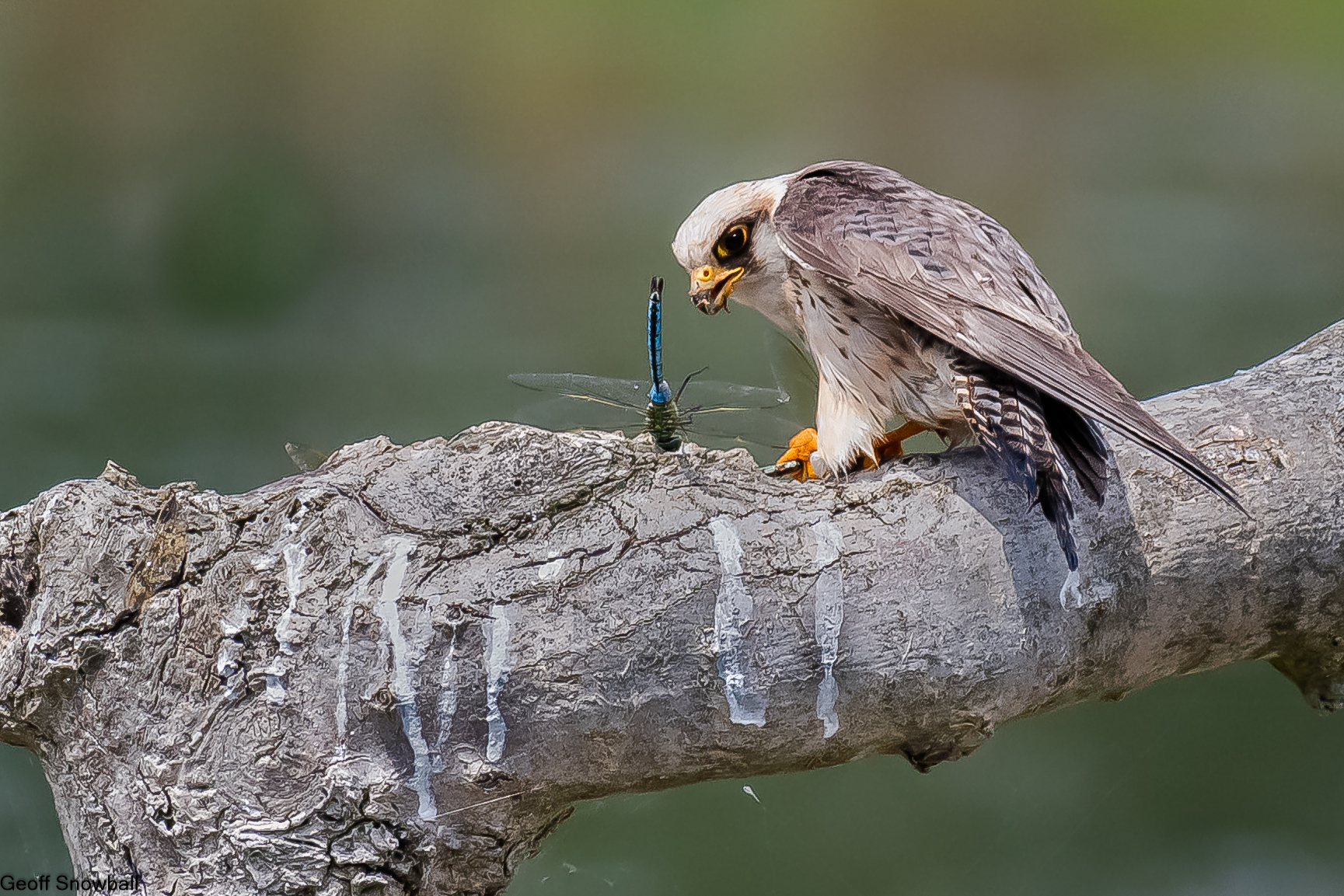 The falcon 1st summer female returned to the perch after a hunting foray clutching two Emperor dragonflies, presumably a mating pair as dragonflies mate in flight. In this sequence of 5 shots the male detached itself from the female and made a bid for freedom. The final fate of the male is not known, the last shot showing it tumbling from the perch, legs upwards. Females are known to feign death to avoid the attentions of males. The conjecture is was the male feigning death to avoid the attentions of the falcon?