Young Puffins work out their own migration routes

Young Atlantic Puffins migrating for the first time scout out their own routes, rather than relying on genetic programming or help from their parents, the latest study reveals. A team of UK scientists tracked 18 Puffins from Skomer Island just off the coast of Pembrokeshire in west Wales and found that each bird uses a completely different migration route. Some birds go to waters off Greenland or Iceland for the winter, while others stay closer to home or head out in the opposite direction into the Mediterranean.

After tracking eight of the birds the following year, the researchers discovered that each Puffin follows the same route it used the year before. "The birds' migrations are unlikely to be genetically programmed, because individual routes are so different," says Professor Tim Guilford from the University of Oxford, joint first author of the study, along with Dr Robin Freeman from Microsoft Research Cambridge. Nor is it likely that young Puffins are learning from their parents, because fledglings leave the colony alone, at night, and long before the adults do, so have no opportunity at all to copy mum and dad. The team's results are surprising, because previous studies suggest that birds do either rely on genetic instincts, or learn which route to take from their parents or the flock.

Where seabirds go and how they migrate over featureless open ocean has long been a mystery to scientists. That is, until researchers at the British Antarctic Survey developed tiny devices called geolocators. The devices can be easily attached to a bird's leg and weigh just two grams, or less than 1% of the weight of an adult Puffin. They record light intensity and time, which, when fed into a computer programme, tells scientists more or less where the birds have been. "What's really changed is that we can study the long-distance movements of seabirds, because of this new technology," explains Guilford. "Until just last year, no-one knew for certain where Puffins go during the winter." 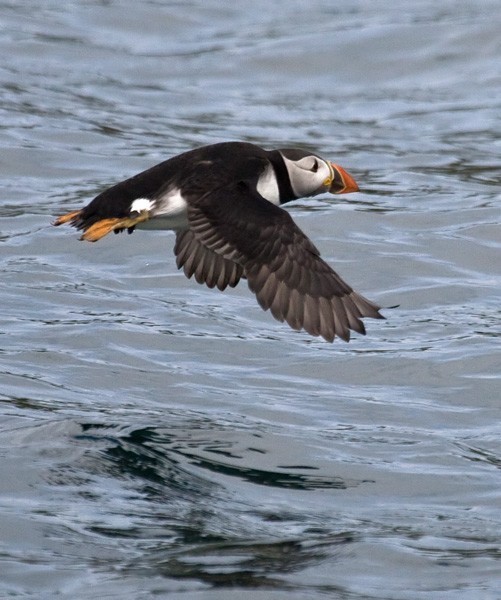 A recent study revealed that Puffins from the Isle of May, just off the east coast of Scotland, tend to overwinter in a wide range of places, including the north Atlantic, the North Sea, and as far as the Faroe Islands. "But there's no evidence for concentrated overwintering areas, and whenever people have spotted them out at sea, they tend to be alone," Guilford says. This adds weight to the idea that individual birds' migratory routes vary hugely. So Guilford, Freeman and colleagues from the University of Oxford and the British Antarctic Survey decided to use geolocators to find out. "We were particularly interested in finding out if these birds followed the same route year after year," says Guilford.

The fact that the birds do indeed stick to the same route they've scouted out previously was "a real surprise", he adds. "I thought we'd be looking at a genetically controlled migration." The findings suggest the birds have a memory of their route, perhaps learnt in their pre-breeding years, but exactly how they navigate over the open ocean is still not clear. 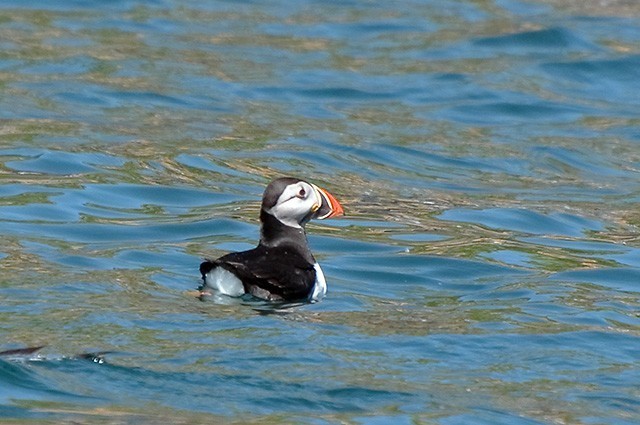 The results are also important from a conservation perspective. Puffins from the Isle of May haven't fared well in recent years. Research has revealed that part of the problem is lack of their favourite food — Sand Eels. But it's also showed that up to 50% of birds have perished during the winter. On the other hand, trends show that around 90% of birds from Skomer are surviving the winter. "What this means is that we can start to say that some overwintering areas are less good for birds," Guilford says. "What we'd like to do next is track young birds and do genetic studies to find out if Puffins on Skomer Island have different genetic heritages," he adds.