Imagine searching for a very rare species on scores of islands in an area of the tropics measuring 1,400 km between its north and south extremes, and the same distance again between its most eastern and western limits. Would anyone take on such a task? The answer is yes, because biologist Anna Reuleaux has taken up the challenge to search for the Critically Endangered Yellow-crested Cockatoo across an area of those dimensions.

Hardened to the duress of field conditions, Reuleaux is the principal investigator and doctoral student in a project by Manchester Metropolitan University in collaboration with Burung Indonesia, the national representative of BirdLife International. The project has been running since the second half of 2016, and is supported by the Loro Parque Fundación.

The project exists to gather the information crucial for the future conservation of the cockatoo. Of its several objectives, a vital one is to conduct surveys of remaining cockatoo populations across the entire geographical distribution of the species, to produce accurate estimations of local population sizes, and to determine their ecological requirements and need for interventions. Areas are being identified which have, or could have, the right conditions to be sites for future interventions or reintroductions. 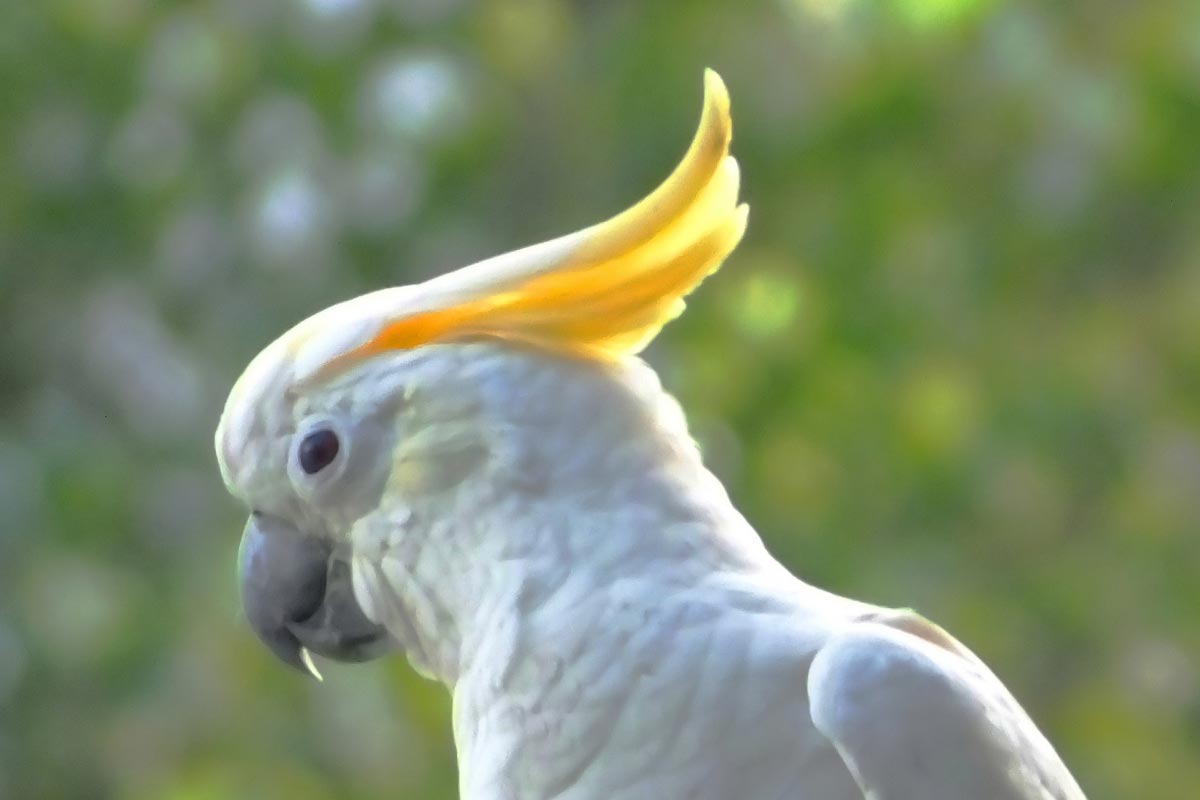 Like other Asian cockatoos, Yellow-crested Cockatoo has been particularly affected by over-exploitation for trade, as well as loss of its forest habitat. Indications are that the species has disappeared from almost all of its geographical distribution, a situation affecting all seven subspecies (recognised since 2014), all in the biogeographical region of Wallacea except for the subspecies abbotti on the Masalembo Islands.

Anna Reuleaux has already travelled through many islands, and has concentrated her survey efforts on the locations with the highest likelihood of populations surviving. She has not needed to survey locations with a known absence of cockatoos, nor those with known populations surveyed recently by other researchers. She has been able to confirm that the current most important strongholds of the species are the islands of Sumba and Komodo. Locations along the eastern fringe of the cockatoo's range came next – her most recent field excursion, with her field assistant Romy Limu, has been to survey West and East Timor, south-east Sulawesi and Buton, as well as the Wakatobi islands. 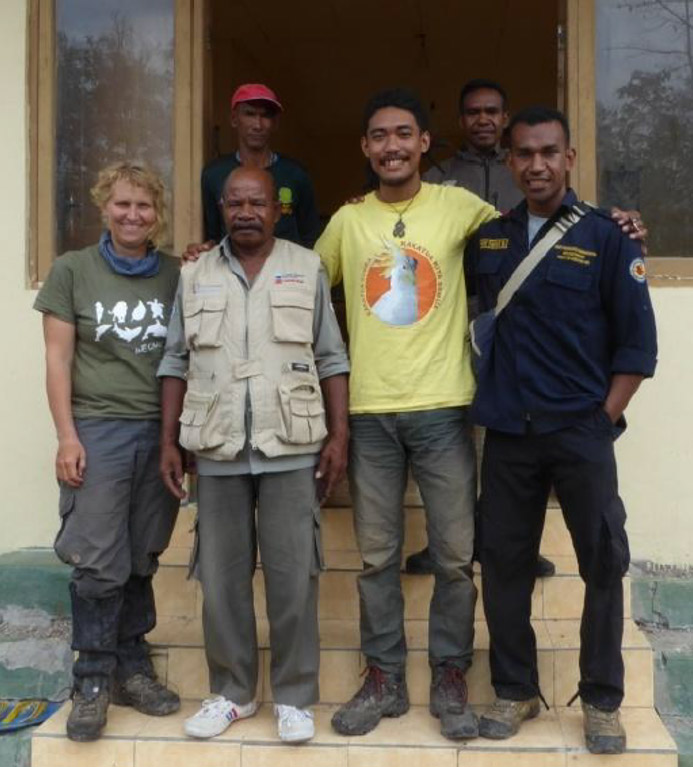 Survey locations were initially selected based on reports and records in digital and printed literature, and prior to field work Anna and Romy consulted each local conservation office about recent cockatoo sightings. Promising areas were then visited, and leads followed from village to village until cockatoo presence or absence could be confirmed. For fragmented habitat, minimal abundance of cockatoos was estimated by counting the maximum number of individuals sighted at one time, and where larger or several flocks were suspected, searches for communal roosts were undertaken to attempt observation of all individuals simultaneously. More sophisticated counting methods were only suitable for the largest and densest cockatoo populations.

The surveys began on Timor, of which the western half belongs to the Republic of Indonesia and the eastern half is East Timor. Differences between the two in conservation laws, administration, law enforcement and trade connections seem to make a big difference to the survival of cockatoo populations. Trade and travel from East Timor to Indonesia is highly controlled, effectively excluding the East Timor bird populations from the Indonesian bird market. Bird trapping was very common during the Indonesian occupancy but has almost ceased now. However, in the same period hunting birds for food became normal and consequently shooting cockatoos opportunistically when hunting pigeons is more common in East Timor than trapping them.

At four locations in West Timor, cockatoos reported by others totalled between 125 and 128 individuals, with a minimum flock size of three and the largest maximum flock of 47 cockatoos, observed on the island of Rote. Anna and Romy could only visit two locations, with a total count of 51 cockatoos. A diversity of habitats were used by the cockatoos, including dry lowland forest, coastal forest, mangroves, degraded primary and secondary forest remnants, and plantations. Three locations had some kind of protected area status, and the fourth had no formal protection by law but the cockatoos there are protected by traditional beliefs instilled in the community by the village head, an ex-trapper who decided 30 years ago to save the cockatoos instead. At two sites the cockatoos are monitored annually by the conservation authorities, and there is opportunistic monitoring by local communities at the remaining sites. Cockatoos commuting daily to adjacent plantations outside of a protected area run the risk of being shot or trapped, but the main threats include further habitat degradation and resulting nest site shortage, encroachment of agriculture into protected areas, and infrastructure development for tourism. 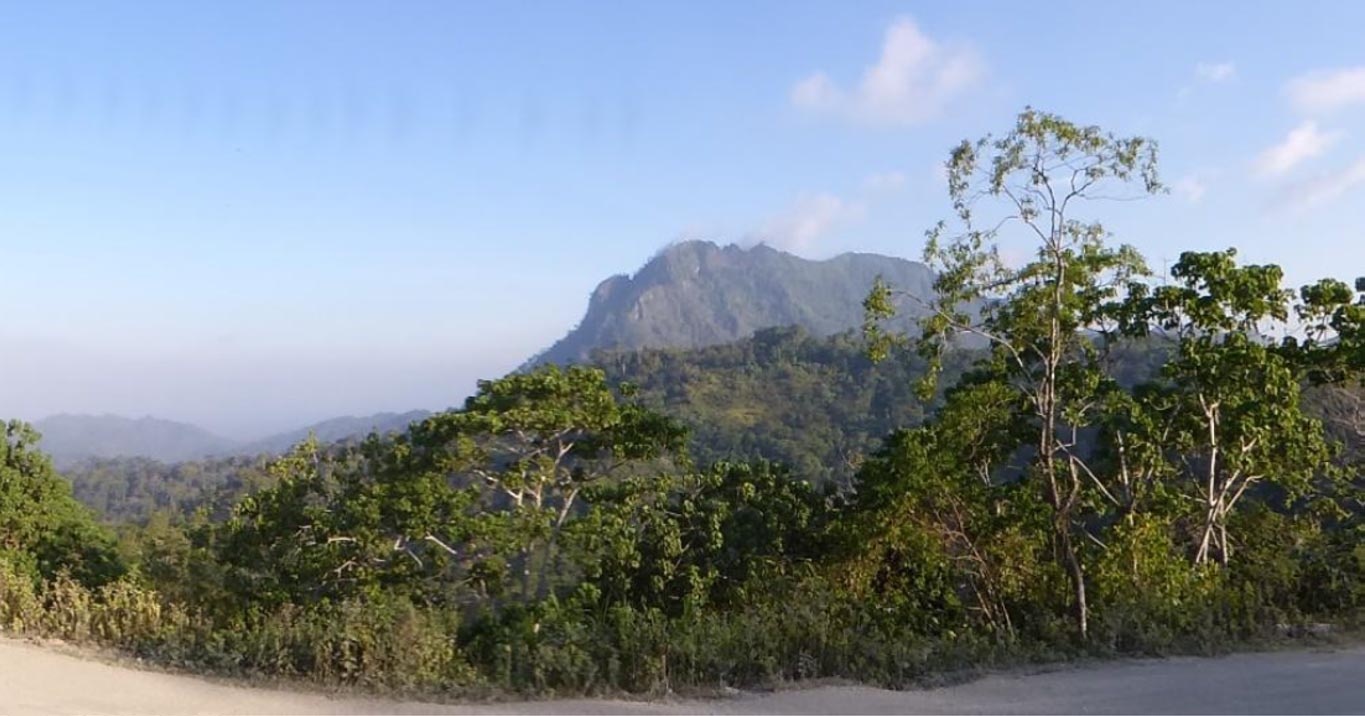 At six locations in East Timor, a total of between 179 and 206 cockatoos were sighted, and the largest flock was of 55 birds. Once again there was a variety of habitats from mangrove and savannah interspersed with gardens and forest patches, through mixed cultivation and coffee plantations, to largely or entirely primary forest and montane tropical forest. Three locations had no protection, but the other three were in national parks. In one of those, the Nino Konis Santana National Park, the cockatoos appear to form one large continuous population, because the habitat is not as fragmented as in nearly all other surviving populations of the species. Anna and Romy could only obtain an absolute minimum estimate of the population, and more research is needed at this location. The population here is probably the third largest of the species (after Sumba and Komodo) and relatively well protected in a national park, in the far corner of a country without a commercial cockatoo trade. Furthermore, reports of direct encounters with cockatoo from mountainous zones suggests that cockatoos could still be widespread at higher altitude. However, threats which require vigilance are the potential intensification of trapping, shooting and agriculture, and the encroachment of cultivation into primary forest. 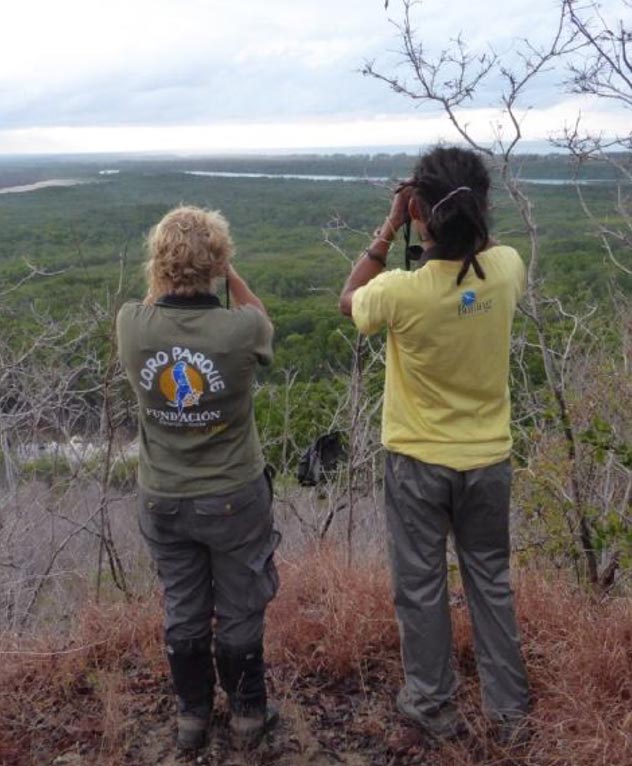 Sulawesi is the largest island in the cockatoo's distribution, but alarmingly might have the smallest population, with the nominate subspecies among the closest to extinction. The only confirmed cockatoo populations are on Pasoso Island, to the north-west, and in Rawa Aopa Watumohai National Park, south-east mainland Sulawesi. Inside this large park there is only a very small area where cockatoos can be encountered frequently. Anna and Romy surveyed five locations in that region, observing a maximum flock of 11 individuals at one site and failing to find any at two other sites. Reports from other observers give a total of only 21 individuals counted across the five locations. The national park authorities seem incapable of preventing illegal logging for cultivation, plantations and other activities in the centre of the forest, such that this habitat is very fragmented, in some areas functioning only as a corridor. 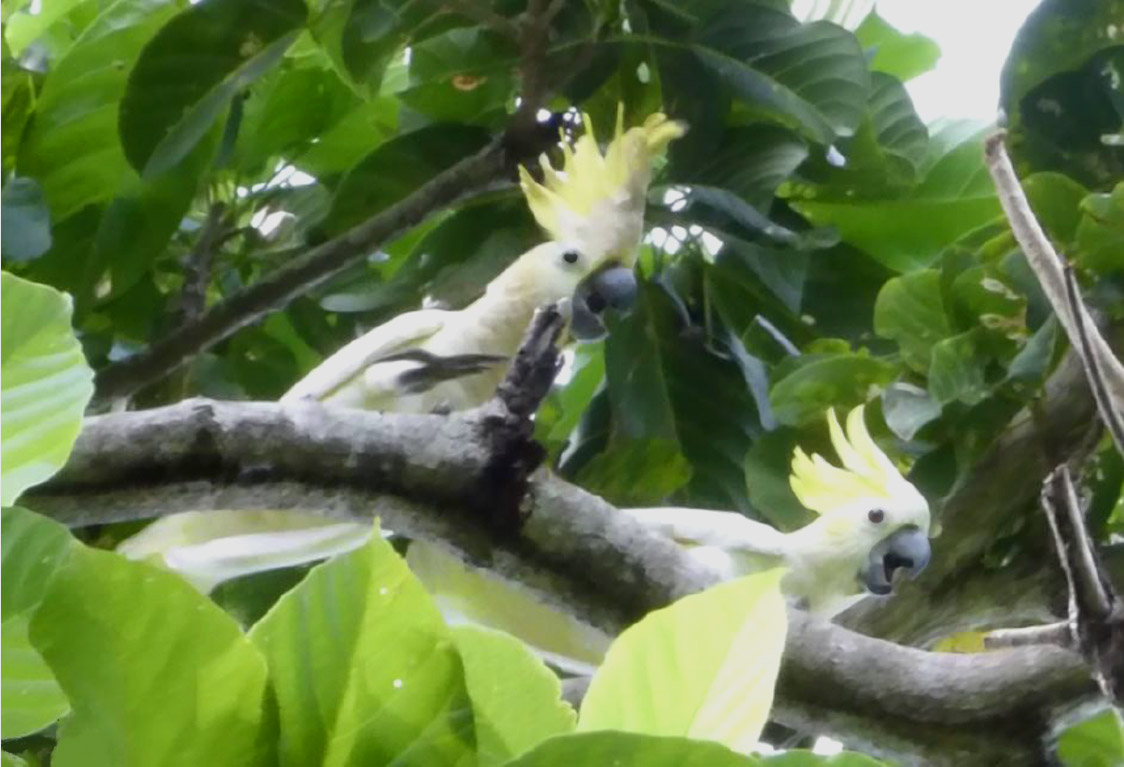 A pair of Yellow-crested Cockatoos in the Tukangbesi Archipelago.

Anna and Romy visited eight areas on Buton, an island which still has relatively large areas of forest, but failed to find any cockatoos, and all local reports were discouraging about the possibility that it still survives there. They moved on to the Tukangbesi Archipelago, which is contained in its entirety within the Wakatobi Marine National Park. Cockatoos were recently reported by other ornithologists on four islands in the archipelago, and Amy and Romy confirmed presence on three of those islands, with a maximum flock size of 18 individuals.  A previous maximum flock size of 50 was recorded, contributing to a total count of only 69 cockatoos across the four islands, but high encounter rates indicate a more sizeable population.

The diligent searching of this project has revealed that the Yellow-crested Cockatoo has a better chance in some parts of the eastern fringe of its range, but is barely clinging on in others. Without urgent action the long-term viability of the smallest populations is very unlikely. It is now with great anticipation that the project makes its key recommendations to boost the protection of the species in all its areas of occurrence.