Working together for the better

As someone who has sat on the fence, over many years, of the shooting and wildlife conservation debate, the article by Jake Fiennes has forced my 'troubled hand' on the topic. There is no doubt birders, naturalists, conservationists, shoots and land managers need to join forces to give our severely depleted wildlife populations a chance of survival. The statistics speak for themselves: huge declines in many species and habitats; the most nature-depleted country in Europe; heavily polluted rivers; less woodland than any other country in Europe; degraded soils – sadly the list goes on and on.

I felt the editors of Birdwatch were brave to publish the piece. Especially as the article was not entirely giving the full picture and was skewed towards the shooting fraternity. Indeed I felt Jake was making excuses for gamekeeping activity.

Since the dawn of humankind we have killed wildlife for our own reasons. It was in the time of the Victorians, with wealth and a desire to develop driven game, that the gamekeeper role evolved – he (it is almost always a man) became (and still is on many estates) the pivotal manager of the land, and the real business of bird and animal control started in earnest.

Jake refers to these as vermin, but I consider vermin to be like a weed – the wrong species in the wrong place and badly labelled. Are we still to consider raptors, Pine Martins, Wild Cats and other species as vermin? At one time Dipper, herons, sparrows and Common Kingfisher had a bounty on their head. But we don't now consider these species as vermin. 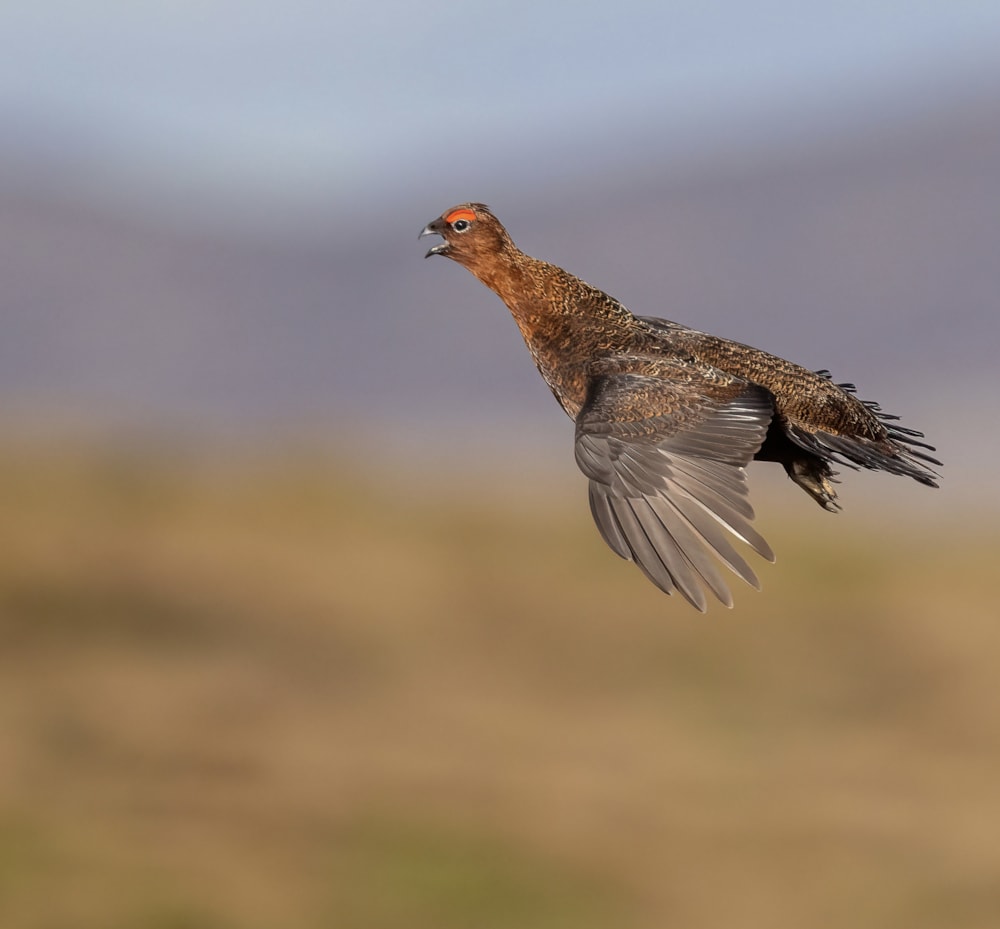 Many predators are termed 'vermin' and controlled by gamekeepers in order to maximise numbers of Galliformes, such as Red Grouse, to shoot (Ian Dickey).

Gamekeepers generally have a great deal of free rein on the land they oversee. The job can range widely from a part-time 'hobby keeper' with very little knowledge, even of the simplest duck identification, through to those with a wide range of abilities and expertise. It was once said that gamekeeping was a way of life rather than a 9-to-5 job, and in many cases that can still be true today. Perhaps the job description needs to change – what about land ranger? A person who manages estate habitats for all forms of wildlife; who organises and records wild rough shooting from deer to wild birds, waterfowl and rabbits.

In my view all shoots should be registered and compelled to adhere to a code of standards, to keep and produce species control records, to use steel shot, to be regulated in releasing reared game and so on. Shooting is an unregulated numbers game – it needs to change its mantra completely. It needs to be more honest with itself and others.

Fifty million birds released into the British countryside every late summer cannot be beneficial to wildlife, especially invertebrates. The huge amount of wheat used to feed these birds, the species 'controlled' to protect them (many of which are rare and protected), the vast tracts of moorland burnt each year, the amount of lead shot put into wetlands. The shooting industry can't keep burying its head in the sand over these serious issues.

A hardcore of wildlife conservationists wouldn't want to contemplate joining forces with the shooting industry, and vice versa. Gamekeepers have a wide range of abilities and interests, and so do the 'green' camp, from anti-blood sports, twitchers, naturalists, conservationists and serious ecologists – probably a much wider range of groups than the shooting lobby.

To pull both sides together as Fiennes suggests would take an enormous effort from both camps. But an honest debate needs to start for the sake of all our wildlife and habitats. For the sake of climate change, species extinction and ourselves we need a better countryside. Land rangers (aka gamekeepers) and conservationists do need, as Fiennes suggests, to work closer. But honestly, with understanding and patience.