Zoological Society of London (ZSL) scientists have shown that a precise remotely sensed wind speed can determine the flying behaviour of common seabirds.

The team of scientists say the new findings may help in understanding how future changing wind patterns may affect the behaviour of the birds. The study examined the impact of localised wind conditions on seabird behaviour and used a new style of tracking device to record flying data of a common ocean-flying seabird, Manx Shearwater, in more detail than ever before.

By monitoring shearwater burrows on Lundy, Devon, in the Bristol Channel, the team were able to capture birds as they left and affix a small, temporary GPS-tracking device to their backs, which recorded data about the bird’s location 10 times per second. When matched up to satellite-measured wind condition data, the team found that wind speed and direction could be used to predict whether the individuals were engaging in flapping or soaring flight.

Importantly, they found that soaring was significantly more likely to occur in crosswinds and tailwinds faster than 8 m per second. These periods of wind-powered soaring require less energy than flapping, and are used by many seabirds to reduce the energy costs of migration or foraging trips to sea. This suggests that the specific conditions that enable soaring are beneficial to the birds, as they may allow them to reduce energy expenditure. 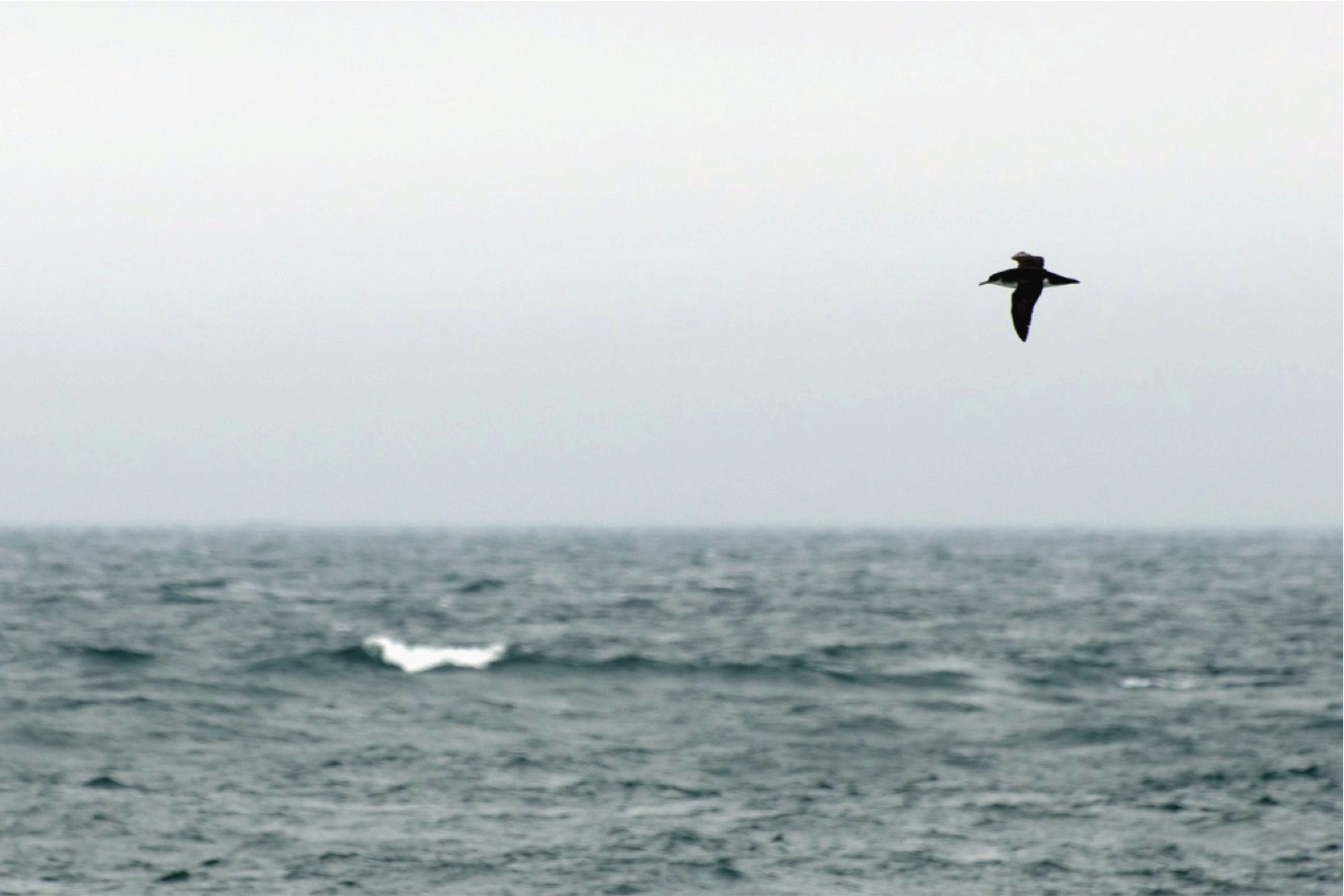 Manx Shearwater is an Amber-Listed species in the UK, despite being familiar to many. Photo: Zoological Society of London.

The results outline a clear way in which changing wind conditions could shape the foraging and migratory behaviour of open-ocean seabirds, as species may alter their behaviour to encounter conditions favourable to soaring. Understanding how environmental conditions like wind impact behaviour is an important topic not just for better understanding the lives of these animals but also to understand how our changing environment may impact their future.

The flight behaviours of the Manx Shearwater – currently Amber Listed as a bird of conservation concern in the UK – are seen in many other more vulnerable seabirds such as albatrosses, many of which are Critically Endangered on the IUCN Red List.

Lead author Rory Gibb from ZSL’s Institute of Zoology said: “This is the first time that these types of tracking devices have been used to look at exactly what these birds are doing second by second at such high resolution, rather than just recording their overall location, and we were quite surprised by our findings. While we knew that wind conditions were clearly important for soaring behaviour, we weren’t expecting such a clear shift from flapping flight to soaring at a specific wind speed.

“This suggests we might be able to use this threshold to investigate the importance of wind for key behaviour such as migration. As climate change threatens to continue to disrupt weather patterns worldwide, including wind, it’s vital that we understand how this will affect the behaviour and movement of different species, so we can best work to ensure their survival.”

Written by: Zoological Society of London