Researchers from the University of Reading have shown that it is wild bees, and not honeybees as previously thought, that are the unsung heroes for our food security. The study, led by Professor Simon Potts from the Department of Agriculture, examined how important insect-pollinated crops are to UK agriculture and how much of this work is done by honeybees.

Recent evidence suggests that honeybee hive numbers are in long-term decline in many developed nations. Analysis of hive numbers indicates that current UK populations are only capable of supplying 34% of our pollination needs, falling from 70% in 1984. In spite of this decline, insect-pollinated crop yields have risen by an average of 54% since 1984, casting doubt on long-held beliefs that honeybees provide the majority of pollination services.

Professor Potts said: "In the early 1980s honeybees provided most of our pollination services. However, following severe declines in hive numbers over the last 30 years, there are no longer enough honeybees to do the job and it is now our wild insects, such as bumblebees and hoverflies, that have filled the void to ensure that our crops are pollinated and our food production is secure." 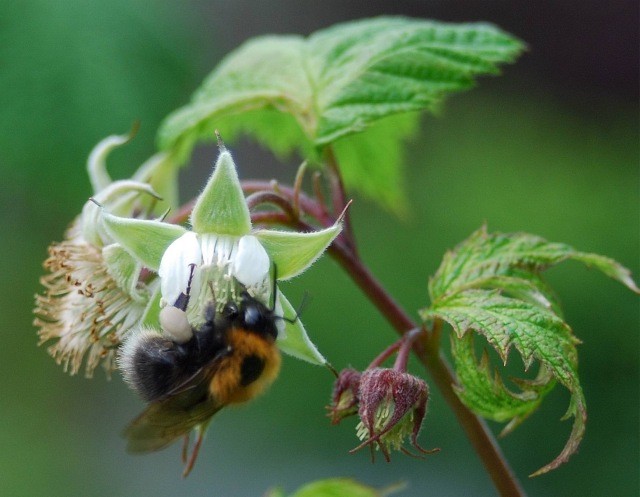 Many of the UK's most valuable crops, including apples, strawberries, runner beans and, increasingly, oilseed rape, are pollinated by other insects. Tom Breeze, who conducted analysis for the study, said: "The total monetary value of pollinators to crop production in the UK is estimated at £430 million per year. This research suggests that the majority of this value is derived from wild pollinators and not honeybees."

Stuart Roberts, Chairman of the Bees, Wasps and Ants Recording Society, said: "We welcome this research from the University of Reading. Though many beekeepers still believe that honeybees are the most important pollinators, they can only pollinate a third of crops at most, and in reality they probably only contribute to 10–15% of the work. Wild bees are the unsung heroes for our food security and so it is these species on which we need to focus our conservation efforts." 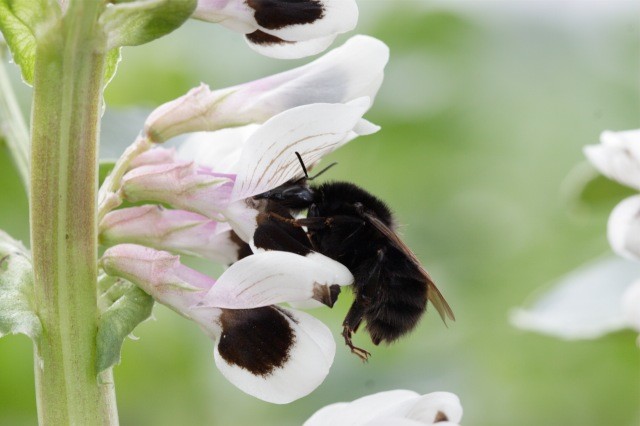 As insect-pollinated crops are likely to become increasingly important to UK agriculture in the immediate future, the study will help direct new developments in effective pollination management at a field and landscape scale.

The research, entitled 'Pollination Services in the UK: How important are Honeybees?', compared the number of honeybees required to provide ample pollination to crops with the total number of hives in the UK. It is published in the journal Agriculture, Ecosystems and Environment.

The research is funded by The European Community’s Seventh Framework Programme STEP Project (Status and Trends of European Pollinators, www.step-project.net).