A new study, carried out by the BTO in Scotland, has shown that Whinchat breeding success benefits from grazing.

Managing land for the conservation of birds is a balancing act – different species require different conditions in order to thrive. One way to manage land is by grazing, either by wild or domestic animals. In the case of domestic livestock, when the use of that land changes and livestock are no longer grazing, it provides an opportunity to assess how the resulting habitat change affects the distribution and breeding success of bird species.

What is arguably even less well understood is the role of climatic variation at the local scale (micro-climate) and how that can interact with land management to influence how birds respond to change. 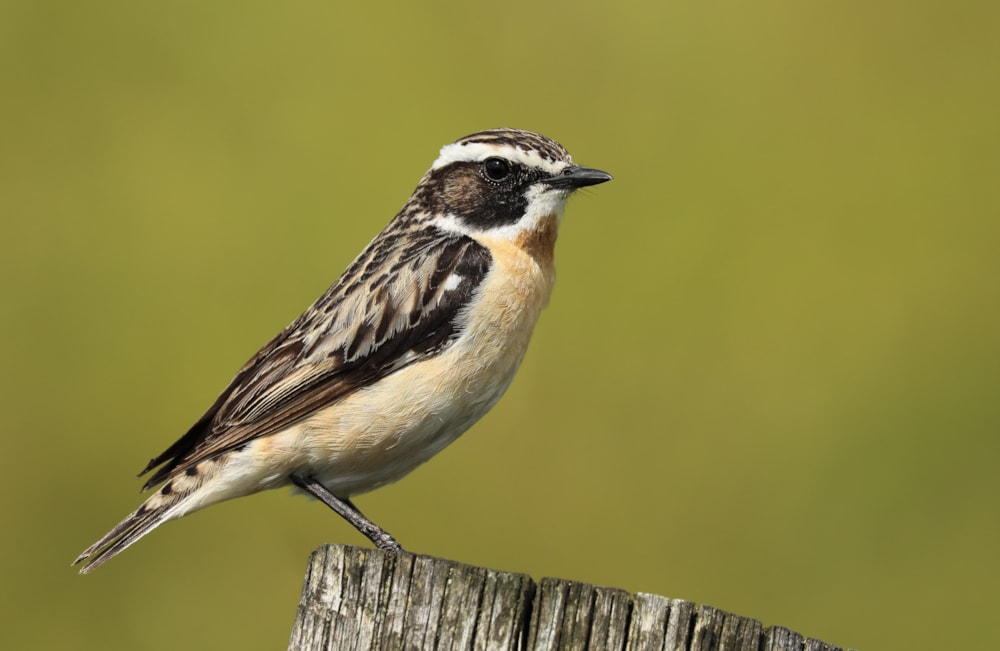 When grazing ceases, Whinchat tends to nest at higher altitudes, where climate conditions are harsher and breeding success is reduced (Alan Gallagher).

Whinchat is being increasingly prioritised as a species for conservation action and as an indicator of the condition of grassland habitats. Studying the distribution of breeding Whinchats in Scottish uplands following cessation of grazing has allowed BTO scientists to explore the impact of habitat transformation on this species.

Numbers of breeding Whinchats were surveyed across eight years in three upland areas of central Scotland. One of these areas ceased grazing during the study period, one before the study and one continued to be grazed – thus allowing for a comparison on how, where and when this affected breeding Whinchats.

Following the removal of grazing, Whinchat breeding territories tended to move to higher areas, which is where the ground vegetation structure remains more varied and, crucially, some shorter grassland remains. While the study sites were grazed, Whinchats tended to occur, and their breeding attempts were more successful, at lower elevations and with warmer temperatures. After grazing ceased, these birds appeared to follow the remaining suitable habitat structures which generally took them into areas with a harsher and less suitable microclimate.

This work shows the importance of not only maintaining suitably mixed habitat structures that can support grassland birds such as Whinchat, but to ensure also that those areas have a suitable microclimate for those species.